Agent Kallus: One of the Best Characters in Star Wars

In its early days, Star Wars was a simple affair: good was good, bad was bad, and the most complex character was that lovable rogue, Han Solo. But over the decades, and especially with the arrival of two outstanding animated TV series, Star Wars has moved further and further into shades of grey. The galaxy isn’t as simple as once it was, nor are its denizens.

Who is Agent Kallus?

We don’t know a lot about Kallus’s backstory, but it’s clear that his skill and hard work saw him singled out for special training in the Empire. When we first meet him in Star Wars: Rebels, Kallus is called an “agent” and holds a great deal of authority even though his actual Imperial rank isn’t mentioned.

Kallus is one of the first villains we meet in Rebels, an ISB agent brought in to deal with the growing insurgency on the planet Lothal, and he fills the role superbly. But Star Wars isn’t just black and white anymore, and his role as antagonist is anything but straightforward. 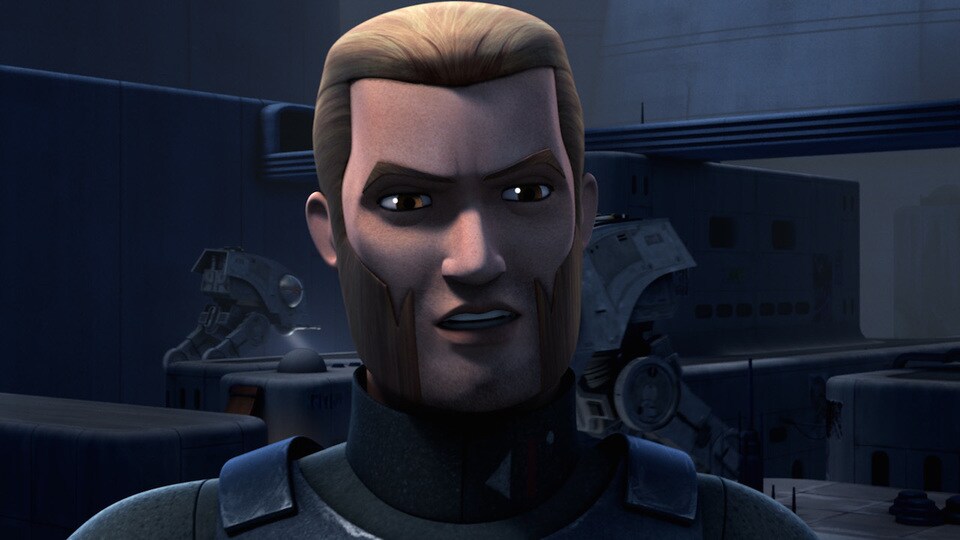 What is the Imperial Security Bureau?

Kallus is a member of the Imperial Security Bureau, which is a mysterious organization never fully explained in the screen versions of Star Wars. Books and comics offer additional insights, but all we really know is that the ISB is a combination intelligence service and secret police with such extraordinary power that even the captain of a star destroyer will defer to an ISB agent.

At first, Kallus is just a simple villain

In the first season of Rebels, Kallus actively hunts down the Ghost crew, focusing particular attention on the outlaw Jedi Kanan Jarrus. Kallus is cruel, arrogant and seems to value the lives of his stormtroopers even less than those of his enemies. His loyalty to the Empire is absolute and he sees the growing Rebellion as a disease.

Kallus and the Ghost crew

Kallus crosses paths with Kanan Jarrus, Hera Syndulla, Ezra Bridger, Sabine Wren and the droid Chopper, considering them at first nothing but pests to be crushed by the Empire’s vast resources. After an Empire Day celebration goes wrong, Kallus takes personal command of the crackdown against the Lothal population, even poisoning food that he leaves for the Rebels to steal.

As the first season of Rebels plays out, there’s no doubt in our minds that Kallus is an evil character and a personification of the Empire itself.

Kallus and the Lasan genocide

One of his most vicious moments comes when he crosses paths with Zeb Orrelios, a member of the Lasat people and former captain of the Lasat honor guard. Kallus declares that he led the attack on Lasan years earlier that wiped out the entire Lasat population. Kallus holds up the bo rifle he took from a fallen Lasat warrior, goading Zeb into combat. The fighting skill of both men is impressive, but the Imperial officer astonishes the Lasat warrior by besting him in the fight. Only a Force blast from Ezra Bridger allows Zeb to escape. 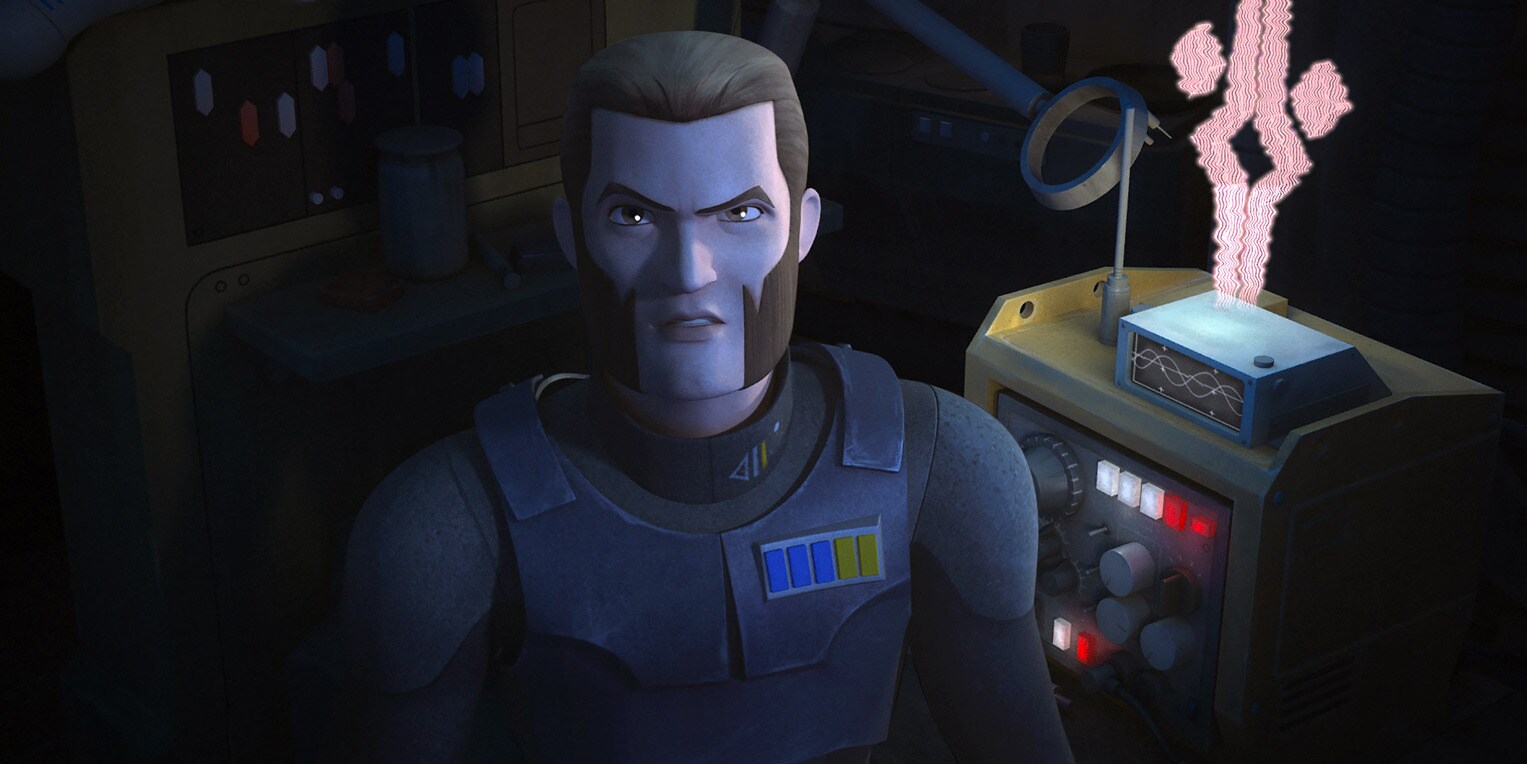 But Kallus is more than he seems

The Empire’s efforts to hunt down Hera Syndulla and her crew intensify as Darth Vader himself joins the hunt and Kallus admires Vader for his ruthless efficiency and battle tactics. Another senior Imperial officer, Grand Admiral Thrawn, eventually takes command and Kallus could have drifted into the dramatic background, reduced to a thuggish servant as Thrawn took center-stage.

But Dave Filoni and the Star Wars: Rebels writers weren’t content to let Kallus remain static as a character.

Despite his many ruthless actions against the Rebel forces, Alexsandr Kallus is more than just a mindless servant of the Empire. In a particularly chaotic battle, he and Zeb Orrelios wind up together aboard an escape pod, crash-landing on a frigid planet. Kallus is badly injured, there are monsters near the crash site, and the cold night will surely kill them both. Working together, Kallus and Zeb survive and gain real respect for each other. They help each other evade capture by the other side: Zeb is rescued by the Ghost crew and Kallus is eventually recovered by an uncaring Empire.

At this point Kallus begins to question his own loyalty. It takes time, but he eventually joins the Rebellion, first as an informant called Fulcrum and later, after the Alliance barely escapes the trap set by Grand Admiral Thrawn, as an active Rebel. He helps Sabine Wren escape the Imperial pilot academy, provides invaluable data to the Rebellion as Fulcrum and, even when captured by Thrawn and forced to watch the trap get sprung, remains loyal to the Rebel cause.

Another Triumph for Star Wars: Rebels

Star Wars has matured over the years, and Alexsandr Kallus is a good example of more nuanced writing. Kallus is a loyal servant of the Empire when we first meet him – a purely evil character who we love to hate. But even in this role we see how he respects the Ghost crew as adversaries, how he’s shocked at Grand Moff Tarkin’s execution of Imperial officers and how he can even display a sense of humor. There is depth here, even at the start.

It takes several seasons, but the journey of Kallus from one of the Empire’s greatest tools to a double agent named Fulcrum to a dedicated soldier in the Rebellion is a believable and worthwhile one. 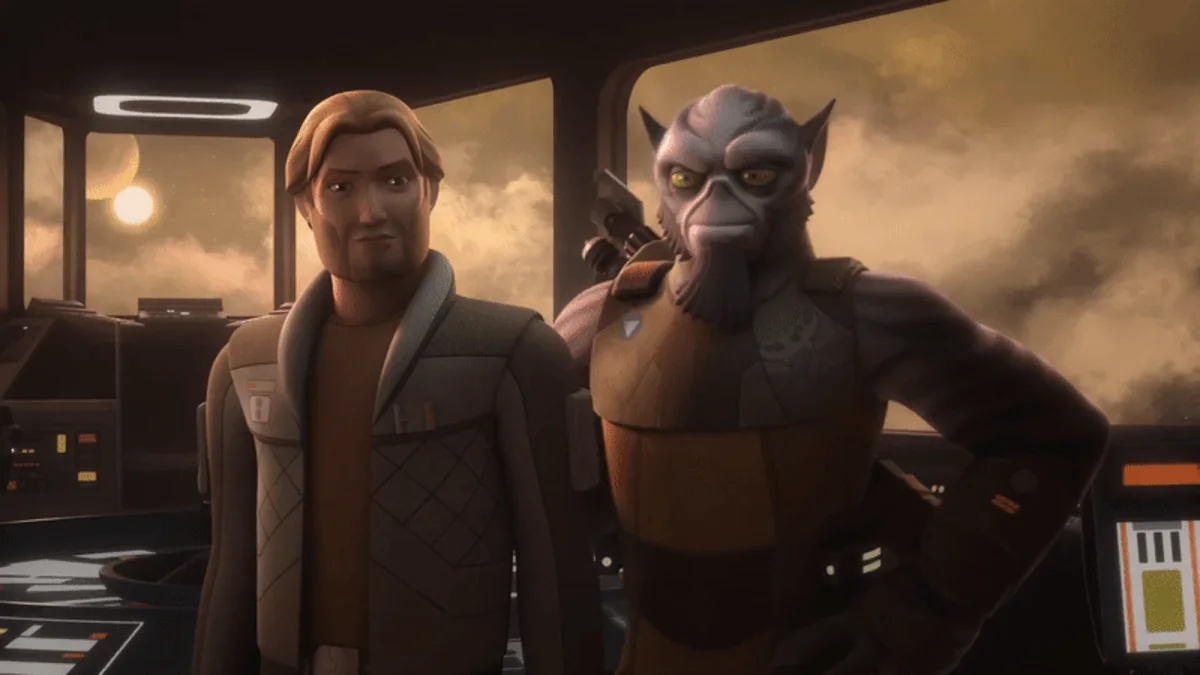