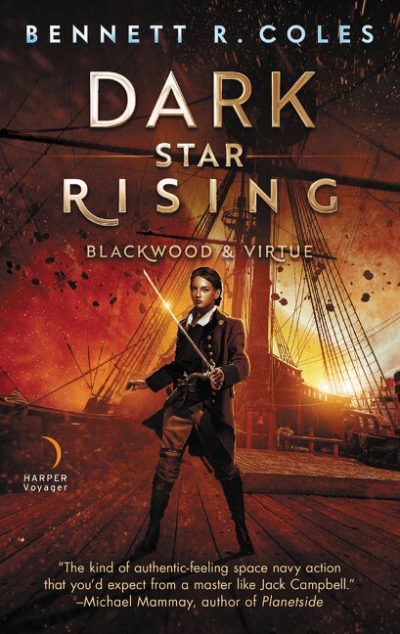 The mission for Daring and her crew has become more complicated. Their battle against the pirates has revealed a much wider-reaching and sinister threat to the Empire, led by a mysterious figure known only as “Dark Star”.  Daring’s mission is now drawing increased enemy attention, as well as ruthless competitors from within the Imperial nobility. Liam and Amelia must fight to stay one step ahead in an ever-tightening web of intrigue and danger, their mission stretching from courtly ball rooms to the wasted remains of alien worlds. The secret behind Dark Star, however, will threaten their relationship, their mission, and the very fate of the Empire.