Star Wars isn’t always subtle, but every now and then it brings forth a deep concept. And that’s when hard-core Star Wars fans get started.

Let’s take a look at a crucial supporting character, Bail Organa, and an enigmatic statement made by Luke Skywalker: “No-one’s ever really gone.”

Even casual Star Wars viewers will probably recognize this character. Bail Prestor Organa, played by Jimmy Smits, appears in the Prequel Trilogy movies and Rogue One. For those familiar with the animated series he’s a recurring character in both Clone Wars and Rebels. Representative of the planet Alderaan in the Galactic Senate, he stands out as a person of good character in a political system rife with corruption. Even so, he was never one to stand in the spotlight, preferring to work behind the scenes to effect change.

Representing Alderaan in a troubled galaxy

When the Trade Federation set up their Separatist blockade of Naboo, Bail Organa’s support of Padmé Amidala was unwavering. Although never shown on screen in the final version of Phantom Menace, we know that there are deleted scenes featuring him and according to Star Wars Universe rules we can  infer the canon implications. In other words, his support was so subtle that it didn’t even make it onto the screen – but that doesn’t mean it didn’t happen. 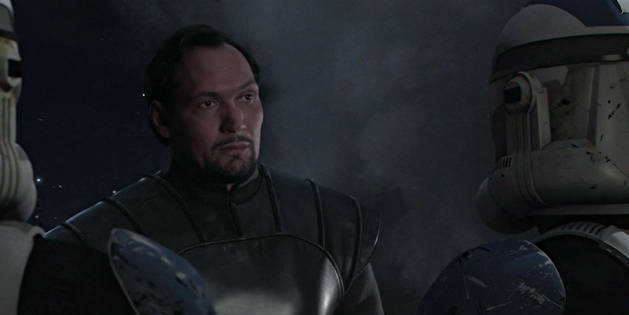 When Count Dooku instigated the Separatist Crisis, Bail Organa continued to work for peace, standing up the Loyalist Committee with other senators like Mon Mothma and Padmé Amidala. Organa always respected the law and tried to work with Supreme Chancellor Palpatine, but as the events of Revenge of the Sith played out, both the Galactic Republic and the Separatist Movement were overthrown by the First Galactic Empire.

Ensuring that a new hope could shine

Bail Organa was on Coruscant when Anakin Skywalker (now Darth Vader) led his clone troopers against the Jedi Temple, and the senator of Alderaan tried unsuccessfully to stop the madness. He could have run at that point, but here we see Bail Organa’s courage as he risked his life to save surviving Jedi masters Yoda and Obi-Wan Kenobi. Organa traveled to the remote medical facility where his dear friend Padmé was dying in childbirth, even agreeing to become the adoptive father of Padmé’s daughter.

Some fans have asked if Bail Organa was related to Padmé, but events show that they were just close friends. His adopted daughter Leia, however, bound them together for the rest of his life. And as an Alderaanian princess, Leia proved she was every bit as brave, idealistic and stubborn as both her natural and adopted parents (let’s not forget Anakin Skywalker is part of this equation…). 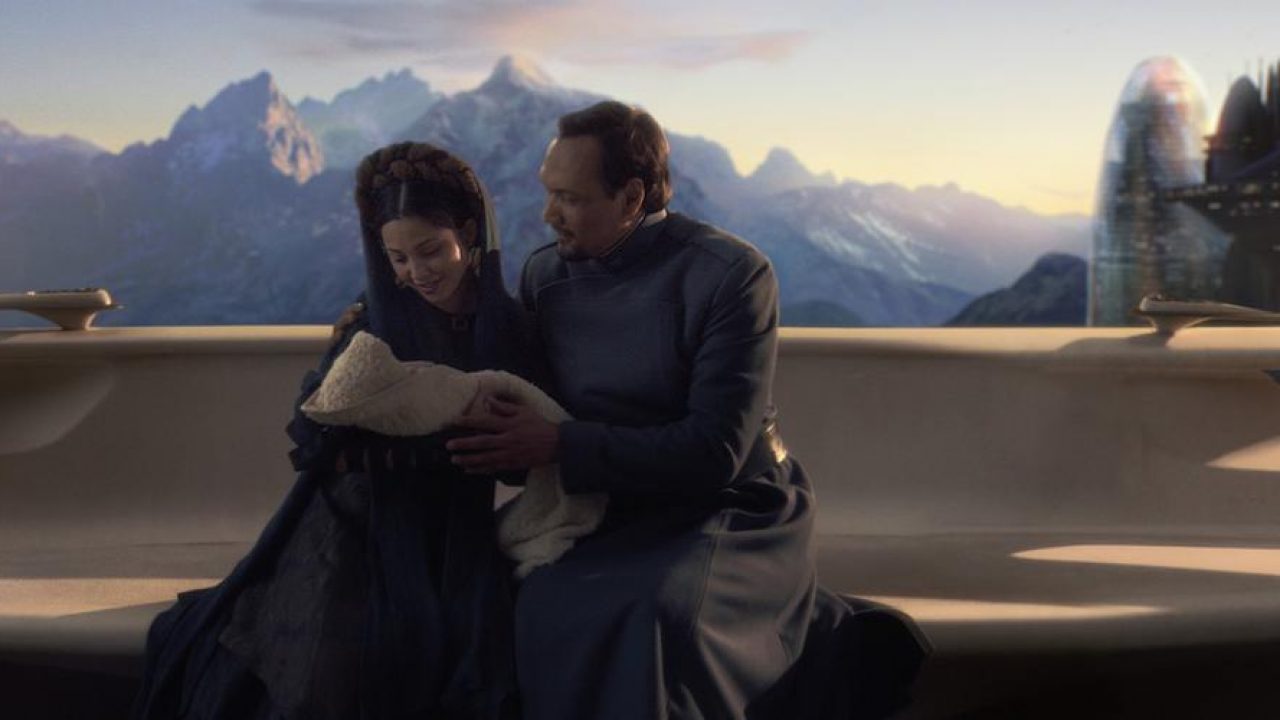 Bail Organa: Founder of the Rebellion

One aspect of galactic history for which Bail Organa rarely receives his due is the pivotal role he played in building the Rebellion. In Clone Wars Bail works tirelessly for the Republic, and Revenge of the Sith shows his opposition to Darth Sidious, but it wasn’t until Rebels that we saw Bail’s tireless support for the Rebel cause. Through the donation of ships and supplies he’s able to secretly assist Rebel cells scattered across the galaxy, and while he tries to shield his daughter from his work, Leia Organa eventually gets directly involved and, thanks to her father’s example, becomes a leader in the Rebel Alliance.

But perhaps Bail Organa’s greatest contribution to fighting the Empire was his creation of a spy network. Former Jedi Ahsoka Tano is one of his first recruits, and the extensive network he builds is showcased both in Rebels and Rogue One. Without it, a unified Rebellion would have been impossible.

Bail Organa in Rogue One: A Star Wars Story

Eighteen years into the Imperial era, Mon Mothma has become the public leader of the Rebel Alliance, but Bail Organa is still closely involved. These old friends from the Loyalist Committee have tried for years to maintain at least some aspects of the Republic within the Empire, choosing peace over war.

At this point in galactic history, Bail Organa is the only person alive who knows that Yoda and Obi-Wan Kenobi are still alive. It’s clear that even Mon Mothma doesn’t know who his “Jedi friend” is – it’s a testament to Bail’s integrity that he’s kept this secret for nearly two decades. The secret of his lost friend Padmé Amidala was still secure; it’s one mission that never ended.

Bail Organa: A victim of the Death Star

His last moment in Rogue One is his departure from the planet Yavin, a smile on his face as he thinks of Leia and how he’d trust her with his life. But very soon after, the events of the original film catch up to our quiet hero, and we all know how that ends.

Was Bail Organa killed on Alderaan?

This is the thing about Star Wars in this new age of non-chronological story-telling. Don’t get me wrong – there’s no debate over the results of Grand Moff Tarkin ordering the Death Star’s superlaser to open fire on Alderaan. That planet was utterly destroyed. We also know that Bail Organa was heading for Alderaan. But did he arrive in time for the Death Star attack?

We don’t actually know for sure.

Now, if all we had was the original three films then I’d say we know for sure. That plot point and its implications were pretty clear in A New Hope. But nowadays nothing’s for certain, especially after the epic retcon of The Rise of Skywalker.

Perhaps the greatest moment surrounding Episode IX is the last seconds of the trailer (yes, the trailer ranks as one of the finest moments) when we hear Luke’s soothing words to Leia from The Last Jedi, followed by the familiar cackling of the Sith Lord Palpatine.

Could this idea apply to Bail Organa?

Living on in the Force?

To be fair, this isn’t the first time Star Wars has dabbled in surprises. Obi-Wan Kenobi, Yoda and a clutch of Jedi characters are still part of the saga even after death. I’m not suggesting that Bail Organa might be a Force ghost, but it wouldn’t completely surprise me if Disney tried to argue that his close connection to Obi-Wan Kenobi somehow passed some midi-chlorians his way.

Living on in secret?

Another scenario would be that Organa’s ship hadn’t yet reached Alderaan when the attack happened. Perhaps Bail had diverted to Coruscant for one last attempt at diplomacy within the Imperial Senate. This isn’t that far-fetched. Although it would be a huge retcon, it wouldn’t technically contradict anything we’ve seen on screen to date. (And at least Leia didn’t kiss Bail…)

Who knows, maybe Bail Organa escaped to a distant corner of the galaxy and is hanging out with Jedi Master Shaak-Ti – another fan favorite whose death has long been inferred but never actually shown (although there have been no less than three death scenes filmed for her – two deleted scenes in Revenge of the Sith and a Force vision in Clone Wars).

Living on in memory

But even if Bail Organa died on Alderaan, in a very real sense he lived on both in his daughter and in the Rebellion that he played such an important role in building. It’s a neat idea to consider.

From the ashes of the Empire rose the New Republic and while Bail may not have been alive to see it, the new organization very much carried the spirit of everything he’d worked for. The old Republic was far from perfect, and what little we know in canon of the New Republic suggests it also had its flaws, but both were organizations founded on freedom and cooperation.

Bail Organa doesn’t get as much credit as he deserves, working tirelessly for decades to preserve what elements of democracy and diplomacy he could, even as he pragmatically built a freedom fighting force able to strike when the time was finally right. Compare this to Obi-Wan, who hid out on Tatooine for eighteen years. You might argue that Obi-Wan was staying hidden to protect Luke… Unless you compare him to Bail who managed to protect Leia even while he fought from the shadows.

Thinking about it, Bail Organa was actually a better representative of the Republic than Obi-Wan, accomplishing far more for galactic freedom under the Empire.

The official story is that they both died on the same day. And while one of them lived on as a Force ghost, I think we can safely say that the other lived on in the fabric of galactic society.