Hera Syndulla is one of the best characters in Star Wars, hands down. But for fans who steer clear of animated TV, she’s a complete unknown. And despite the excellent storytelling in the animated Star Wars shows, it sometimes seems like a character hasn’t really made it to the “big time” until they appear in live action.

The good news is, there are plenty of live action projects in development at Disney’s Lucasfilm. But would any of them be a suitable jumping off point for this magnificent character? Let’s take a look at where Hera might fit best. 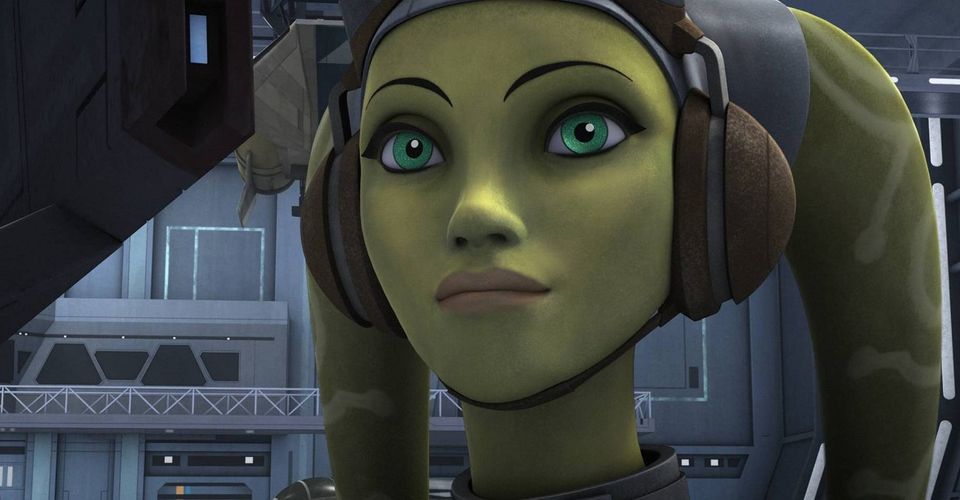 Who is Hera Syndulla?

But first, just in case you’ve never watched Rebels, here’s a quick rundown on who Hera is.

A Twi’lek from the planet Ryloth, Hera is easily distinguished by her green skin and long lekku (or “head tails”). She grew up during the Clone Wars, daughter to Eleni and Cham Syndulla. Her father was a military leader during the wars, fighting actively against the Separatists but opposing the corrupt Republic just as much. Hera’s planet became a battleground in the galactic conflict and as a child she watched her parents lead the people in a battle for freedom. That struggle didn’t end when the Empire came, but after Eleni’s death (of which we still have almost no info) Hera and her father Cham became estranged as he devoted all his energy toward freeing Ryloth.

Hera left her homeworld with her faithful droid Chopper and somehow got her hands on a fast freighter that she named the Ghost. Gaining renown as a pilot and smuggler, Hera gathered a crew of lost souls including former Jedi Kanan Jarrus, disgraced Mandalorian Sabine Wren, homeless warrior Zeb Orrelios and, finally, street urchin Ezra Bridger. The Ghost crew grew into a family, and Hera was both captain and mother-figure as she led her team through many adventures against Imperial control.

Hera learned how to fight oppression from Cham Syndulla, and she eventually connected with the growing Rebellion through a mysterious figure named Fulcrum, who turned out to be none other than Ahsoka Tano who continued to fight the Empire that had destroyed her beloved Republic. Hera’s ship and (reluctant) crew became a fixture in the Rebel fleet and Hera became such an important fighter in the Rebel Alliance that she earned the personal attention of Grand Admiral Thrawn. 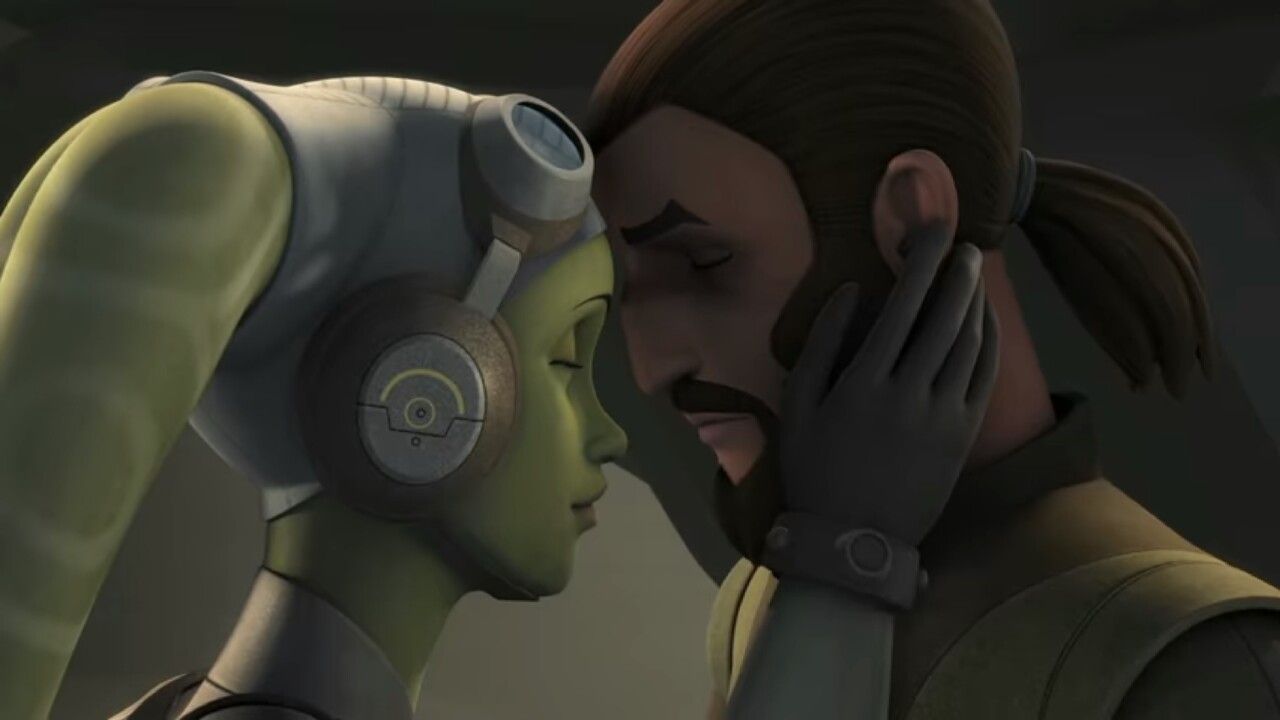 Although she ultimately became a famous general with the Rebels, Hera was always a kind and loving person: she fell in love with Kanan, kept a level head and a sense of humor, and always put her fellow soldiers above herself. Like her father she suffered tragedy when Kanan died in the opening days of the Galactic Civil War. Also like Cham, though, she called upon her inner strength and worked even harder to destroy the Empire and free the galaxy.

The last we saw her, shortly after Return of the Jedi, she had a young son (Kanan’s) named Jacen and she was still a major figure amongst the Rebels. Did she later join the New Republic, or retire to a quiet corner of the galaxy? At present, we don’t know.

Hera Syndulla – bringing back the respect for Twi’leks

Perhaps the single greatest thing Hera has done for Star Wars is to tackle the awful stereotype that plagued the franchise: the image of Twi’leks as the “sexy alien” who only ever seemed to appear on screen as exotic dancers. Hera is a well-rounded, complex character who demands respect: she’s genuinely likeable but far from perfect, and woe to anyone who crosses her or her friends. Hera is a force of nature, whether she’s battling TIE fighters or teaching her bickering crewmembers an important life lesson. She also happens to be very attractive- but never once does that define her.

Hera after the Clone Wars

We had another glimpse of Hera recently in the new animated series The Bad Batch, which is set shortly after the Clone Wars as Imperial control is still spreading across the galaxy. We see young Hera’s parents framed for the apparent murder of Senator Orn Free Taa, and as a young teen Hera has to join the mysterious members of the rebel clone squad to avoid being captured.

At this point both her parents are still alive and her family life seems happy: nothing has yet been revealed to say exactly why Hera and Chopper leave Ryloth, but more details could come in the next season of The Bad Batch. 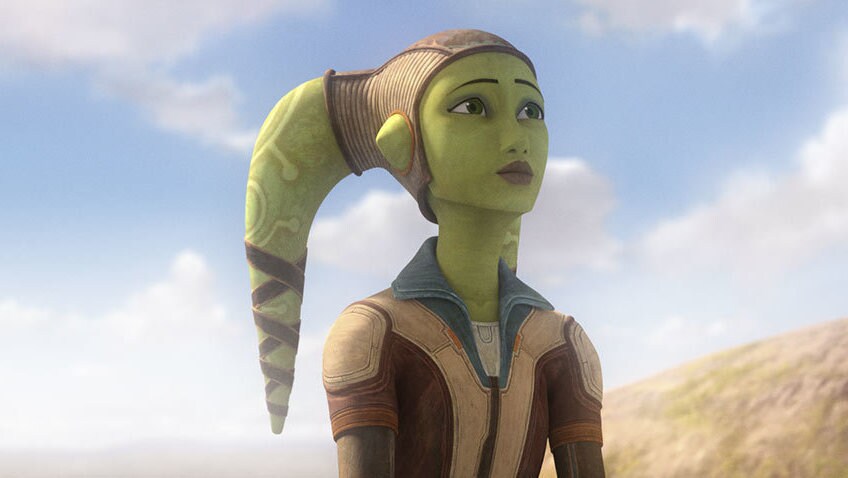 Where can Hera go after Star Wars: Rebels?

And while it’s great to see Hera again outside Star Wars: Rebels, The Bad Batch is still animated. Will Hera make the jump to live action? Voice Actress Vanessa Marshall has certainly signaled her interest in bringing her beloved character to life, but is there a promising opportunity?

General Syndulla in The Mandalorian

With his mission to deliver Baby Yoda (okay, Grogu… whatever) to a suitable teacher, Mandalorian Din Djarin could go pretty much anywhere in the next season. He’s already crossed paths with the New Republic a few times: it would be pretty awesome if the next time he’s intercepted by a group of ships the lead pilot is our favorite Twi’lek. New Republic hero General Hera Syndulla could easily have a new mission for Mando in her ongoing quest to destroy the Empire.

An even closer link to Rebels would be the upcoming live-action show Ahsoka, based around the former Jedi and long-time friend of Hera. Speculation is already rampant that both Ezra Bridger and Sabine Wren will be making their live action debuts in this series – bringing Hera back into the story would be a natural step. 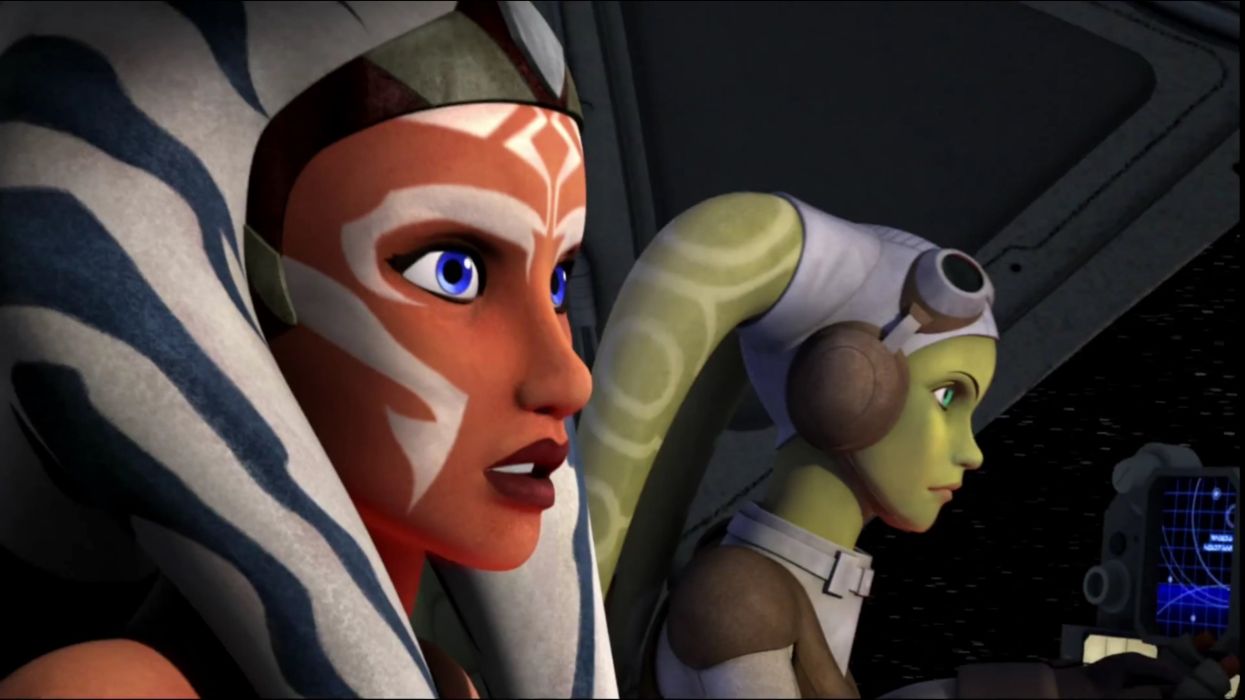 Another intriguing idea would be to bring Hera to live action alongside Cassian Andor in his new show based before Rogue One when the Rebel Alliance was still skulking in the shadows. Star Wars: Andor will likely take place at the same time as Star Wars: Rebels in the Star Wars timeline, leaving all sorts of possibilities. Maybe Cassian, having just stolen a critical device from a secret Imperial site, gets picked up by a non-descript cargo ship and led through some harrowing adventures by a beautiful young Twi’lek pilot.

Now, I’m not suggesting that Cassian and Hera ever got together, but there’s nothing limiting our favorite Twi’lek character from loving a dashing Rebel spy before later meeting the man of her dreams in Kanan. I’m just throwing it out there…

But perhaps the greatest way that Hera could enter live action Star Wars would be on the big screen. The next feature film due to drop is Rogue Squadron in 2023 – I can’t think of a more perfect way to bring Hera to the big time than showcasing her as the commander of a squadron of ships fighting the last gasps of the Empire.

It would be the perfect bridge from Star Wars: Rebels to see this daughter of Ryloth marshall all her talents and lead an explosive force of fighters on the big screen. If ever there was the chance for an epic crossover of a major character, this is it.