Star Wars: The Rise of Skywalker isn’t quite the worst Star Wars movie (Attack of the Clones is) but it’s close. There are many reasons for this, but the most epic (spoilers ahead) is the reveal that Rey is descended from Emperor Palpatine.

The Force Awakens sets up Rey’s parentage as a mystery, and her emerging Force powers told us that there was much more to this scavenger. The Last Jedi then turned this expectation on its head when Kylo Ren declared (and Rey tearfully admitted) that her parents were nobody – filthy junk traders who sold her for drinking money.

And then Rise of Skywalker came along and threw that idea out, revealing that (surprise!) Palpatine didn’t die in Return of the Jedi, that he had a son, and that Rey was his granddaughter. I realize that as Episode IX this film had to tie up both the Sequel Trilogy and the entire Skywalker Saga, but I mean… come on! Making Rey a Palpatine was no doubt intended to be the biggest WOW moment of the franchise, but it was just set up so poorly. 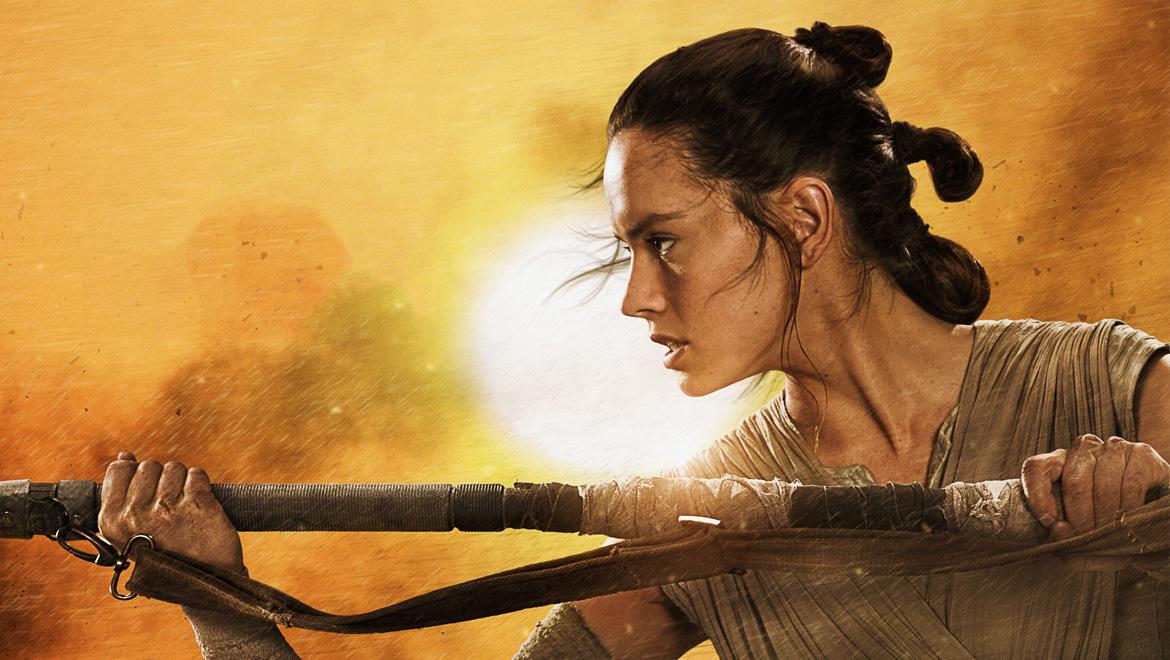 At least it wasn’t Darth Vader

Now The Empire Strikes Back – there was a good movie. And its most famous moment is, of course, the stunning reveal that Darth Vader is Luke Skywalker’s father. That moment shocked audiences, but even though it was surprising we totally bought it – because we’d been set up dramatically to be ready for it. True, the idea that Vader was Luke’s father wasn’t part of the original Star Wars, but Empire was masterful story-telling and when we found ourselves in the moment, it suddenly made sense.

(Harry Potter pulled off the sort of WOW moment when Harry and Voldemort were revealed to be connected: a shock that made perfect sense because it had been so cleverly set up.)

Maybe Rise of Skywalker knew things were a little shaky after Last Jedi and wanted to go for the big punch. But instead of taking the time to carefully build toward the surprise – you know, maybe have Rey on a quest throughout the movie, only one step ahead of a half-mad Kylo Ren – the movie watered down the surprise in literally the first words of the crawl: Darth Sidious (aka Palpatine) is still alive. And then the story staggers along on several unclear paths that lead us nowhere. So when Rey’s father is revealed to be Palpatine’s son, we’re just sort of sitting there shaking our heads.

So much more could have been done with this idea, but like everything else in Rise of Skywalker, it was poorly executed.

Who could have been Rey’s parents?

The Force Awakens did a good job of introducing this new character Rey, brilliantly portrayed by Daisy Ridley. She’s a curiosity in that she’s young and alone but clearly a survivor. Her Force vision in Maz Kanata’s palace ties her to the Skywalker legacy but leaves so many questions. Perhaps the most poignant moment in the vision is Rey as a child crying for her parents to not leave as a spaceship thunders off into the sky.

The question of Rey’s parents was set up to be a major mystery and a major arc for the trilogy, and there was no shortage of fan theories that emerged.

Although their time together was tragically short, the connection between Rey and Han was obvious. Even their mutual affinity to the Millennium Falcon was touching. The additional fact that the new trilogy’s villain was Ben Solo made the idea of Rey being Han’s daughter even more intriguing. Although Han himself had no known Force ability, it left the door open to who Rey’s mother might be. That would have opened some interesting possibilities.

I have a friend who hated Force Awakens precisely because it undid Han and Leia’s happy ending from Return of the Jedi. But as we learned in Episode VII, that relationship didn’t end well. So while Han was a fan favorite to be Rey’s father, that didn’t necessarily mean that Leia was Rey’s mother – or vice-versa.

Another obvious candidate for Rey’s father was Luke Skywalker, but honestly that would have been too cliched, even for Star Wars. Yes, it would have connected the Original Trilogy, Prequel Trilogy and Sequel Trilogy if Rey had been the next generation of Skywalker after Luke and Anakin, but it would have been too derivative. The shocking thing about Vader being Luke’s dad was that it caught us all by surprise – I think deep down we were kind of expecting the new central character to automatically be a Skywalker. I’m glad they didn’t go down this path. 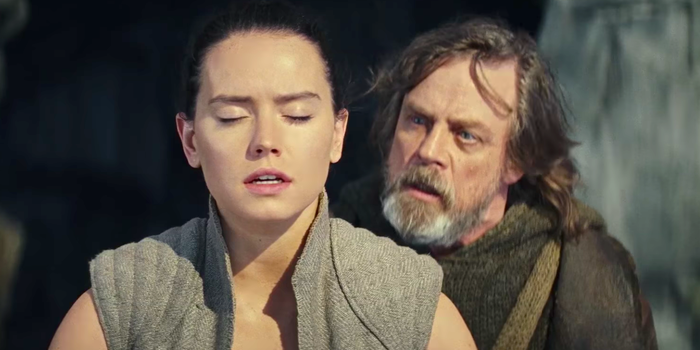 Anyone familiar with the novels of Star Wars Legends will know Mara Jade, the most popular character never to make it into the new canon. A former Emperor’s Hand serving Darth Sidious and a powerful Sith warrior, Mara eventually turned away from the Dark Side and became a heroic figure in the new Jedi Order. In the novels she even married Luke and took the Skywalker name.

Although she isn’t part of canon, making Mara Jade Rey’s mother would have been the coolest way to bring her into the fold. Her story could have been re-written so that she wasn’t Luke’s wife, but some kind of rogue Sith Lord who survived the war and forged her own path after Darth Sidious perished in the second Death Star.

Mara Jade could have been the driving force behind the Sith Eternal, and been seated on the Sith throne when Rey and Kylo Ren finally found her. This would have been excellent as it could have introduced a new character who was neither Palpatine nor Skywalker, proving that there are other families in the galaxy who can master Jedi training or uphold the Sith lineage.

Having a new villain of this gravitas would have required pre-planning all the way back to Force Awakens (and would probably have replaced Snoke entirely) but it could have been an epic path for the saga to follow.

Or, we could have just stuck with what Rian Johnson gave us in The Last Jedi, and been content with the fact that Rey’s origin story was unimportant. I realize that quite a few people were upset by this twist in the tale after all the set-up of who Rey’s parents were supposed to be, but personally I thought it was brilliant. What a refreshing change to learn that Rey’s parents were not crucially important characters in galactic history, but just a couple of deadbeats who sold her into slavery on a desert planet before finding themselves in an early grave.

This message – that it doesn’t matter who you are and that anyone can rise to greatness – is true to the original spirit of Star Wars. Rey makes her own destiny: whether she becomes a powerful Jedi or embraces the Dark Side is entirely up to her. In this telling, the fact that her lineage is nothing is the whole point. She doesn’t need to be Rey Palpatine or Rey Skywalker. She can just be Rey, the badass with the yellow blade and Force lightning at her fingertips. Kylo Ren would have had his hands full indeed.

That would have been the best way for Star Wars: The Rise of Skywalker to play out, and I bet both Daisy Ridley and Adam Driver could have delivered performances to match.

Emperor Palpatine is the biggest baddie in Star Wars

But… that isn’t what Star Wars: The Rise of Skywalker gave us. Instead, Rey is Palpatine’s granddaughter and both the grandchildren of the Sith lords of the Original Trilogy have to join forces to defeat Palpatine (hopefully for good, this time…). Let’s examine what we actually have.

I think that bringing Palpatine back was a mistake, mainly because it cheapens the great victory achieved in Return of the Jedi. But there’s no question that Darth Sidious is the villain of Star Wars, and it’s always a treat to see the talented Ian McDiarmid cackle away. So if we had to go down this path, how could it have been done better?

I’d have opened Star Wars: The Rise of Skywalker with a flashback, presenting an intense, detailed scene where Rey’s parents, played ably by Jodie Comer and Billy Howle, try to protect Rey by hiding her on Jakku with a mysterious object as her only possession. Then fast-forward years later to show Rey, now trained as a Jedi and having just buried the deceased Leia, returning home with her friends and realizing that this mysterious object is in fact a Sith wayfinder as it calls to her. 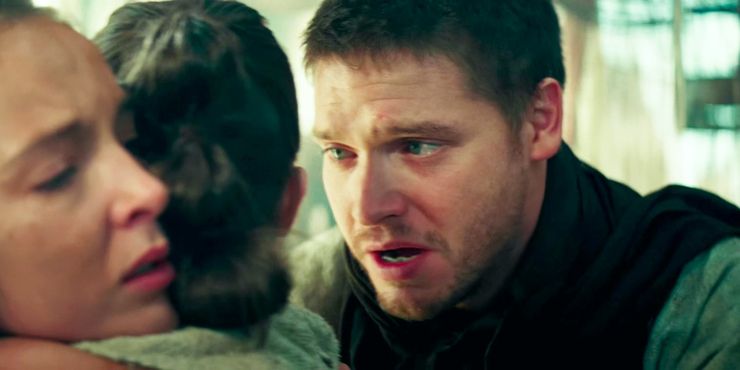 Meanwhile, Kylo Ren discovers the second wayfinder in the ruins of the Death Star and sets out to discover its secrets. Through their Force connection Rey and Kylo are aware of each other’s quests, and as Rey travels through the Outer Reaches Kylo relentlessly pursues her. Finn, Poe and Rose could fight heroically to take the Knights of Ren off their scent, but Kylo catches up to Rey just as she reaches Exegol.

And there, to everyone’s horror (but not surprise because the whole movie has been setting it up) they find Palpatine. He tempts them both, then fights them both, but since Rey has the Skywalker lightsabers the dyad can fight side by side in the final battle. Rey can still call upon past Jedi and Kylo can still sacrifice himself. But rather than it being a colossal space battle that makes zero sense, this grand finale is a deeply personal, almost intimate affair.

Perhaps Finn and the gang never know what happened to Rey – they just know that she was victorious and that the galaxy is free. Rey heading off to Tatooine on her own and burying both Luke and Leia’s lightsabers then makes more sense, as she chooses to let the past die.

The Rise of Skywalker thus brings everything to a satisfying close, without most of the absurdity and sideshows we were forced to endure.

Sigh. If only we’d been treated to a movie like that. Oh well. Bring on Rogue Squadron!