Star Wars is a vast canvas upon which are painted many locales, storylines and characters. More and more, as Disney masters the art of crossover and tie-in, some characters are growing far beyond their original role. Take, for example, Saw Gerrera of Onderon.

Where can I find Saw Gerrera in Star Wars?

Depending on what level of fan you are, you could have first met Saw at several different points in the Star Wars story. The fact is, Saw has one of the most diverse records for appearing in canon and is unforgettable each time. Let’s take a look, based on the order of his appearances.

We first met Saw in the multi-episode arc of Clone Wars Season 5, where he and his sister Steela lead a small group of guerilla soldiers against the Separatist forces occupying their home planet of Onderon. Recognizing that they lack the training or resources to topple a droid army, Saw and Steela reach out to the Jedi Council for help. Jedi advisors Anakin Skywalker, Obi-Wan Kenobi, Ahsoka Tano and Clone Captain Rex journey to Onderon to help train the resistance fighters.

Saw is a strong presence, a hotheaded young man ready to fight and to do whatever’s necessary to win. He’s held in check by the wiser Steela, but after Steela’s death (which Saw blames himself for after he shot down the droid gunship that crashed into her) his volatile nature begins to take hold. The four episodes of Clone Wars finished with a bittersweet ending of victory – King Ramsis Dendup is reinstated and Count Dooku abandons his puppet leader, but at the cost of Steela and many other lives – and we feel that Saw will carry on to become a wise military leader. And that could very easily have been the end of his character.

Saw Gerrera in Rogue One

But then, Rogue One (the best Star Wars movie ever) gave us all a surprise, bringing this character back as a bitter, broken freedom fighter. Played brilliantly by Forest Whitaker, Saw was the first character to transition from an animated television series to a movie, playing a pivotal role not only in advancing the plot but also in telling us a lot about Jyn Erso. For many fans, this was the first time they’d ever seen Saw Gerrera, but he made such an impression that his death was a powerful dramatic cap to the destruction of Jedha City.

Saw returned to another animated series in the third season of Rebels, where he meets the Ghost crew in the mysterious wreckage of Geonosis. This appearance is chronologically between Clone Wars and Rogue One, and his presentation is a nice mix of the two – he still looks much like his younger self but Forest Whitaker did the voice.

Saw’s story intersects that of our heroes several times in the final two seasons of Rebels, building toward the events of Rogue One as we see Saw’s team break with the other Rebel leaders, adopting ever more ruthless tactics as they follow the trail of the kyber crystals toward what we all know is the secret Death Star.

Such was the power of the name Saw Gerrera in Star Wars media, that when a new video game was made and the story needed an early resistance group against the Empire, Saw’s rebels were the obvious choice. Although based years earlier than Rogue One, we can already see Saw transforming into the hardened, damaged warrior we see on Jedha.

Saw Gerrera in The Bad Batch

Saw’s latest appearance was in the first episode of The Bad Batch, when Clone Force 99 was sent to enforce Imperial occupation. Saw has barely finished fighting the Separatists but he can already see the danger of the rising Empire and is determined to keep up the fight against tyranny.

In many ways, Saw was the founding member of the Rebel Alliance, recognizing before anyone else the fact that the new Empire will be far worse than the Republic or the Separatists. He was later criticized by Mon Mothma and others for being too extreme, but history proved him right: all-out war was the only way to stop the Empire. 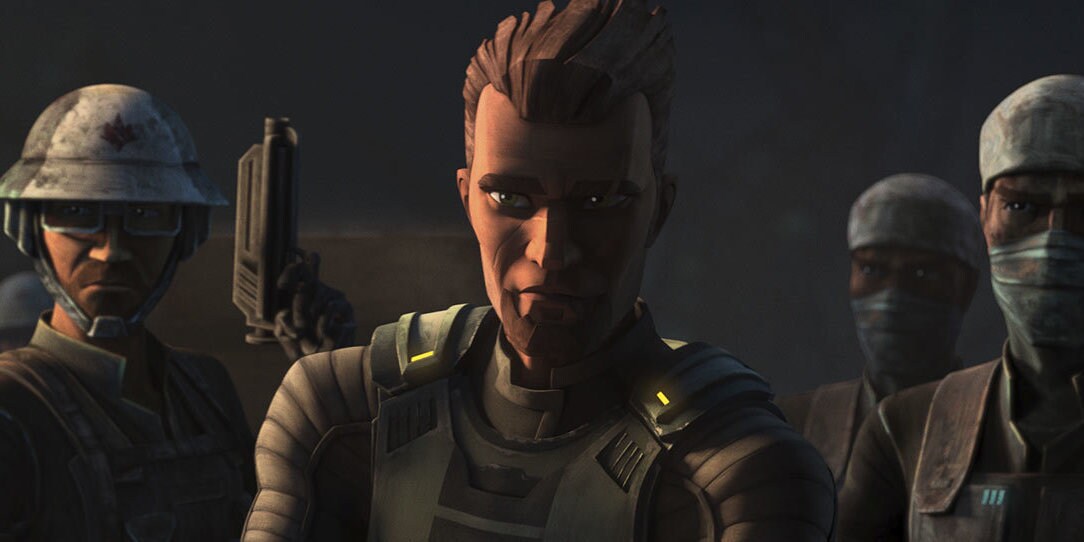 Why do we love Saw Gerrera?

Saw Gerrera is a great character, and I’m glad Star Wars has taken the time to develop him with sympathy and nuance across multiple platforms. Haunted by his sister’s death, he was a visionary who foresaw the Galactic Civil War and never gave up the struggle for freedom. Yes, he was at times a brutal terrorist, but he was fighting an Empire willing to destroy an entire planet just to prove a point.

Saw’s fanaticism is a far cry from the pacifist Jedi knights or even the “good versus evil” feeling of A New Hope and the Original Trilogy. He’s painted in shades of grey and is an excellent counterpoint to the moral high ground of Mon Mothma or even Luke Skywalker. Is he a nice person? Not at all. But is he essential to explaining how the galaxy found the strength to fight back against the Imperial terror? Yes.

Although we already know his ultimate fate, I hope that Saw makes more appearances in The Bad Batch, and that his final battle on screen is truly epic. I think he’s earned it.