Everyone loves an underdog. Especially when that underdog is packing a secret trick to give them an advantage without stooping to the enemy’s level. In Star Wars, this is the ion cannon.

A stun gun for vehicles

Ion cannons might look like laser cannons, but ion devices are quite different, and a nasty surprise when revealed. Firing a burst of ionized particles, ion cannons can knock out electrical systems and completely disable a target. They don’t destroy their targets, instead knocking them out of the fight until a frantic crew can get the navigation, security and power systems back on line.

This might not sound as useful as blaster fire, but any ship left vulnerable in the heavy traffic of space combat will find itself in trouble.

The first recorded use of ion cannons in Star Wars dates back to the Clone War, when this new technology was built into the design of the Separatist heavy cruiser Malevolence. With a giant ion cannon implanted in each side of the ship, Malevolence unleashed a titanic wave of ionized particles with every shot. A single broadside would render an entire squadron of Republic ships helpless. 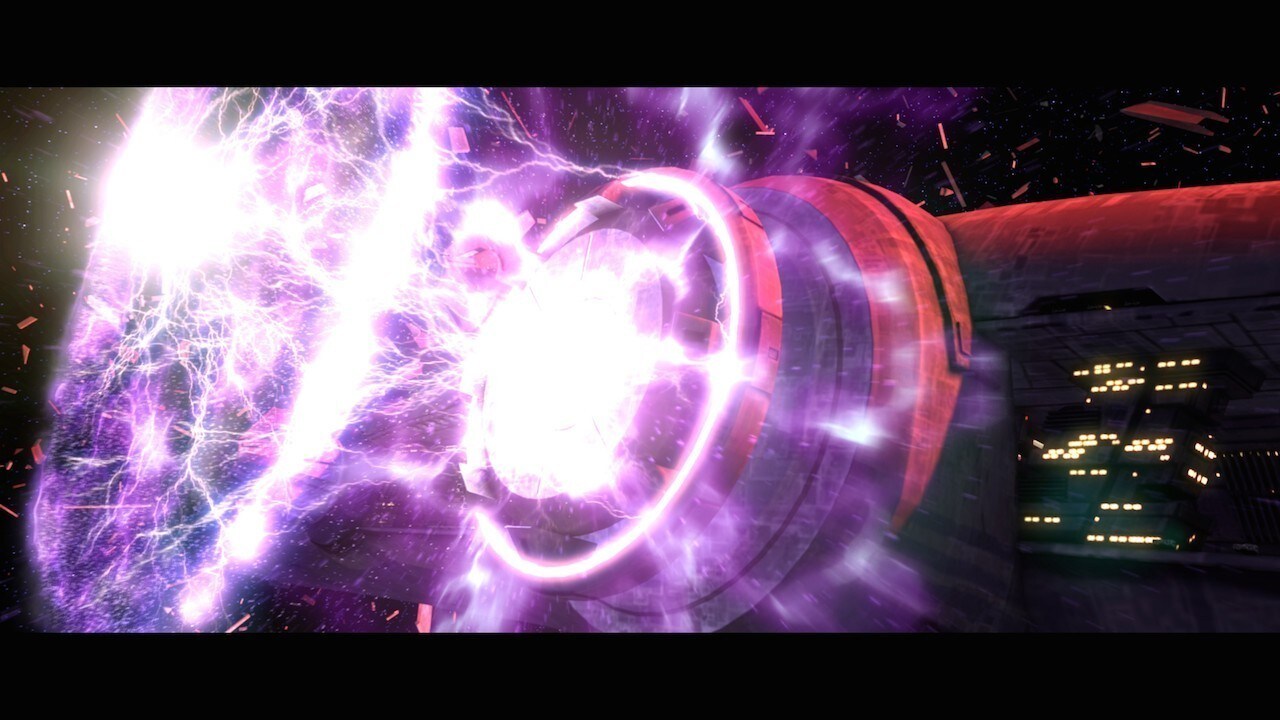 Using his ion weapons to disable his foes, General Grievous left a trail of destruction that threatened the security of the entire sector. Only a desperate mission by Anakin Skywalker and Plo Koon, which required navigation through a deadly nebula, could save the station. Malevolence was too powerful to be allowed to escape, but it took several Republic cruisers to match its size and damage output.

The ion cannon weapon system was eventually mastered by the Republic and improved, with a much smaller version mounted on their Y-Wing fighters. These were low-power and short-range when compared to the powerful Malevolence, but they still generated quite a punch and with the freedom to fire from multiple, mobile locations, a Y-Wing attack could link with laser-carrying partners in a devastating dual-strike.

The beauty of ionized particles

Ion weapons proved their worth many times, but perhaps never so dramatically as at the Battle of Scarif. Unable to break through the world-spanning energy shield, the Rebels cause was in peril. But then our favorite Y-Wing pilot, Gold Leader, detected an opening in one of the star destroyer’s shields. Targeting that point, he and his squadron fired their ion cannons directly against the surface of the Imperial hull, knocking out all systems on the colossal ship. 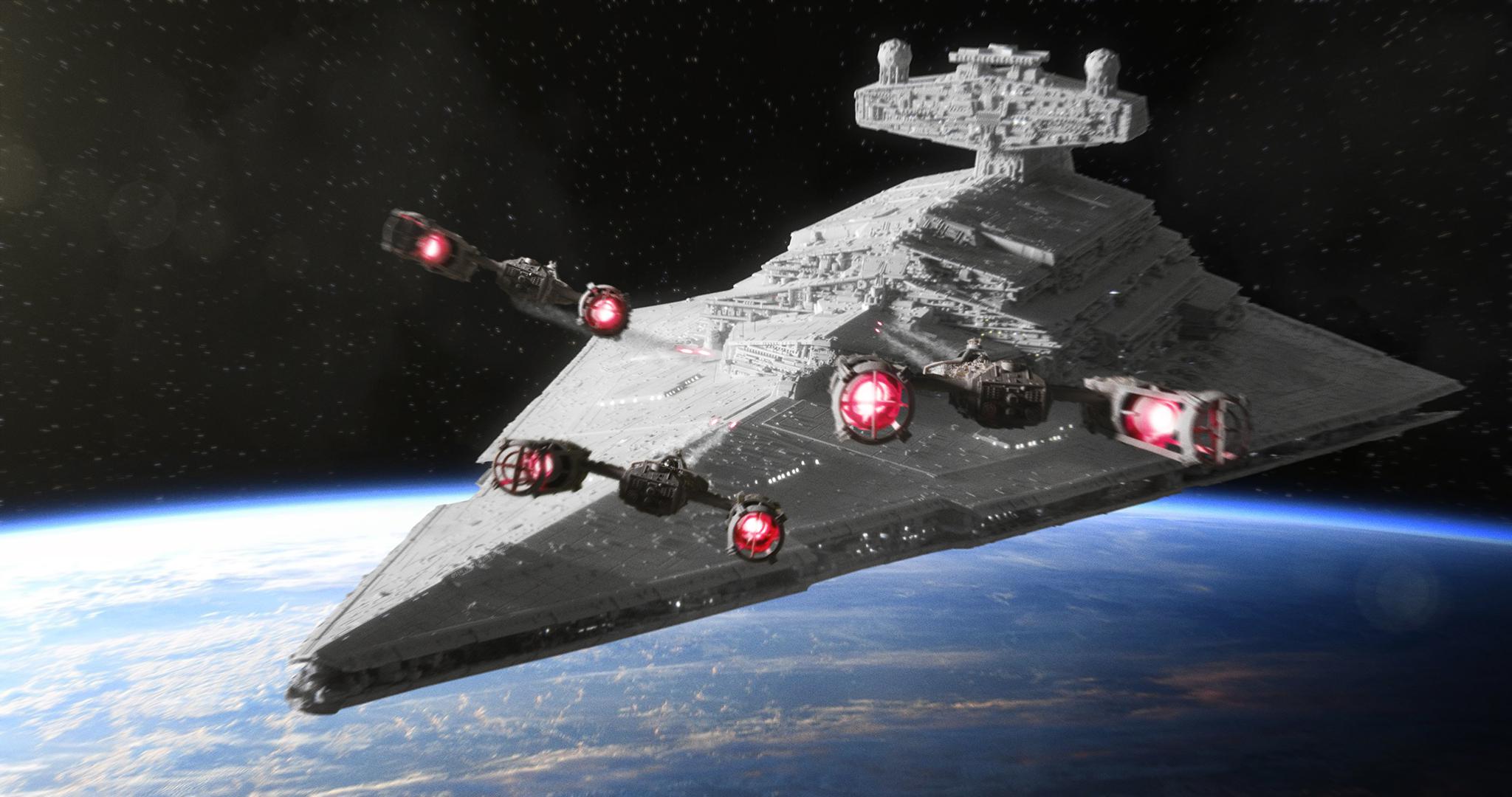 The Rebels simply didn’t have the firepower to destroy the Imperial titan, but the ion cannons could disable it. That left it helpless as a hammerhead corvette used a more basic form of attack, ramming, and pushed the star destroyer into its sister ship. The result was two wrecked star destroyers and one smashed shield control. Victory came on the back of the ion cannon.

The Rebels continued to research this weapon. Three years later, on Hoth, they even assembled a surface-based ion cannon able to generate an ion charge large enough to punch through a star destroyer’s shields and disable it before the attacker was in range of the planet.

Hooray for the ion cannon!

Search all you like, but there is no greater moment in the Star Wars franchise than the firing of the ion cannon on the planet Hoth. The music is tense as we watch the controller, cool as cucumber as she says, “Stand by, ion control… fire.” The tactic works, allowing two fighters to best a star destroyer, and to top it all off the plucky rebels on the surface still take a moment to cheer. Ion Cannons For All?

Based on these successes, you’d think ion cannons would be used often. So how to do we account for their rarity? It seems folks in that galaxy a long time ago prefer weapons that blast things apart, and brute force is a tactic used far more often than subtlety. But the ability to stop a powerful enemy in its tracks automatically levels the playing field.

Ion Weapons in the Future of Star Wars

References are scarce, but I bet later partners in warfare retrieved content from Separatist and Rebel data banks to create new weapons to fire at range and disable powerful opponents. There are several languages of combat, and I’m sure the ion cannon was a personal favorite of great warriors as diverse as Ahsoka or Thrawn.

The ion cannon has been a source of great tactical turnarounds in Star Wars, used by heroes and villains alike. Here’s hoping we see it used dramatically again.