Over more than forty years, Star Wars has had the opportunity to dive deep into the lore of George Lucas and explore elements of the original story that only got a quick look as our heroes raced by. Jedi Master Plo Koon was transformed from a voiceless alien extra into a beloved character by Star Wars: The Clone Wars, and Tusken Raiders were transformed from mindless brutes into a fascinating society by The Mandalorian.

But one race still remains a mystery: the Jawas. Considering they’re the very first alien species introduced in Star Wars and are a fan favorite, it’s remarkable how little we know about them. Let’s take a look at what we do know.

Native to Tatooine, the Jawas are only ever seen in their long, brown robes. The biggest question we have about them seems like it could be the easiest to answer – what do they look like? But Lucasfilm has never shown us a Jawa with their hood pulled back. There are plenty of theories out there, but none of them are canon. The novelization of A New Hope by Alan Dean Foster states that “no-one knew exactly what they looked like” and some Legends material describes them as having a rodent-like appearance.

They could almost be related to droids, with those eyes

Their glowing yellow eyes are part of the problem. Are those their actual eyes? By 1977 costume standards, the answer originally was probably yes. But alien effects have come a long way since then and I don’t think a creature would have coin-sized flashlights for eyes today. Some have hypothesized that they’re goggles, worn by the Jawas to protect their eyes from desert sands.

Otherwise, we know these creatures are about three feet tall on average, they’re droid scavengers, they travel in sandcrawlers and, based on their many appearances in Star Wars scenes, they’re not highly regarded by anyone else.

We know a little about Jawa culture, enough to say that it isn’t completely built around droids and the sandcrawler. The different Jawa clans are spread across the desert planet of Tatooine, with colonists having settled other star systems where salvage pickings seem promising. They didn’t build the sandcrawlers themselves, but took them after off-world mining companies left the machines behind on Tatooine. Ever the opportunists, each Jawa clan grabbed a sandcrawler and refitted it into a rolling market.

The sandcrawler is a mobile outpost

The Jawas do apparently have permanent homes, although we’ve never seen them in canon. Each sandcrawler is filled with an expedition of Jawas sent out to trade, gather information and salvage what they can. Once in a while, the clans come together for a huge meeting, to barter droids and equipment, gossip, and offer marriages.

The Jawa language has two levels. The first is the quick, guttural snapping of their “trade language” which they use when talking to other races; Luke Skywalker and his Uncle Owen are able to understand this language well enough. But the real Jawa language uses words and scent to express meaning. Other species find Jawas disgusting because they smell so bad, but to Jawas these diverse odors are a vital part of how they communicate.

The Jawas specialize in scavenging technology, preferring the rugged sort of machinery and equipment that can withstand the heat and winds of Tatooine. R2-D2 and C-3PO just crash landed in the wrong place at the wrong time in A New Hope, unfortunate enough to stumble across Jawas searching the sand and rocks for droids.

Jawas are more than just scavengers, though, and they quickly find themselves at the Owen Lars Farm doing what they do best: selling cheap junk quick. Luke Skywalker and his Uncle Owen are familiar with Tatooine’s roving traders when they roll up to the farm, and clearly not surprised when one of the droids they bought breaks down immediately. The head Jawa may have feigned surprise, but ultimately didn’t care which droid he sold, as long as he got paid.

R2-D2 and C-3PO might have been traumatized by the whole affair, but to the Jawas it was just business.

Did Obi-Wan Kenobi have a Jawa connection?

Obi-Wan Kenobi certainly knew who the Jawas were, and although we never see him interact with them on screen, I think it’s safe to say that Obi-Wan made an effort to visit Tatooine’s scavenging natives from time to time. He knew that the Empire was searching for Force-sensitive children, and if ever a whiff of Imperial activities was detected over the deserts, the Jawas would be the first to know. 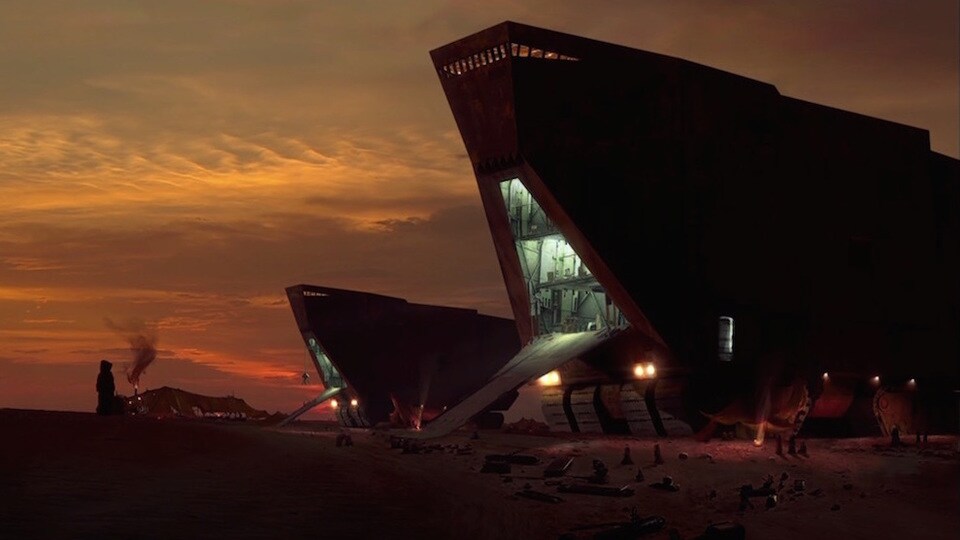 Jawas keep their ears to the ground

Jawas trade more than just machinery – Star Wars lore tells that they also deal in information. We see in Attack of the Clones that Anakin Skywalker, in his search for the Tusken Raiders who captured his mother, went quickly to the Jawas for information. Anakin may have found the Jawas at a clan gathering, with multiple sandcrawlers parked together in the desert sand.

Obi-Wan, in his long Tatooine exile, was well-served keeping his finger on the pulse of Tatooine news, watching for any sign of activity near the Lars Farm and young Luke. If Anakin was able to track down his mother in the desert, how easy would it be for Darth Vader to find his own son? Even if Obi-Wan did nothing but divert attention away from Luke, it would make the search that much harder if it ever began.

Jawas – heroes of the civil war?

The Jawas played several unwitting parts in the Galactic Civil War. These meter-tall creatures in their brown robes not only set events in motion when they sold the droids to Uncle Owen, but they may also have been a subtle form of protection over Luke through clever misdirection of their information network by Obi-Wan. If ever it had been discovered that Owen’s nephew was the son of Darth Vader, rest assured the sandcrawlers would have sought out the first Imperial patrol they could find, eager to sell the information. Flipping this around, if any Imperial scout questioned a sandcrawler native and found no information of note, they’d move on, leaving Luke undiscovered.