The TIE Bomber: The Most Awesome And Unappreciated TIE

Any good navy needs a diverse set of vehicles to perform all the necessary roles and the Imperial Navy spared no expense building specialized, capable craft. A great example of this is the TIE bomber.

Why do they call them TIE Fighters, Bombers, Interceptors…?

No military organization can survive without TLA’s (three letter abbreviations) and the Empire is no exception. TIE stands for “twin ion engine” which forms the core around which Sienar Fleet Systems built all the personal fighting ships in the Imperial Navy. They were easily recognized by their twin solar panels mounted on either side of the hull and as a class were respected for their speed, agility and firepower.

But some missions required a ship with more flexibility and survivability, leading to the TIE Surface Assault Bomber, officially known as the TIE/SA. Equipped with shields, life support and a huge array of weapons, the TIE/SA was designed to fly low and slow directly into a hot spot and deliver heavy ordinance precisely on target. 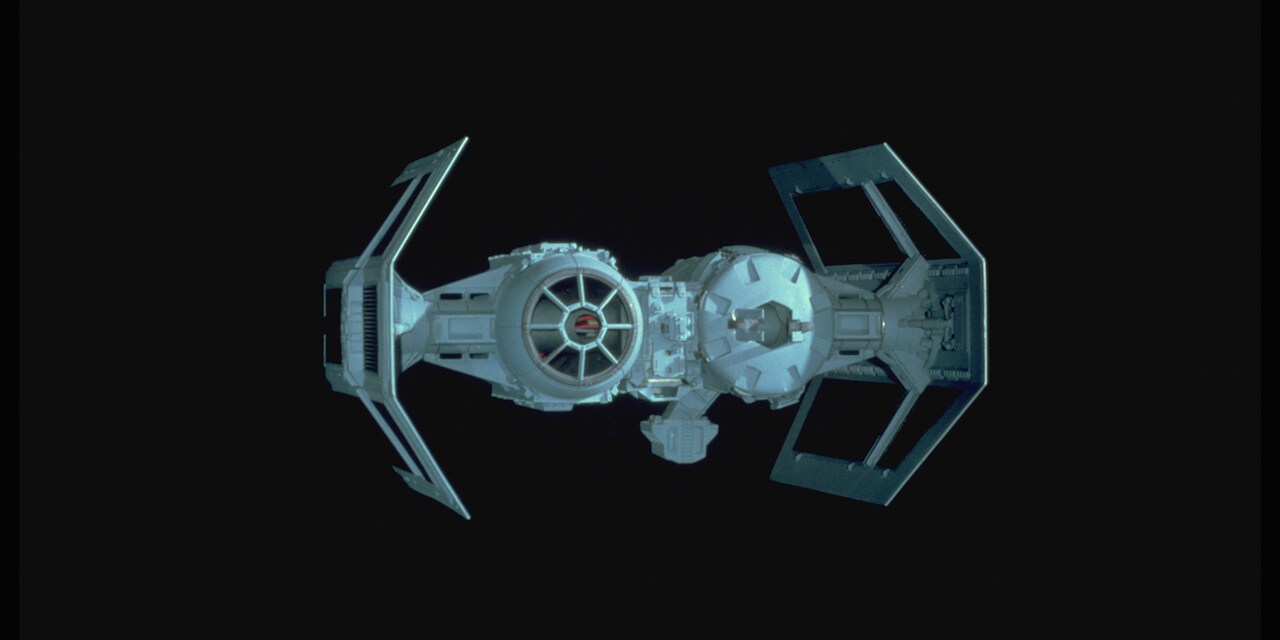 Its most prominent feature was its twin hull: two long, armored cylinders connected by a short airlock. The starboard hull had the standard TIE forward canopy and cockpit, fully pressurized for increased crew survivability. Standard twin laser cannons up front provided some dogfighting capability, but the TIE bomber’s real capability was housed in the port hull, or ordnance bay.

How many bombs did it carry?

The ordnance bay had two sections, allowing for a greater variety of weapons to be carried, including concussion missiles and/or proton torpedoes in the forward section. The after section was more often used to store proton bombs, thermal detonators or orbital mines. A TIE bomber’s max loadout was twelve units if it carried the larger missile and torpedo package, or up to seventy-two units if it was all bombs. The ordnance bay could even be swapped out for a six-person troop carrier if ground assault was the mission.

How fast is a TIE bomber?

While too large to compete with the nimbler fighters and interceptors, the TIE/SA bomber still gave an excellent account of itself for maneuverability. Its solar panels were bent inward top and bottom, giving it exceptional ability to conduct low-level attack runs over varied terrain. The bomb-carrying brute might never win in a sprint, but at least it could survive heavy fire and get back to base in one piece.

Do TIE bombers have hyperdrives?

Many insights were gained at Sienar by the TIE Advanced X1 prototype, and when the designers set out to build a new, multi-purpose model of the TIE series they were sure to access the many lessons learned: most notable was a hyperdrive. This item automatically provided increased flexibility to respond to events as they unfolded and quickly get weapons on targets scattered across the galaxy.

TIE Bombers at the Movies

Based on how popular it is, you might think that a ship this capable has many hours of screen time in Star Wars movies, but you actually have to search pretty hard to find it. 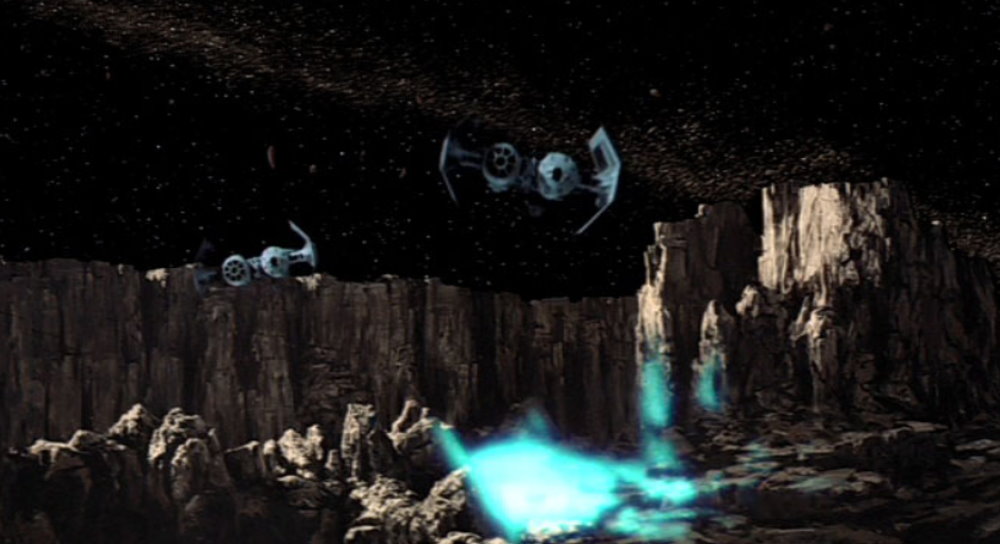 What movie is the TIE bomber in?

It appears in The Empire Strikes Back, when the Millennium Falcon hid in an asteroid and the Empire sent in the bombers to try and flush our heroes out. The shot is only a few seconds long, but the image of those double-hulled, bent-paneled brutes became a quick favorite with fans. We got another glimpse in Return of the Jedi, but otherwise that’s it. So how to we address the love affair Star Wars enthusiasts have with this ship?

Star Wars: Rebels did its usual fine job of expanding on many things we see briefly in the movies and TIE bombers were no exception. One account even sees our heroes steal a bomber and use it to infiltrate a star carrier over Ryloth, giving us our first and only good look inside this iconic ship. 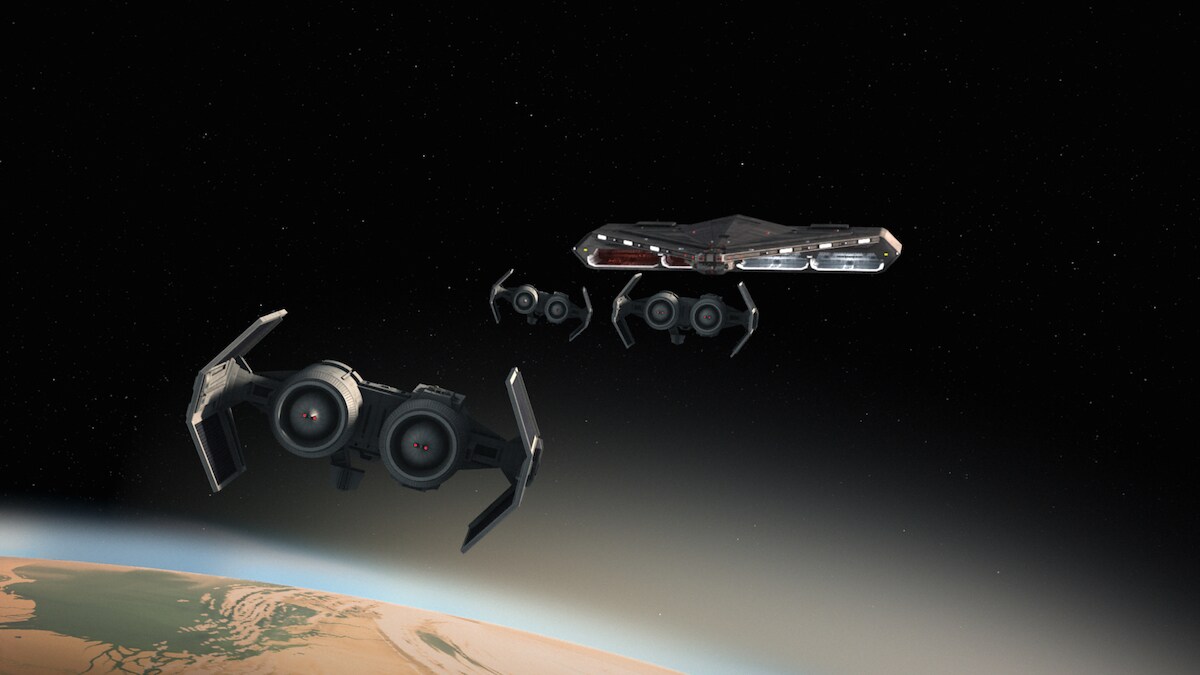 TIE Bombers in the Games

But these ships really came into their own in Star Wars-related video games. Many a browser has lit up with TIE bombers and a sure sign of their popularity is their continuing inclusion in gaming content. A TIE bomber might cost too much for the Empire to build in huge numbers, but hours of fun and pages of site comments reveal that thousands of fans consider it an essential part of their personal armadas.

There’s so much Star Wars history to explore and I know that Disney is always coming up with fresh content, but I have to say that the TIE bomber has to date been underused. In the Republic days there were the various gunships, and later the rebels developed the versatile U-Wing, but never in the main Star Wars story have we seen the TIE bomber really show its stuff.

I mean, how cool would it be to see TIE bombers coming in low and hot toward a besieged rebel site, strafing the joint and then landing troops for a close-in battle? If TIE bombers could link up with an orbiting star destroyer and create a united assault, a swift Imperial victory would surely follow.

Maybe Disney isn’t ready for a Star Wars series based around Imperial heroes, but may I please suggest just how cool that would be? Think of the chaos after the Battle of Endor, when history was being written and loyalties questioned. The next great Star Wars story may not be one of rebellion or resistance, but instead we could learn what really lies in the heart of an Imperial warrior. And his trusty, all-purpose TIE bomber.