The Star Wars universe is a big place filled with many species, but few draw the eyes more than togruta. First introduced in Attack of the Clones, they moved center stage in The Clone Wars and beyond.

One of the most striking races in Star Wars

Togruta are recognizable for their vibrant skin tones, white facial markings and prominent head ornaments. Okay, it’s their heads that everyone notices first. Let’s talk about them.

What is Ahsoka’s hair called?

This is a common question, but the truth is Ahsoka doesn’t have any hair. The togruta are a hairless species, and what Ahsoka has growing out of her head actually has two names.

The large, horn-like appendages that grow upward are called montrals, and togruta have two of them. Montrals grow larger as the individuals matures and male togrutas tend to have taller montrals than females. Montrals are more than just decoration, though. They’re used for echolocation, giving togruta the ability to sense movement, providing exceptional awareness of their surroundings. 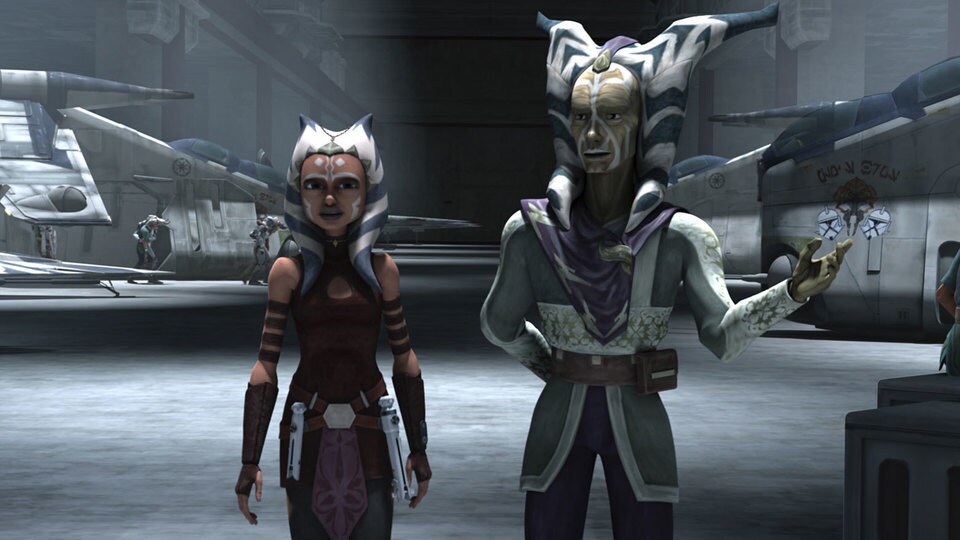 The long head tails are called lekku, and most togruta have three of them – two hanging down over their chest and one down their back. Like montrals, lekku grow longer with maturity and female togruta tend to have longer lekku than males.

Where do the togruta come from?

Togruta are native to the planet Shili in the Expansion Region of the galaxy and they’ve been part of the galactic community for thousands of years. Shili is still their homeworld but they also have a major colony on the planet Kiros, as well as many smaller settlements. 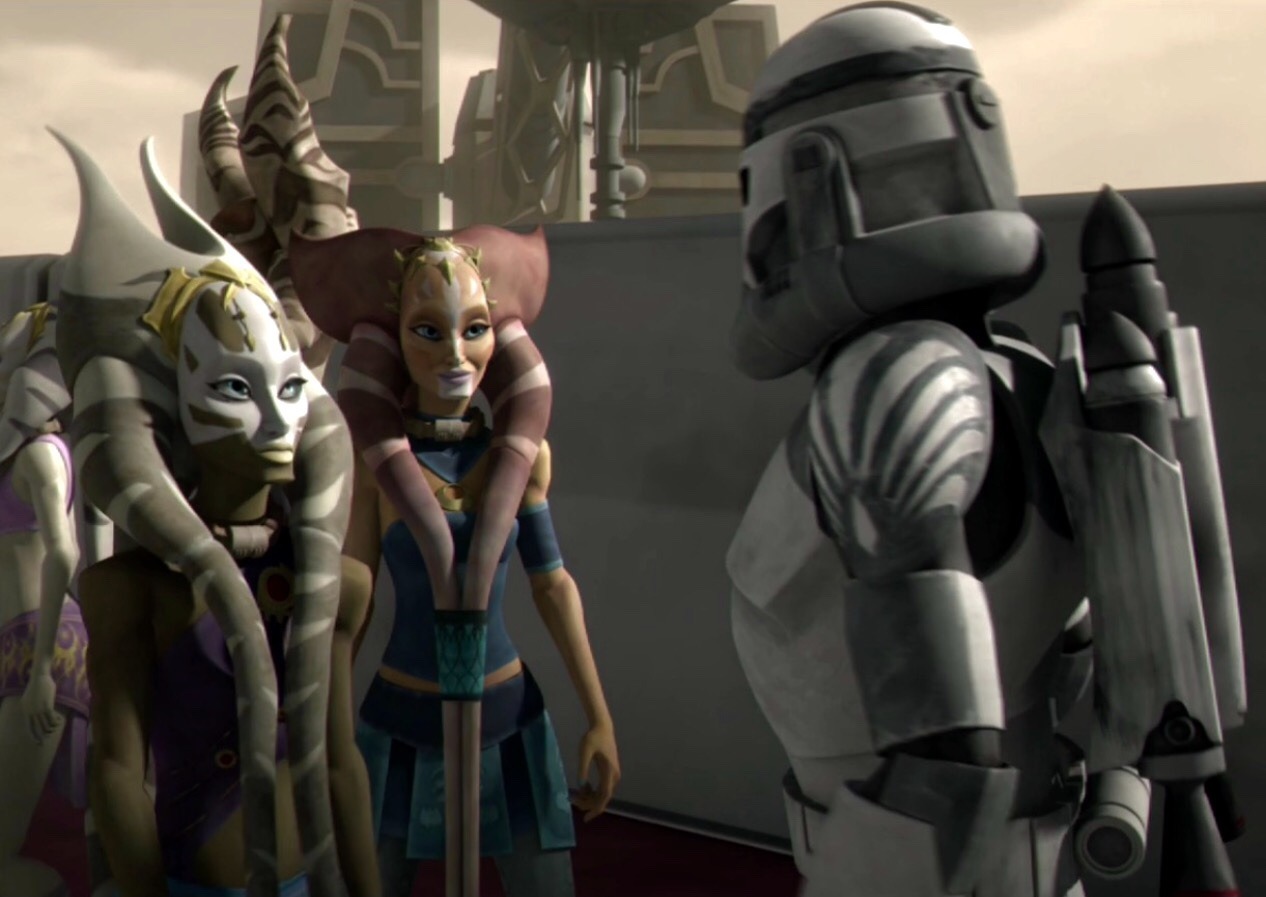 What is the lifespan of a togruta?

Togruta biology hasn’t been explored in Star Wars canon, but they have much in common with other humanoid species. We do know that they mature at the same rate as humans, a clear sign that they have a similar lifespan.

Can humans and togruta breed?

We’ve never seen a human-togruta character, but we do know that humans can breed with twi’lek and other closely-related species. There’s nothing we know of in togruta culture that forbids it, so… maybe.

Considering how popular they are, togrutas don’t actually add a lot of new content to a typical wiki. But two characters in particular bring a large following to this gorgeous species from the planet Shili.

Shaak Ti is a respected member of the Jedi Order who supervises clone production on Kamino. Her head tails are notable for their extreme length and her skin is red with prominent white facial markings. A powerful force wielder, she leaves her homeworld to train in the Order and she serves throughout the clone wars.

Togrutas are known as great hunters, and the objects around Master Ti’s face, ringing the bottom of her montrals, are more than just decoration: they’re the teeth of a beast she slew personally on Shili. Shaak Ti might look like a priestess and speak like a librarian, but those old teeth are a sure sign of her badassery.

Ahsoka left her home planet as a child to join the Jedi order, apprenticing under Anakin Skywalker. Her skin is orange and her delicate facial markings are white. We see her grow up from a teenager (in Clone Wars) into her 30’s (in Rebels) and into her 40’s (in The Mandalorian).

Padawan Tano visits Kiros during the war, helping to free the native togrutan community from Separatist forces. We don’t know if she’s related to any of the colonists, but we can sense her connection to their artistic culture. Perhaps Ahsoka would have turned out differently had she been raised on Kiros and been encouraged to follow her artistic instincts. We know her as a warrior and a gearhead: had Kiros been her homeworld we might have seen more color in her persona.

A togruta who’s more than just a Jedi

But Kiros or no, Aksoka is never one to accept the Jedi concept of “follow us without question” and she probably made the Temple log book for infractions multiple times. Ahsoka is ejected from the Jedi Order while still a padawan for a crime she didn’t commit. Even after she’s cleared and Anakin begs her to return, she abandons that community and sets out to explore the galaxy on her own.

When we meet her again as an adult, she’s grown in both power and wisdom. She never fully rejects her Jedi heritage, but outside the Order she’s free to discard the dogma and related restrictions that so blinded the Jedi in the final years of the Republic, and she becomes something much more.

Are age and size really related for the togruta?

Ahsoka’s lekku grow as she ages in the animated series, but they appear shorter in her first live-action appearance, no doubt to the chagrin of many a wiki keeper. It could be that head tails are harder to make work in the real world than in cartoons (imagine trying to swing a sword with a log hanging from each ear) and practical adjustments were made.

Or… it could be part of Ahsoka’s backstory. We don’t know togruta biology well enough to know if montrals and lekku can regrow, but Ahsoka’s diminished features could be a sign of a traumatic battle between Rebels and Mandalorian.

How did Ahsoka Tano die?

No one knows. She went to explore for Ezra Bridger and Grand Admiral Thrawn, but so far Ahsoka’s fate is wide open. Here’s hoping this togruta remains a big part of Star Wars for many years to come.