Of all the characters seen in Star Wars, there’s perhaps no greater fan favorite than Ahsoka Tano. This is remarkable since Ahsoka, when first introduced in the movie Star Wars: The Clone Wars, was anything but well-liked. How did this annoying teenager grow into one of the most iconic characters in Star Wars?

There are many related levels of lore to Star Wars, and depending on the depth of your fandom, and whether you watch cartoons or not, your familiarity with Ahsoka may or may not be high. So let’s start at the beginning.

Ahsoka Tano belongs to the alien species known as togruta, easily recognizable for their colorful skin tones and large head tails. The head tails are properly called lekku, of which each togruta has three, two in front and one in back. The horns of this overall body part are called montrals, which serve a vital function. Montrals are somewhat hollow and help togrutas sense movement around them. The biology isn’t ever described in canon, but this does explain Ahsoka’s almost supernatural abilities in combat.

As a species, togrutas originate on the planet Shili and have developed a colorful culture. One of their most popular exports is melodramatic video dramas which many other species follow with great delight. Though their major settlements are limited to Shili and Kiros, the togruta can be seen throughout the galaxy.

Are Shaak Ti and Ahsoka the same race?

The first togruta fans saw was Jedi Master Shaak Ti, who appeared in Attack of the Clones and was a recurring favourite in The Clone Wars. Although soft-spoken and calm, Shaak Ti is a total badass when she needs to be, as evidenced by the ring of akul teeth she wears as jewelry around her face: togruta culture says that one can wear such a headband only after killing an akul personally.

Shaak Ti and Ahsoka have different skin tones and facial patterns, but they’re clearly both members of the togruta species, with their montrals and lekku. Ahsoka also sports a headband of akul teeth, a clear sign of her own martial prowess. 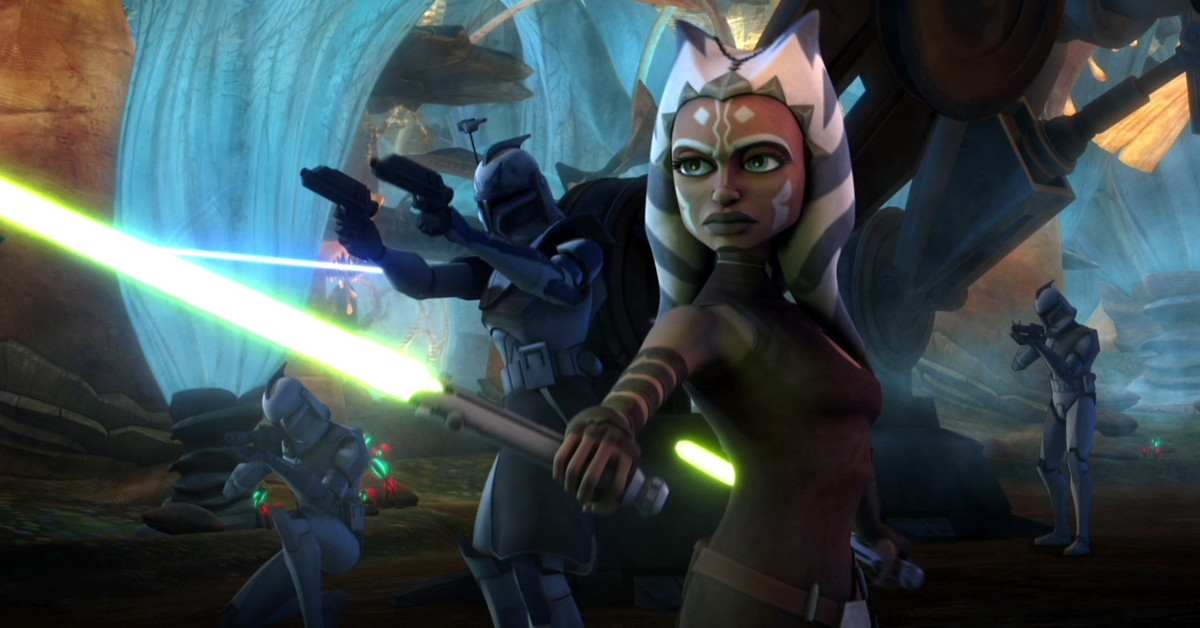 What is the lifespan of a togruta?

Although we know a few togruta characters quite well, there’s not a lot of information about the biology of their species. Ahsoka seems to age at the same rate as humans, but we don’t yet have any canon references to the life-span of togrutas. It’s cool to imagine that Jedi Master Shaak Ti carries centuries of wisdom within her, and that could help explain why her montrals and lekku are so big, but Star Wars: The Clone Wars never gives us a clear sign of togruta lifespan.

The Kid Who Made “Padawan” Cool Again

When Phantom Menace hit theatres, fans got to see the Jedi Order in the final days of the Republic and were introduced to the word “padawan” as a Jedi apprentice. The first padawan we meet is Obi Wan Kenobi, but he’s clearly at the end of his training. The next padawan we see is Anakin Skywalker, but his padawan appearances don’t really impress – he’s either a cute little kid or a whiny adolescent.

Ahsoka and Anakin: Snips and Skyguy

It’s not until The Clone Wars that we really get to see this Jedi relationship flourish, when Anakin is surprised by the arrival of a new padawan – for him! The appearance of a 14-year-old girl in the middle of a war zone might make us question the wisdom of the Jedi Order, but Ahsoka Tano proves that she’s more than capable. Just like the fan base, it takes Anakin time to warm to her, but as the years pass he grows to love her as much as we do.

Who is Ahsoka in love with?

This is an interesting question. Ahsoka grows up into a beautiful woman, but throughout almost all of her appearances she’s presented as practically asexual. The Jedi discourage personal attachments and Ahsoka would have been raised to keep her emotional distance. She clearly does feel passionately, though, and are those passions ever directed at another person?

The only clear romantic interest we know of is Lux Bonteri, the charming diplomat who begins as a Separatist politician, tries his hand at terrorism, and eventually grows into a freedom fighter on the planet Onderon. These two kids never get together, as far as we know, but there’s plenty of room to explore the idea.

One intriguing romantic possibility for this girl from Shili is fellow padawan Barriss Offee. Any Google search will reveal that there’s a large segment of the fan base who would love Ahsoka and Barriss to get together, but despite their friendship there are no known instances of these togruta and mirialan girls becoming anything more than friends.

Can a human and togruta breed?

A related question is whether Ahsoka might have had children. When we see her in Star Wars: Rebels she seems unattached, but her many travels over the years might have brought her romance with a non-togruta individual. Once freed from the “follow us without question” mentality of the Jedi, Ahsoka could certainly have explored her own passions, and she might have found herself in the arms of Lux Bonteri or some other dashing human.

Some fans would love it if Anakin and Ahsoka were involved romantically, but I think we can safely say this is off-limits. For starters, Anakin is married to Padme and is seriously in love with her. Also, despite their rebellious natures both Anakin and Ahsoka do try to follow the rules of conduct for the Order. We can sense their clear affection for each other, but there’s no sign that it was ever romantic. 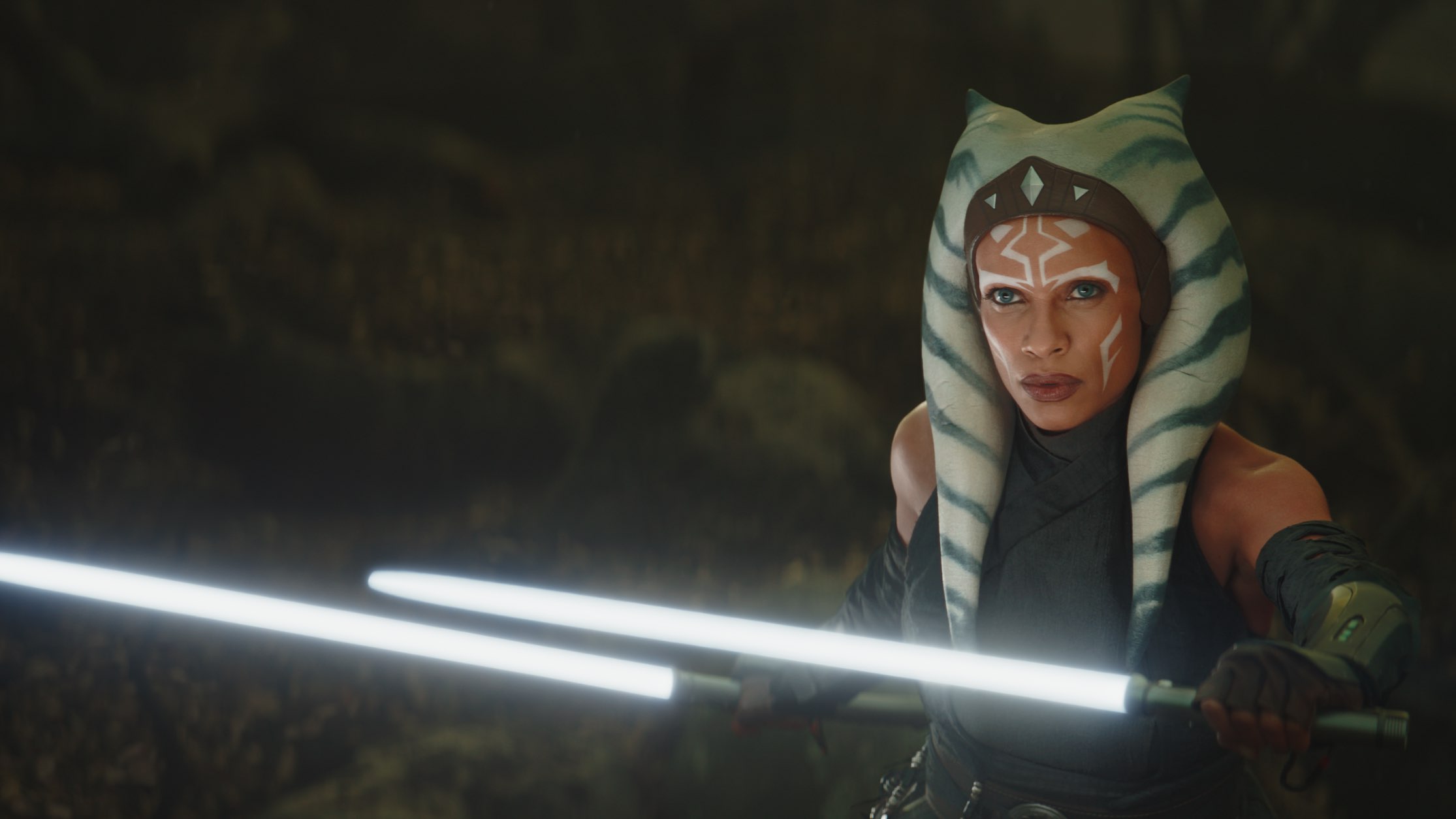 There are still so many gaps in Ahsoka’s story, it can make your head spin to consider all the possibilities. We saw our favorite togruta most recently in The Mandalorian, and there was much rejoicing when Disney announced that she’s getting her own live-action series.

A galaxy of possibilities

Will we see Lux Bonteri again? Will Barriss Offee cross lightsabers with Ahsoka on some distant planet? Did Shaak-Ti survive Order 66 and help her fellow togruta find her way in the galaxy? We can look forward to many further adventures with the iconic Ahsoka Tano.