A Little Thing That Causes Big Trouble: The Holocron

By Bennett ColesPublished On: May 23, 2021Categories: Star Wars concepts0 Comments

Given the Star Wars galactic civilization, you might wonder how any community keeps track of all that knowledge and information. Force-wielders developed a nifty little device to help them: the holocron.

Never seen in the original movies, the holocron was first introduced in the first episode of the second season of The Clone Wars series, but they should have been no surprise to any fan who’d wondered how the Jedi Temple seemed to account for all the information contained in the universe.

As Jedi Librarian Jocasta Nu said: “If an item does not appear in our records, it does not exist.“

What is a Holocron?

Holocrons are, essentially, data storage devices use by the Force-wielding community. Jedi holocron can be found in various shapes, such as a cube or a dodecahedron (twelve faces). Sith holocrons are distinctive for their pyramid shape.

The Star Wars version of a thumb drive

Okay, so it’s a memory stick – big deal. But this is something Jedi use, so it must be cooler than just that. 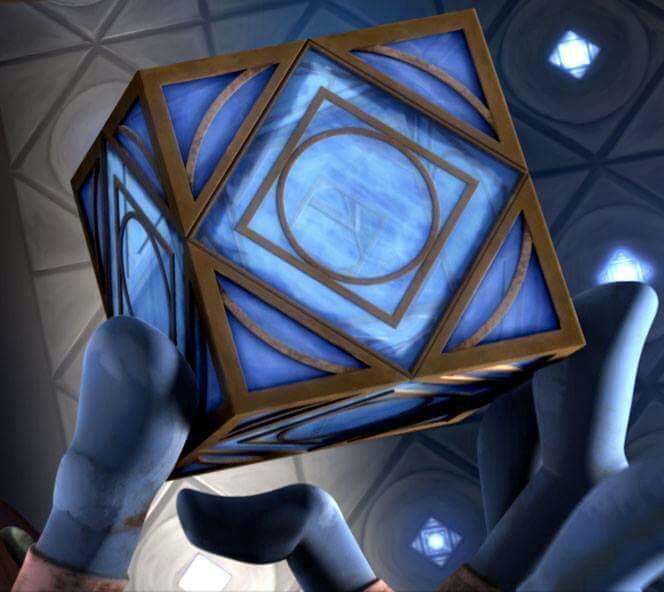 You bet it is. A holocron displays its information holographically, allowing the user to search and explore many dozens of pages worth of data in a few video images. Related content can be added later, giving the system great flexibility and making available many books’ worth of information.

Just imagine Anakin Skywalker or one of the other characters trying to head into battle loading a bookshelf on their backs. The number of times they make a quick request for information and the Jedi Temple responds with exactly the right content in near-real time proves the value of the holocron.

What are holocrons made of?

We never learn exactly what holocrons are made of, other than some crystalline material. Their internal structures are complex, and when activated their component parts follow dancing patterns as they float around their holographic content.

Can anyone use a holocron?

What makes a holocron really cool is that only a Force-user can open it. This is probably the single best deterrent against theft, since the criminal community knows they can’t access any stolen information even if they could get their hands on a holocron.

Not that this stopped infamous bounty hunter Cad Bane from breaking into the Jedi Temple to steal one anyway, but I think Bane may have just wanted to see if he could do it. Stealing from the Jedi Temple would mark him as a master criminal, despite the prize being worthless to him.

Each holocron carries within it specific information, but a little-known fact is that if a Jedi holocron is opened together with a holocron from the Sith, the two devices will add to each other to create something new: the ability to know whatever is desired.

To do this there must be a Light and a Dark Side Force user working in cooperation, which would be why such an event never happened in recent history, until Ezra Bridger and Darth Maul took the risk. They did manage to open the two holocrons and explore their questions, but neither was able to correctly interpret the images contained in the chaotic Force vision.

How many Sith Holocrons are there?

Known from the pages of history, evil holocrons were widely available in an age when the Sith were powerful, but in later centuries almost all were lost. The Rule of Two bred competition between darths, making the ability to save content across generations very difficult.

Can Holocrons be Destroyed?

Holocrons might seem to be indestructible, but Star Wars history proves otherwise.

What Happened to the Holocrons after the Clone Wars?

After the creation of the Empire, Palpatine ordered something called the Great Jedi Purge. We have no canon account of what happened to the Jedi holocrons, but most of them, and the content they contained, were destroyed. It would no doubt please Palpatine simply to destroy Jedi knowledge, or at least make it much harder to track down.

By the time of Rebels few original Jedi holocrons still existed, including one hidden by Kanan Jarrus in his ship, the Ghost. We currently know of no others, but there’s a big galaxy to explore and Disney plans for more stories. Perhaps Obi-Wan will follow a trail, or Ahsoka will discover an ancient page of Jedi text that leads to a cache.

However it happens, these mysterious devices will doubtless play a role in the fate of the galaxy.