Is Kamino Actually the Homeworld of the Kaminoans?

Star Wars is usually content to keep things simple. Tatooine is a desert planet, Hoth is an ice planet, etc. It seems that in that galaxy far, far away, planets only have one kind of landscape. Because I love Star Wars I can accept this, especially since the local life forms fit their biomes quite well.

But there’s an exception: Kamino.

Kamino is a water world. But the only civilized place we ever see is Tipoca City, a clearly artificial settlement that towers above the roiling waves. And the supposedly native species, the Kaminoans, don’t have bodies suited to aquatic life and prefer to live in a dry, air-filled environment. So it begs the question: is the planet Kamino actually the homeworld of this species?

Kamino in Attack of the Clones

We first see Kamino in Episode II: Attack of the Clones, with Obi-Wan Kenobi on the search for a lost planet missing from the Jedi archives can’t solve. He discovers the massive cloning facility run by this mysterious race, and we’re introduced to another fantastic worldscape. Maybe Star Wars just intended to create a cool new location, but the locals didn’t match their setting.

The creation of the Clone Army

The mystery of the clone army grows when Kenobi learns that this project was ordered by the Galactic Republic, and specifically by Jedi Master Sifo-Dyas, years before. But that aside, Star Wars has never explained who the Kaminoans actually are. 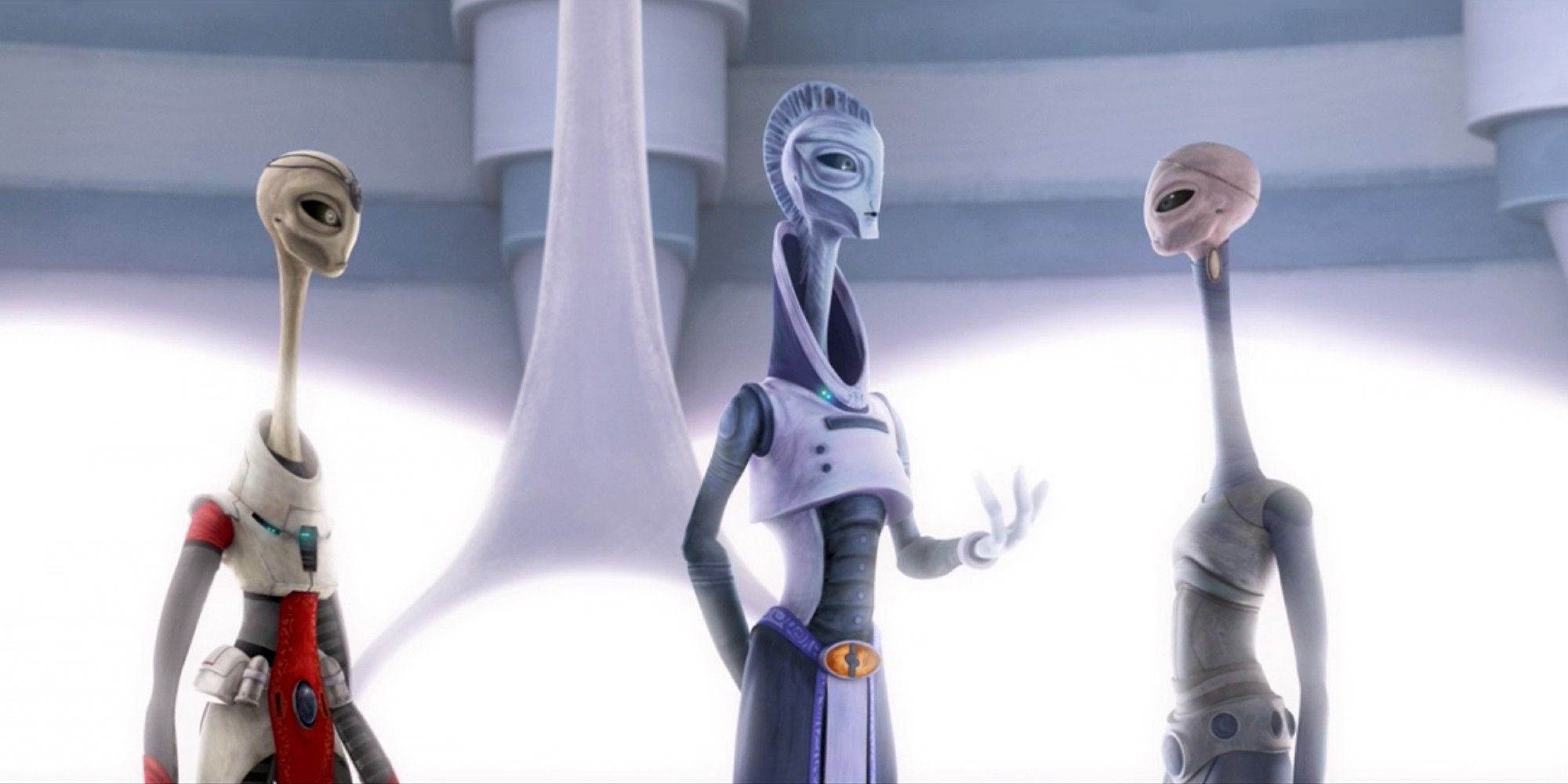 Are they in fact aquatic creatures who built this above-water facility for the convenience of their guests? That doesn’t seem likely, since galactic technology allows for easy underwater travel. Or are they land-based creatures who built Tipoca City far away from their real homes to save their families and culture? Maybe, but at the time the Republic was a peaceful government and a remote site would just add expense.

Kamino appears several times in the animated series The Clone Wars, most dramatically when Kenobi and fellow Jedi general Anakin Skywalker lead a desperate defense of the cloning headquarters against a Separatist attempt to destroy the city. The Republic maintains a multi-ship blockade to defend the planet, knowing it’s critical to the war effort, and thousands of clone troopers come home, fighting fiercely both above and on the planet.

The only home the clone troopers knew

One thing we can say for sure: Kamino is the clone homeworld, even if the Kaminoans themselves are non-native. The clones are perhaps the most tragic element to Star Wars, a sentient race created solely for the purpose of war and then discarded once the Republic was replaced by the Galactic Empire.

The Empire’s final solution for Kamino

For years Star Wars fans noted that Kamino was never featured in films or series based after the rise of the Empire, and last year we learned why. In the Season 1 finale of The Bad Batch, it was revealed how the Empire ceased production of clones and switched to an all-volunteer force. But being the Empire they didn’t just say thank you and part ways. At the order of Grand Moff Tarkin, Admiral Rampart attacked the planet Kamino, killing Prime Minister Lama Su, kidnapping chief clone scientist Nala Se and stealing all the cloning equipment and data files. With the knowledge preserved, Rampart ordered his ship to open fire, and in a deadly barrage Tipoca City was destroyed.

The end of Kamino?

Our heroes of Clone Force 99, also known as the Bad Batch, barely rescued their brother Hunter in time before everything was lost. In a future episode perhaps the Bad Batch can give an account of what happened to their homeworld, but we can bet that the Sith ruler on Coruscant is intent not only on keeping this event secret, but also burying the very existence of Kamino once again.

But will that be possible? Kamino’s existence was revealed to the galaxy during the war, with a Kaminoan even appearing as a Senator involved in galactic governance (and no doubt ensuring the steady flow of money back to Kamino).

And was everything lost? What happened to the rest of Kaminoan civilization? Was it really limited to just that one city, or did Admiral Rampart search and destroy every Kaminoan settlement with his strike force?

The Jedi archives might be empty, but Star Wars has plenty of room still to explore. A future season of The Bad Batch might give an account of Kaminoan survivors, or even reveal their true homeworld.