Rian Johnson, Star Wars and the Future of the Franchise

Star Wars: The Last Jedi is the most controversial film in the entire Star Wars saga. It certainly isn’t the worst film in the saga (that charge used to land squarely on Attack of the Clones, but The Rise of Skywalker is working hard to unseat it) nor is it the best (Rogue One, baby!) but it’s definitely the movie that can cause the most heated arguments within fandom. And writer-director Rian Johnson takes a lot of the credit/blame for this.

Who is Rian Johnson?

Within both the Star Wars and Disney worlds Johnson was an unknown before Last Jedi, but he was already accomplished in both film and television. Having worked on and directed short films in several categories back in the 90’s, his first major project was a 2005 independent film called Brick that received acclaim at the Sundance Film Festival. His first big hit was 2012’s sci-fi hit Looper, which he both wrote and directed. He also directed several episodes of the smash hit television series Breaking Bad to critical praise. Although still a fresh face in the blockbuster community, he was certainly a rising star and an exciting pick to lead a major Star Wars episode.

Let’s talk about the elephant in the room: The Last Jedi

The problem with bringing in an outsider to write and direct a Star Wars film, though, is that you don’t always know what you’re going to get. And Star Wars fandom, although diverse, doesn’t always respond well to surprises. The Force Awakens clearly played it safe, giving the typical Star Wars fan most of what they wanted, but there was a lot of criticism of Episode VII in that it was too derivative of the original movie.

In 2017, though, Johnson’s Last Jedi swung the helm hard to port and set the new trilogy on practically a reverse course, subverting many fan expectations and even portraying classic characters like Luke Skywalker in a startling new light. The movie was anything but dull and its release set off a firestorm of controversy within fandom that still rages, years later. 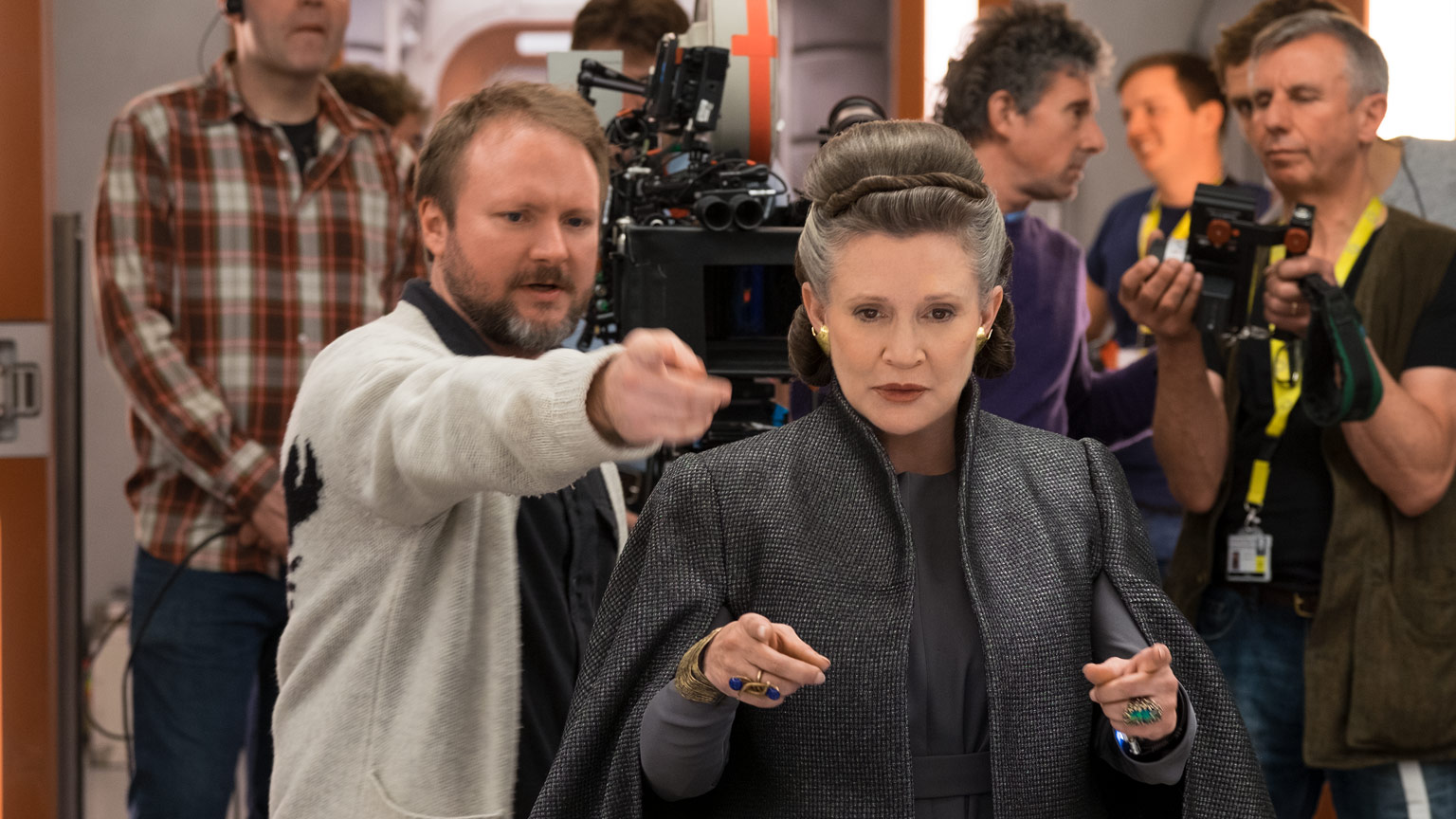 To some, Star Wars: The Last Jedi is a terrible movie

Critics of Johnson have a few things to say. He ignored all the set-up that producer J.J. Abrams had placed in Force Awakens. He betrayed the character of Luke Skywalker by making him a bitter hermit. He ruined a perfectly good villain in Snoke by killing him off. He wasted Finn as a character. DJ was a pointless character. He sold out to political correctness by having Poe smacked down by a female boss and making the cast too diverse (I’m personally appalled by this last one…). Of all the Star Wars films, these critics say, Last Jedi is the worst ever. A “dumpster fire of a movie” is a common description.

To others, Star Wars: The Last Jedi is a brilliant movie

Advocates of Johnson, however, have different things to say. His casting aside of tired Star Wars tropes was a daring stroke of genius. Challenging the orthodoxy of the Jedi was long overdue. Having Kylo Ren suddenly turn on Snoke was a masterful twist. Pushing the three main characters into new, uncomfortable roles only made them grow. DJ was a poignant bit of commentary. And diversity is long overdue in the Star Wars series. Of all the Star Wars films, these supporters say, Last Jedi is the most bold and original episode since The Empire Strikes Back. A masterpiece of a movie that’s been forced to slum it with the other Disney films.

To still others, Disney should never have bought Lucasfilm

And then there’s that whole Disney thing. When Lucasfilm president Kathleen Kennedy made the official announcement that Star Wars was being bought by the Mouse House, media speculation went wild over the possible fate of that galaxy far, far away. It was welcome news to learn of the upcoming release of the first Star Wars movies in nearly a generation, but that hope was tempered by some fans who noted that none of the old production team was returning. Kathleen Kennedy was the only familiar face, but how much personal involvement was she going to have? 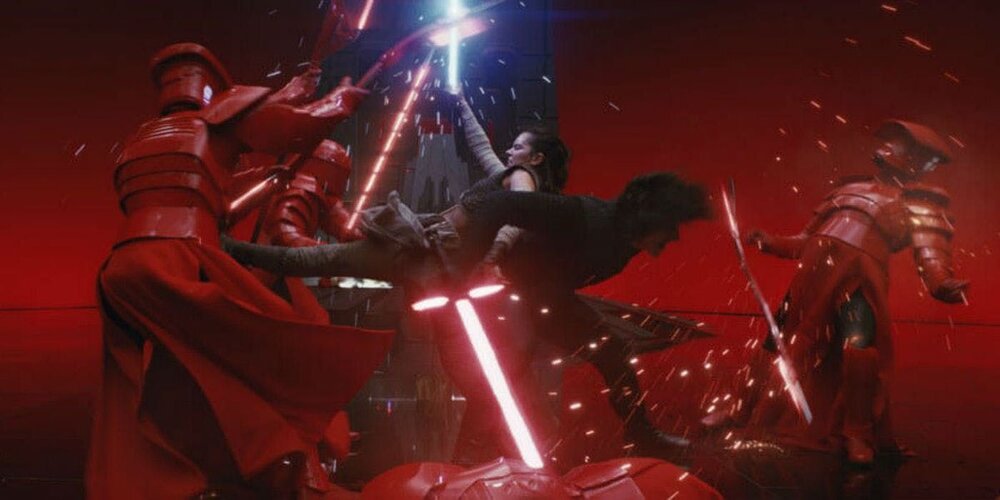 So is any of this Rian Johnson’s fault?

Rian Johnson’s role is only one part of the new Star Wars trilogy, and he was given the challenge as writer and director of the middle episode – neither starting the story nor concluding it. He began work on Last Jedi before Force Awakens was released and while he might have seen some early script drafts and pre-production videos, the film his had to follow was really still a mystery when he started to shoot.

Yes, he certainly took the story in a wild direction, but was that a bad thing? The Empire Strikes Back was hardly a repeat of A New Hope (and was quite controversial in its day) and frankly doesn’t a series like Star Wars, with so much potential to explore, deserve to radically separate from its past on occasion?

I realize that no movie is going to make everyone happy: Star Wars fans are just too diverse, and there are too many pet theories /wish lists out there that people don’t want to let go of. So before we direct too much blame toward Rian Johnson, let’s step back and look at the big picture.

In short, the big picture is a bit of a mess. I mean, yes, we all like a good mystery, but it’s even better when things make sense in the end. Rian Johnson’s ideas may have tipped over J.J. Abrams’ apple cart, but Abrams came back for Episode IX and still didn’t resolve his own plot threads, let alone Johnson’s.

The Disney movies could certainly have benefited from some greater cohesion. I mean really, how hard would it have been to create a story arc for the trilogy from the outset? It could have shown how the three movies were related to each other, and given each writer-director (and the stars, frankly) some clarity on where things were meant to go. In this sense, Lucasfilm was diminished by having no Lucas in the game. Say what you will about the Prequel Star Wars trilogy, at least each film had a clear direction and the overall trilogy was coherent.

Just before Last Jedi was released, Lucasfilm announced that Rian Johnson would take charge of an original Star Wars trilogy set outside of the Skywalker Saga. The news contained no specific details but with all the hype surrounding Last Jedi, Johnson’s star certainly seemed on the rise. After the virtual civil war within fandom created by Last Jedi, however, plus the box office troubles of Solo: A Star Wars Story released only months later, Lucasfilm suddenly went quiet about all these supposed movies that were in the works. And silence from a franchise producer is usually a sign that a project is being quietly shelved.

But in an early 2021 interview, Johnson indicated that he was still planning to be the director of a Star Wars trilogy. There’s been no official confirmation from Lucasfilm or Disney, but a wave of new speculation has been born. Considering how many other projects Lucasfilm has currently announced – mostly video streaming TV series but at least one feature film – it’s hard to see when Johnson’s project will hit theaters, but it certainly won’t be in the short term.

That might be a good thing, giving time for the 2017 fan battles to fade into distant memory, and the delay could also give Johnson time to really explore the Star Wars lore and develop a truly original offering that takes us all back to what made Star Wars amazing.

And if Johnson’s been secured as the director for all three films, we can look forward to a much tighter series arc and proper resolution of characters and plot lines. Since Last Jedi, Johnson has proven his talent as a writer and director with his critically acclaimed film Knives Out, which was so successful that  Knives Out 2 is already in the works. His ability to craft and deliver compelling, original stories is not in doubt, and if he was free to bring his A-game unhindered by the fan expectations of the Luke Skywalker legacy, he could really aim high.

A fresh take on Star Wars, anyone?

Any Star Wars film has to build on the original vision of George Lucas, but that doesn’t mean it has to be just more of the same. Yes, we’ll want to see Force-users in some way, and even if the Johnson trilogy is set way back in (or even before) the High Republic we’ll still expect to see a few familiar things. The site of the future Jedi Temple, perhaps, visited by a young, svelte, 200-year-old Yoda.

But what if Rian Johnson had the freedom to make something truly original? I wouldn’t even hazard a guess what that might be, but after the amazing surprises he gave us in Last Jedi, I’d like to see it. 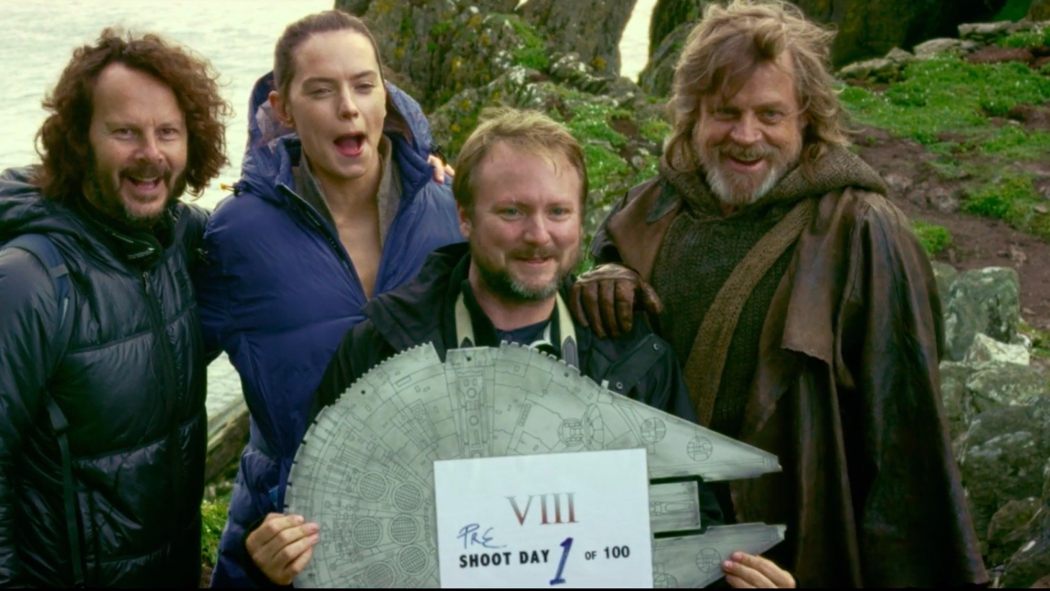 One of the major criticisms of Johnson is that he messed with our expectations. Luke shouldn’t have been a hermit, and how dare he suggest that the Jedi should end? But if Star Wars keeps getting hemmed in by defensive fans pining for their childhood memories, the franchise will eventually become stale, with no amount of movies, video streaming, games, books or apps able to give it life again.

Johnson’s fresh energy is loyal to the Original Trilogy

What I thought was best about Last Jedi was the surprises. Snoke getting sliced in half was a brilliant twist – kind of like Darth Vader being Luke’s father. DJ selling out his “friends” and then walking away without a care in the world was shocking – but that character was a lot like Han Solo was when we first met him. Luke Force-projecting himself across the galaxy to stand on the site of the imminent First Order victory was an ultimate redemption worthy of Vader killing the Emperor in Return of the Jedi.

Rian Johnson is exactly the kind of revolutionary storyteller that Star Wars needs to stay fresh. George Lucas was an astonishing revolutionary in his day, but we forget that because movie-making was forever changed by his 1977 classic. When news finally hits the streets that Johnson’s long-awaited trilogy is in production, of course there will be shouting from the fans, but I can’t wait to see what fresh adventures await.