Hello, What Have We Here…? Top Star Wars Pick Up Lines

So you love Star Wars. And after touring a few sci-fi conventions you’ve realized that a lot of other people out there love Star Wars too. But can you capitalize on this? Can you transform this mutual love for Star Wars into an actual love between you and that totally cute cosplay actor over there?

Star Wars pick up lines are a real thing, apparently. But before you get too worried, they’re mostly delivered in a spirit of good humor and fun. And they’re mostly intended to be used on someone you’re either already with, or have already developed a rapport. (Seriously, don’t try any of these lines on someone you’ve never met. It won’t end well.)

But they are great fun, so have a look at some of the best Star Wars pickup lines in the galaxy…

These pick up lines are pretty safe, and if delivered well should get you a laugh.

You stole my heart like the rebels stole the Death Star plans.

I’d join the dark side as long as you were there.

You’re as bright as a lightsaber… I saw you beaming from across the room.

The guy who said a ‘Jedi feels no passion’ never met you.

Would you like to see the view from the top of the temple on Yavin 4?

If you were a blaster, you’d be set on stunning.

I could be Emperor some day, you know.

You like Star Wars? Join me, and we’ll rule the galaxy together!

Did it hurt when you fell from Cloud City? (Okay, this is a Star Wars twist on the classic “angel falling from heaven” line, but it’s just cute enough that you might pull it off. Best delivered with your best Billy Dee Williams voice.) 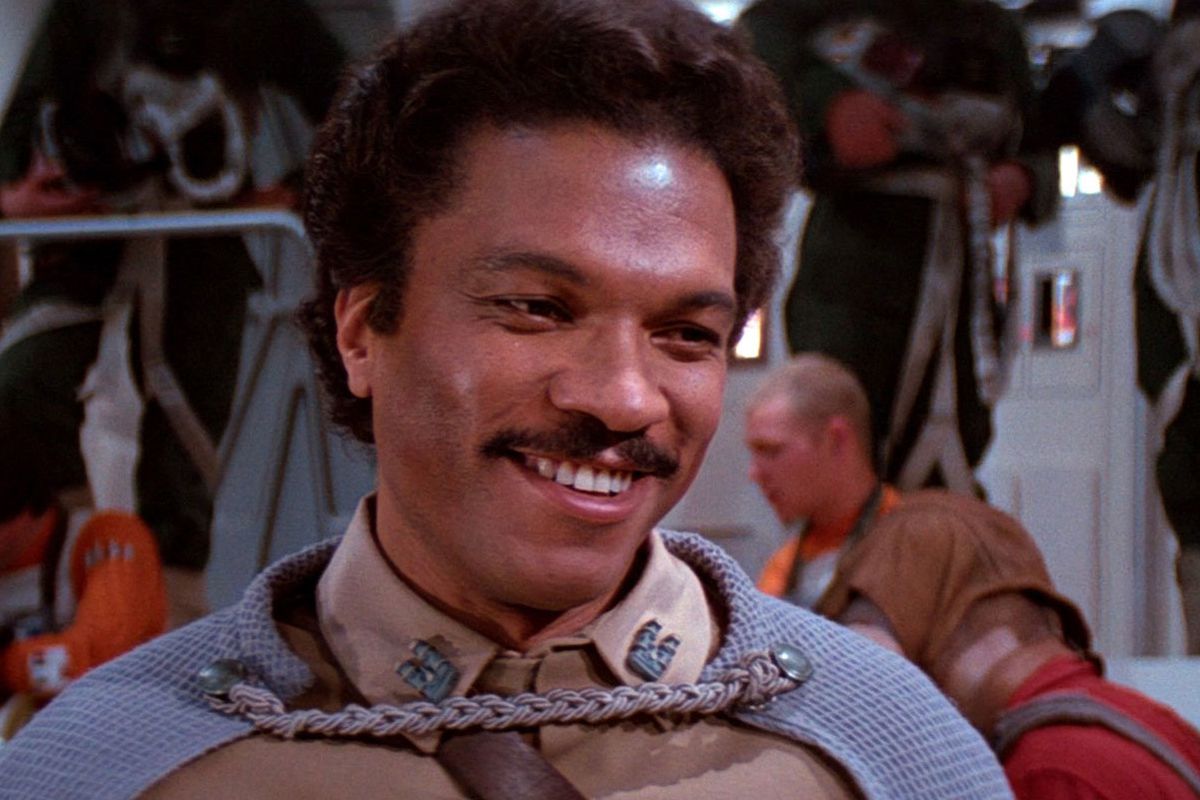 You look strong enough to pull the ears off a gundark. (Be careful with this one. It’s probably best directed toward a dude, or a woman who’s seriously fit and obviously proud of that fact.)

Adapting lines to the circumstances

The power to destroy a planet is insignificant next to the power of our love.

Captain, being held by you is quite enough to get me excited. (Traditionally delivered by a woman, this line is delightfully gender-neutral and can be applied in any situation.)

I did the Kessel Run in less than 12 parsecs, but I’m gonna take it slow with you.

Hokey religions and ancient weapons are no match for a good [Your Name Here]/man/woman at your side.

Do you understand the binary language of moisture vaporators? Because I’d like to program your binary loadlifter. (This one is odd, and possibly creepy, but just disarming enough that it might work.)

Are you baby Yoda? Because you’re the cutest thing I’ve ever seen.

If you’re feeling a bit more daring, or just want to speed things up a bit, here are a few saucier pick up lines to consider. Choose your target carefully, but otherwise have fun.

You’re hotter than the flames on Mustafar.

I must be from Alderaan, ’cause you just blew up my world.

I have a bad feeling about this. (Said with a knowing smile…)

I’ve been told my Jedi tricks will blow your mind.

I can make you breathe harder than Darth Vader.

Is that a lightsaber in your pocket, or are you just happy to see me?

I may not be Luke’s father, but I can be your daddy.

I’m looking for a Jedi in the streets, but a Sith in the sheets.

Many Bothans died so we could get together.

Unlike Han, I don’t shoot first.

Let’s go back to my place and violate the Jedi Code.

I’m fast enough for you, old man. (Only direct this toward a dude.)

Want to create a disturbance in the Force?

You could make a Jedi crave excitement and adventure.

Aren’t you a little sexy for a stormtrooper? 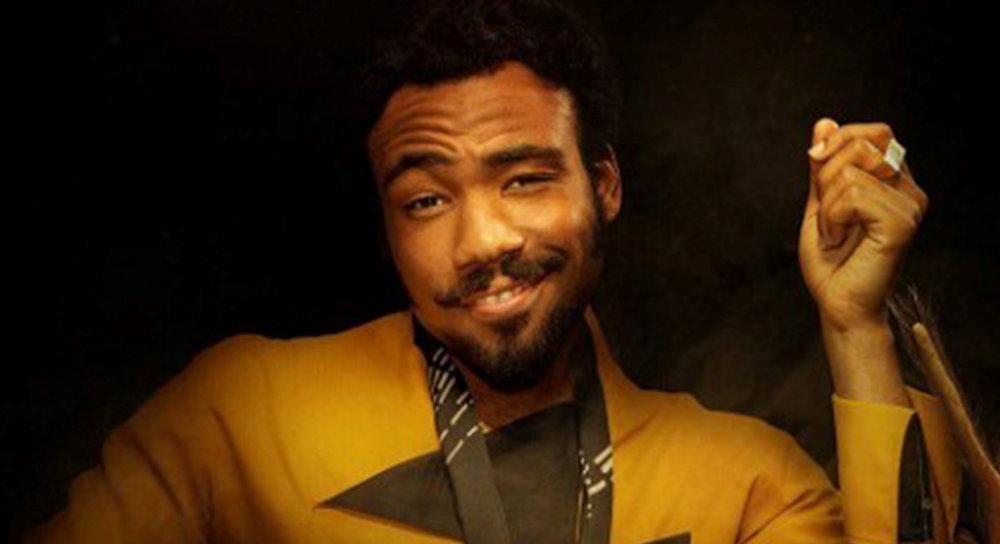 Puns are said to be the lowest form of humor, and I generally agree. Star Wars pickup lines are no exception to this rule, but they add that extra level of cheese that can make this sort of gag truly vomit-inducing.

I must be drawn to the Force, ‘cuz Yoda only one for me.

Not a Dagobah that I don’t think about you.

Are you from an ice planet? Because you’re so Hoth.

You’ve been looking for love in Alderaan places.

You’re the Obi-Wan for me. (Sorry, this author just threw up a bit in his mouth.)

You’re so beautiful. You wanna be my Na-boo? (Hurling sounds from this author.)

And then there’s the sort of pick up line that’s cringe-worthy because it makes you look like a creep or just a jerk. I’m not telling you to never try one of these out, but I take no responsibility for the outcome.

I’m here to collect the bounty on dat booty.

Wonderful girl. Either I’m going to kill you or I’m beginning to like you.

(Leering) There will be no escape for the princess this time.

Leia’s buns ain’t got nothing on yours, baby.

I farm moisture for a living.

I may not look like much, but I’ve got it where it counts, kid.

I sense a great disturbance in my pants.

I could spend a millennium in your falcon.

I find your lack of nudity disturbing. (Seriously, only ever use this on a person you’re already with.)

I may look like an Ewok, but I’m all Wookiee where it counts, baby. (Ewww…)

When you choose to wield fandom as a weapon, you better make sure you get it right. There is nothing – nothing – worse than some idiot mixing up sci-fi universes or getting well-known sci-fi facts wrong, especially in a pick-up line. Never use one of these, because if you get any reaction other than rolled eyes, it will be a lecture on why you are so wrong.

You stole my heart like the Republic stole the Death Star plans. (The Republic didn’t steal the plans, the Rebels did.)

I could get you undressed in less than 12 parsecs. (Solo: A Star Wars Story finally solved that painful inconsistency from A New Hope where Han Solo seems to refer to parsecs as a unit if time – when everyone knows they’re a unit of distance. It took a lot of effort to retcon this embarrassment: stop bringing it up and, for the love of God, don’t suggest that parsecs are a unit of time!)

I’m here to rescue you. I’ve been told I have the cool sexual prowess of a Romulan. (The first sentence is a famous Star Wars line. The second refers to Star Trek. Just… no.)

You, me, here. This couldn’t be any better if I programmed the holodeck myself! (Another Star Trek reference. If you’re with Star Wars fans, they’ll probably start beating on you at this point.)

So there you have it! A slew of Star Wars pickup lines for you to draw on. Have fun and be safe.