66 Star Wars Quotes (and What Makes Them So Great)

When a movie’s lines start showing up in everyday speech, you know it’s made an impact. Star Wars is a cultural colossus and part of its longevity has been the huge number of memorable quotes coming out of it. Let’s take a look at some of the best.

Some Star Wars quotes are famous enough that they need no introduction, or even context, to be instantly recognized.

“A long time ago in a galaxy far, far away…” – Opening Title Card

“Help me, Obi-Wan Kenobi. You’re my only hope.” – Princess Leia

Other Star Wars quotes are iconic because they capture in very few words something special about the Star Wars Universe.

“I’ve got a bad feeling about this.” – Pretty much everybody

“I’m one with the Force. The Force is with me.” – Chirrut Imwe

“The Force will be with you… Always.” Obi-Wan Kenobi What is the most famous line from Star Wars?

But when we think about the most famous line in Star Wars, there’s one that probably ranks even higher than the opening title card, and it was uttered in Star Wars Episode V, The Empire Strikes Back. You know the one I mean…

What is Darth Vader’s famous line?

Please note the actual line, here. This is the most famous Star Wars quote, and also one of the most common Star Wars misquotes. All too often we hear instead:

Nope. That isn’t what he said. And unless you want to be mocked by Star Wars cosplayers drunk with power in their roving gangs at cons, you better get it right.

Star Wars is meant to be fun, but every now and then it does serve up some genuine wisdom.

“You can’t stop the change, any more than you can stop the suns from setting.” – Shmi Skywalker

“We must keep our faith in the Republic. The day we stop believing democracy can work is the day we lose it.” – Queen Jamilla of Naboo

Considering it’s delivered by a character so minor you didn’t even know her name before you read this, Queen Jamilla’s quote is remarkably profound. And it’s matched by what I consider the single best line in the entire Prequel Trilogy:

“So this is how liberty dies. With thunderous applause.” – Padme Amidala

If more people had thought like Padme, maybe Jyn’s next quote would never have been necessary.

“There are things that you cannot solve by jumping in an X-wing and blowing something up.” – Leia Organa

I’d just like to point out that all the wisdom quotes above were uttered by women… And I think Leia’s final line summarizes exactly why. But in the interests of equality, here’s some wisdom from the men.

“Your eyes can deceive you; don’t trust them.” – Obi-Wan Kenobi

No review of Star Wars quotes would be complete without including some of the best lines spoken in the heat of the action. 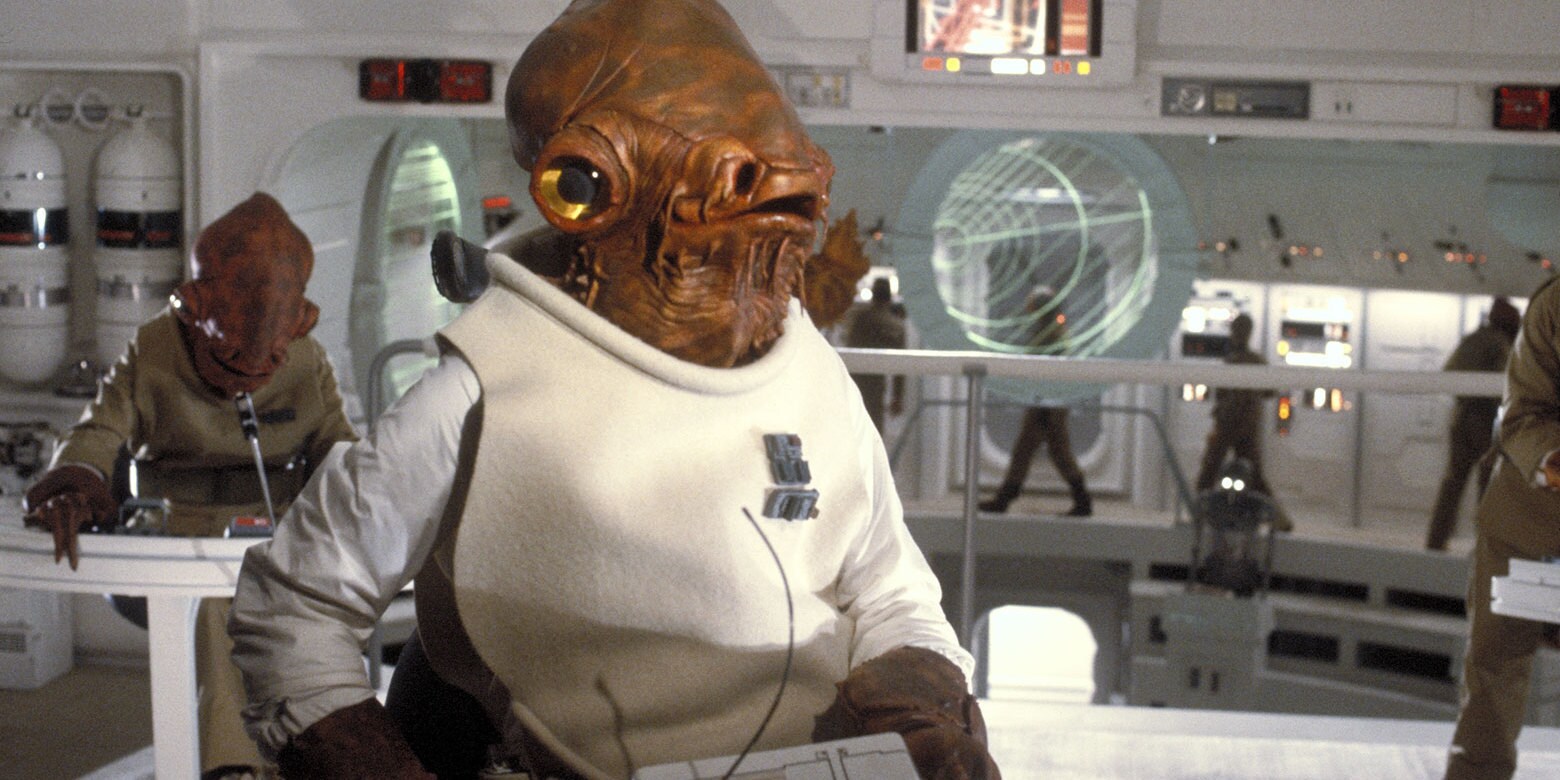 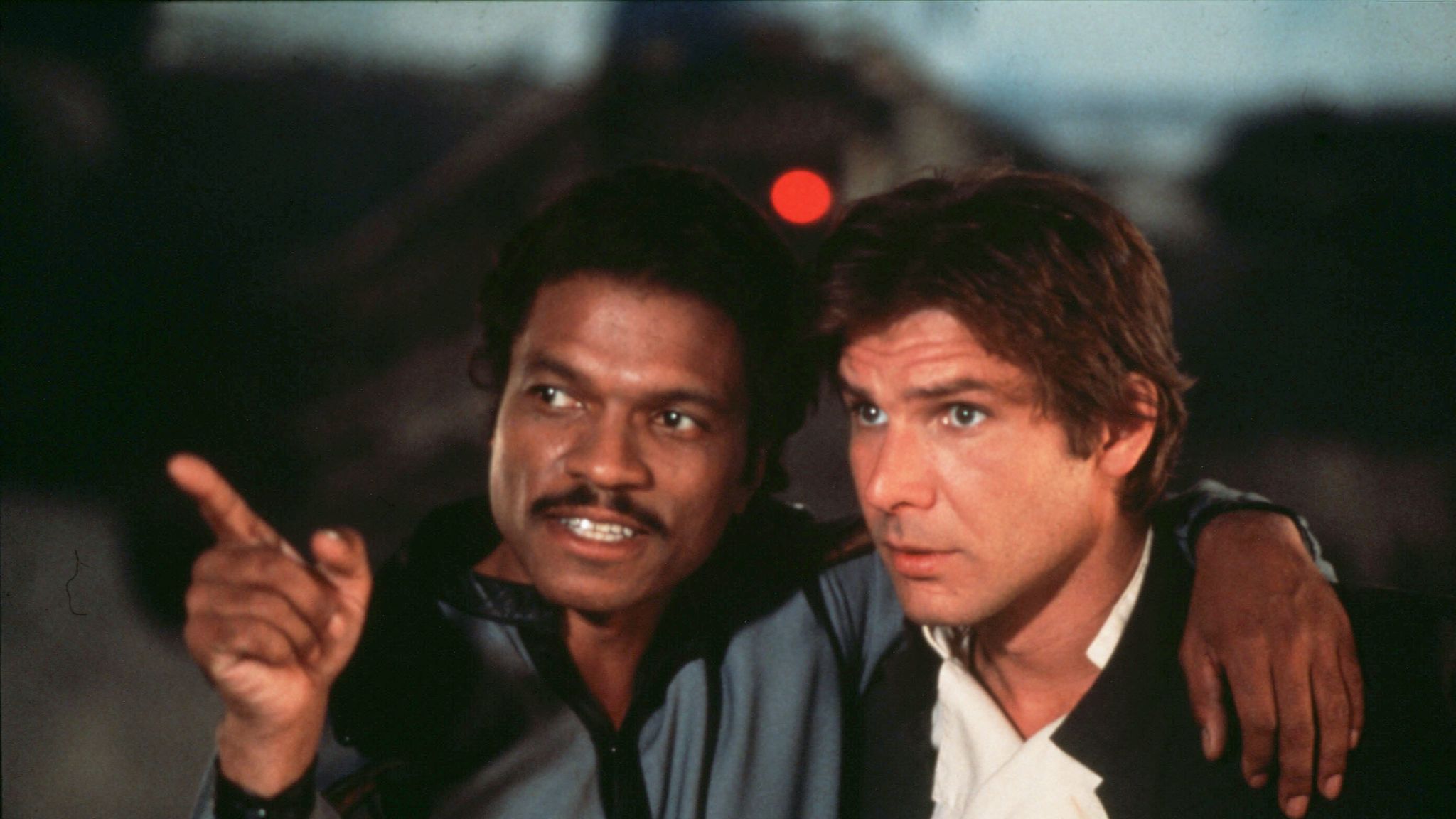 Watching galactic scoundrels at work is another great element of Star Wars, and these loveable rogues certainly produced some of the best lines.

“Sorry about the mess.” – Han Solo

“Insolence? We are pirates. We don’t even know what that means.” —Hondo Ohnaka

“Hello, what have we here?” – Lando Calrissian

“As my sweet mother always said, ‘Son, if one hostage is good, two are better. And three, well, that’s good business.’” —Hondo Ohnaka

“You look absolutely beautiful. You truly belong here with us among the clouds.” – Lando Calrissian

“You know, sometimes I amaze even myself.” – Han Solo

“Everything you’ve heard about me is true.” – Lando Calrissian

“I don’t want to kill you… per se. In fact, you seem like decent fellows — even you, Count. This is just business, and once I get my money, we can go back to being friends. It’s very simple.” – Hondo Ohnaka

“It’s not my fault!” – Lando Calrissian

“And leave you alone with the two crazies? Well… okay.” – Hondo Ohnaka

“This deal is getting worse all the time.” – Lando Calrissian

It wouldn’t be fair to exclude Luke Skywalker from this list, but he isn’t really scoundrel material. Especially when his style of speech in Star Wars Episode IV, A New Hope, had a certain… whiny quality to it.

“But I was going into Tosche Station to pick up some power converters!” – Luke Skywalker

The witty back and forth between characters has given rise to some of the best Star Wars quotes.

“Aren’t you a little short for a Stormtrooper?” – Princess Leia

“The ability to speak does not make you intelligent.” – Qui-Gon Jinn

“He is as clumsy as he is stupid.” – Darth Vader

“You will never find a more wretched hive of scum and villainy.” – Obi-Wan Kenobi

“Will somebody get this big, walking carpet out of my way?” – Princess Leia

“I find your lack of faith disturbing.” – Darth Vader

“I was not elected to watch my people suffer and die while you discuss this invasion in a committee.” – Padme Amidala

Full points to Padme for slagging off the dithering senators. She managed to excoriate them without raising her voice or uttering an impolite word. That’s a quality politician.

Of course, every good zinger deserves a good comeback, and these Star Wars quotes show that many characters give as good as they get.

“You have failed me for the last time.” – Darth Vader

“Somebody has to save our skins.” – Leia Organa

“Be careful not to choke on your aspirations, Director.” – Darth Vader

Okay, that last one is famous mostly because it’s so cringe-worthy. Though to be fair, I’d be pretty cowed if that line was delivered to me by Darth Vader on freakin’ Mustafar.

And speaking of context, the next line might need a little if you’re not familiar with Star Wars: Rebels. Ahsoka Tano and Anakin Skywalker (now Vader) are meeting for the first time since his fall, and he’s mocking her for being bound by the Jedi code. Ahsoka then reveals how dangerous she is by replying:

And finally, Leia unconsciously echoes her mother with the classic retort:

“I am not a committee!” – Leia Organa

What Are Some Jedi Sayings?

The Jedi are supposedly a source of wisdom in the galaxy, but by the time we meet them they’re pretty much at their end. Even so, they do manage some good lines.

“Fear is the path to the dark side. Fear leads to anger; anger leads to hate; hate leads to suffering. I sense much fear in you.” – Yoda

“Once you start down the dark path, forever will it dominate your destiny.” – Yoda

Okay, fine, Mace never said that. But I sure wish he had – Attack of the Clones might actually have been a good movie.

The next line is real, and it captures both Yoda and spirit of rebellion in Star Wars:

What is Yoda’s most famous quote?

Yoda is quoted surprisingly often in popular culture, but there’s no question which of his sayings is the most famous.

By the way, if you do want to quote this (especially if you’re going to put it on your business promotional material), quote it correctly. Remember those roving gangs of cosplayers and what they’re capable of? They might be your clients. 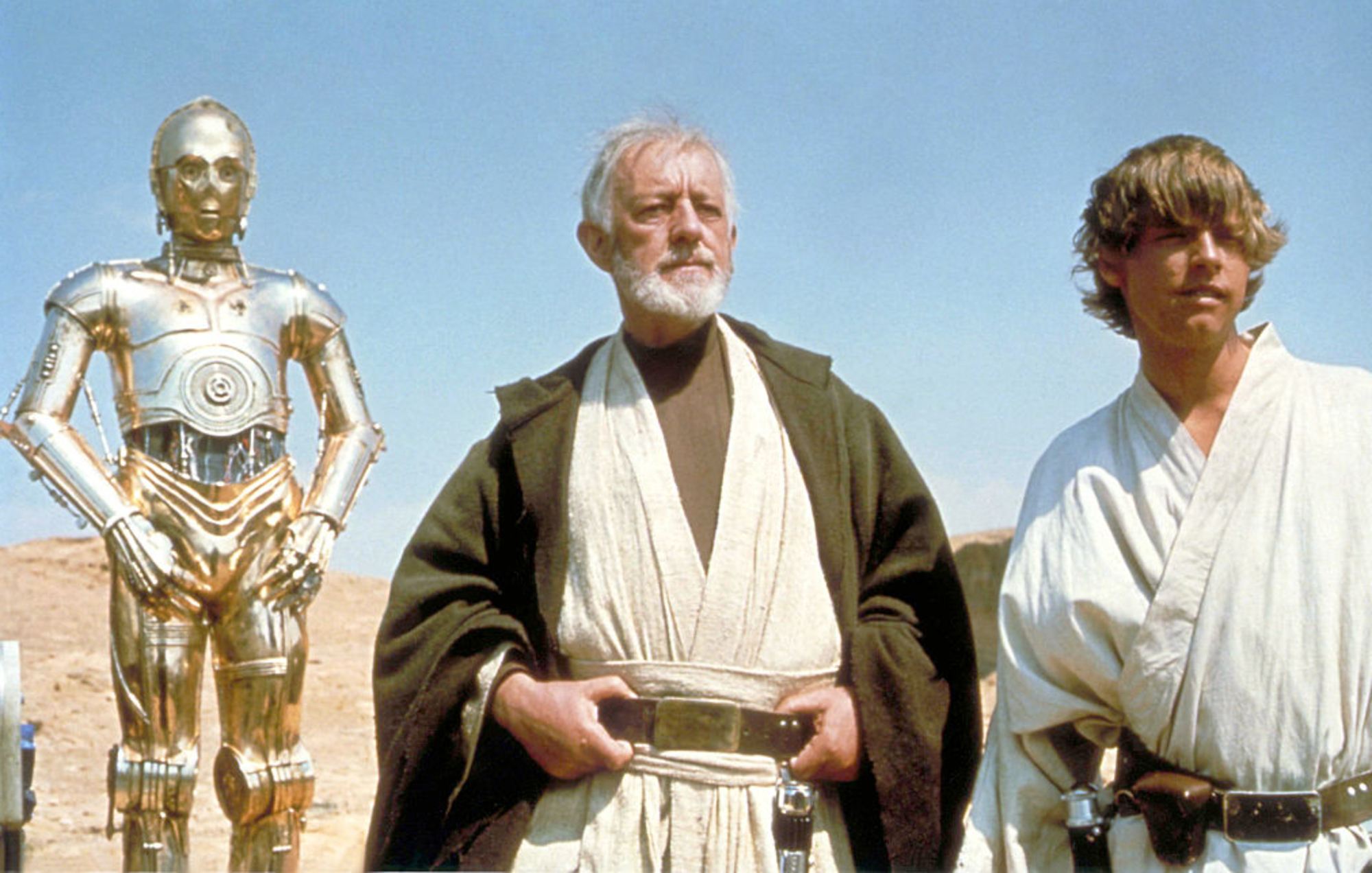 Of all the Jedi, Ben Kenobi gets the lion’s share of memorable Star Wars quotes. Here’s just a sampling of the classics.

“In my experience there is no such thing as luck.” – Obi-Wan Kenobi

“Who’s the more foolish: the fool or the fool who follows him?” – Obi-Wan Kenobi

“Many of the truths that we cling to depend on our own point of view.” – Obi-Wan Kenobi

“These aren’t the droids you’re looking for.” – Obi-Wan Kenobi

Which Star Wars Episode Provided the Most Quotes?

Every Star Wars episode has its charm (except Revenge of the Sith) but for sheer number of memorable quotes the Original Trilogy dominates (except Return of the Jedi). The Empire Strikes Back is chock-full of brilliant writing and gives us the most famous quotes, but for sheer numbers the crown has to rest with Star Wars Episode IV, A New Hope. I’m happy to give a shout-out to Episode I, The Phantom Menace and to Rogue One for bringing their A-games to memorable quotes, and since it would be unfair to completely exclude the Disney Trilogy I’ll admit that The Force Awakens has some awesome lines.

In any case, get out there and enjoy them all!