The B2 Super Battle Droid: The Heavy Hitter and Clone Nemesis

When the first trailers for Phantom Menace appeared in theatres, awed fans saw the legions of battle droids as a cool successor to stormtroopers. Then we actually saw the movie, and discovered that these droids were stupid, annoying and pretty easy to beat. Officially dubbed the B1 battle droid, these clankers were a big disappointment.

Lucasfilm must have listened, and worked to address this error in Attack of the Clones with a bigger, better, badder battle droid. Known as B2 super battle droids, these brutes became a mainstay of the war and suddenly the villains had some real (not phantom) menace about them.

What is a Super Battle Droid?

The B2 super battle droid was designed as an augmentation to the countless B1s scurrying around. With a blaster mounted in their arm and a reinforced, duranium shell, the B2s could take a hit and deliver a heavy punch. They made frequent appearances throughout the Star Wars: The Clone Wars TV series in many a battlefield location. Our Jedi heroes faced B2s in ground combat, during ship boardings, in the air and even underwater. 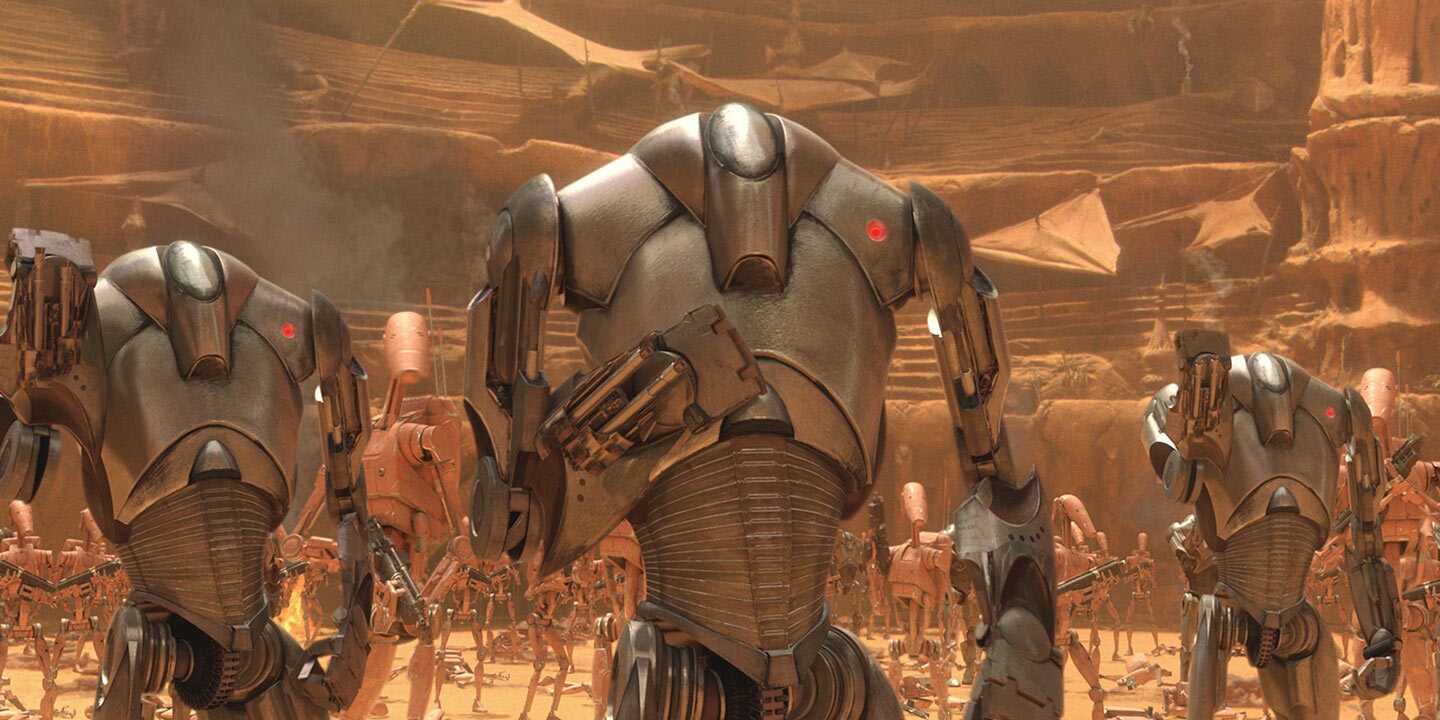 The size of the B2 was intimidating, and their mere presence in a Separatist force was enough to frighten civilians into compliance. When facing Republic forces they often advanced as a group, arms extended as their blasters rained fire down on clone troopers.

Another excellent quality of the B2 model was its adaptability and many related versions of the super battle droid were developed during the Clone Wars. The standard model B2 gave a decent account at the First Battle of Geonosis, but even that early in the conflict there was a variant in action. The B2-HA super battle droid, with a cannon built into its arm, strode into combat, even swatting aside pesky B1s to get a better shot at the Republic forces.

Throughout the war, the super battle droid was adapted and improved to match new clone capabilities and make the B2 available in a wide variety of combat scenarios.

This behemoth was designed specifically for melee combat, and would close with the enemy for hand-to-hand fighting.

This model had airborne capability, able to fly down and assault Republic ships. Anakin Skywalker and Aayla Secura would learn just how dangerous these super battle droids were at the Battle of Quell.

Equipped with propellers, this version could maneuver and fight underwater with ease.

Why are Battle Droids so Useless?

Super battle droids were clearly effective, and their many appearances in the war speaks to their effectiveness. So why did the Separatist army keep building those useless B1s?

The original B1 model was vulnerable because it required constant control from a central command ship in orbit. We see this weakness exploited in Phantom Menace when a small group of Naboo fighters manages to take out the orbital controller and deactivate the entire army on the ground. In later movies the B1s were able to act autonomously, but they remained pretty stupid and not terribly effective.

And to be honest, this is pretty much in character for Star Wars. From the stormtroopers who miss their targets inside the same detention center control room to Sith troopers who can’t hit a stampede of horses on the hull of a ship, it’s a given in Star Wars that the masses of bad guys aren’t really that dangerous. B1 battle droids basically exist for our lightsaber-wielding Jedi heroes to hack and slash their way forward. To have actually made them either tactically smart or effective with their blasters would have changed the story.

The super battle droid mitigates this absurdity somewhat, as our hero must actually stop and fight with some intensity to overcome this stronger opponent, but even these tougher machines fall into the category of cannon fodder as we follow our heroes through their battles.

Did any Super Battle Droids Survive? 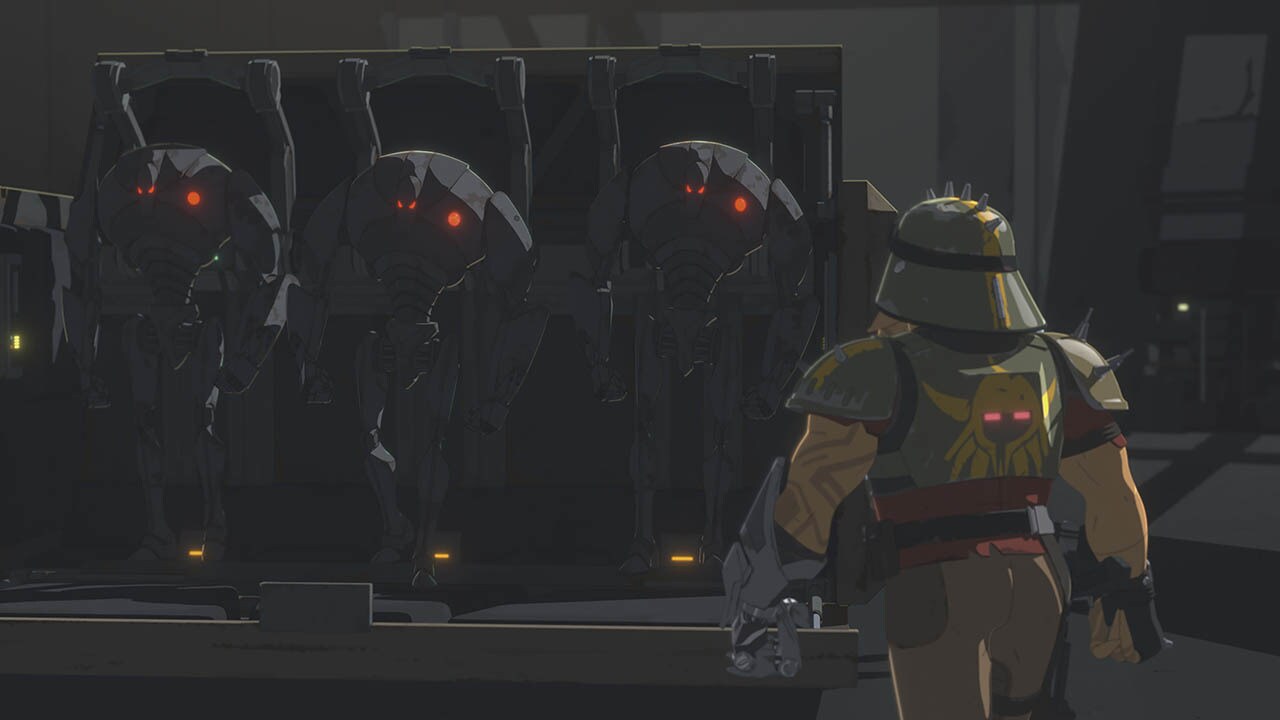 The end of the Clone Wars saw the entire droid army deactivated and most of the super battle droids were decommissioned. But scattered appearances in later Star Wars series prove that at least a few super battle droids survived. A set of vintage super battle droids appear in Star Wars: Resistance, an animated series based at the time of The Force Awakens, and we follow the efforts of bumbling technician Neeko Vozo as he takes a page from the battle of Naboo and exploits the classic droid weakness for being remotely controlled.

Super battle droids are a fun part of Star Wars combat as they march relentlessly forward, blaster cannon blazing, and they’re a favorite in both film and games. I hope we see more of them in the years to come.