As Star Wars has matured over the years, its military technology has become more diverse. The galaxy is a big place and a successful military must field a variety of un-sexy but essential support ships. A perfect example of this is the U-Wing of the Rebel Alliance.

Introduced to fans in the epic Star Wars war movie Rogue One, the U-Wing doesn’t look like much. It’s an awkward design, with big sliding doors that give it more the feel of a cargo van than a warship. And does anyone else think it’s showing its age? 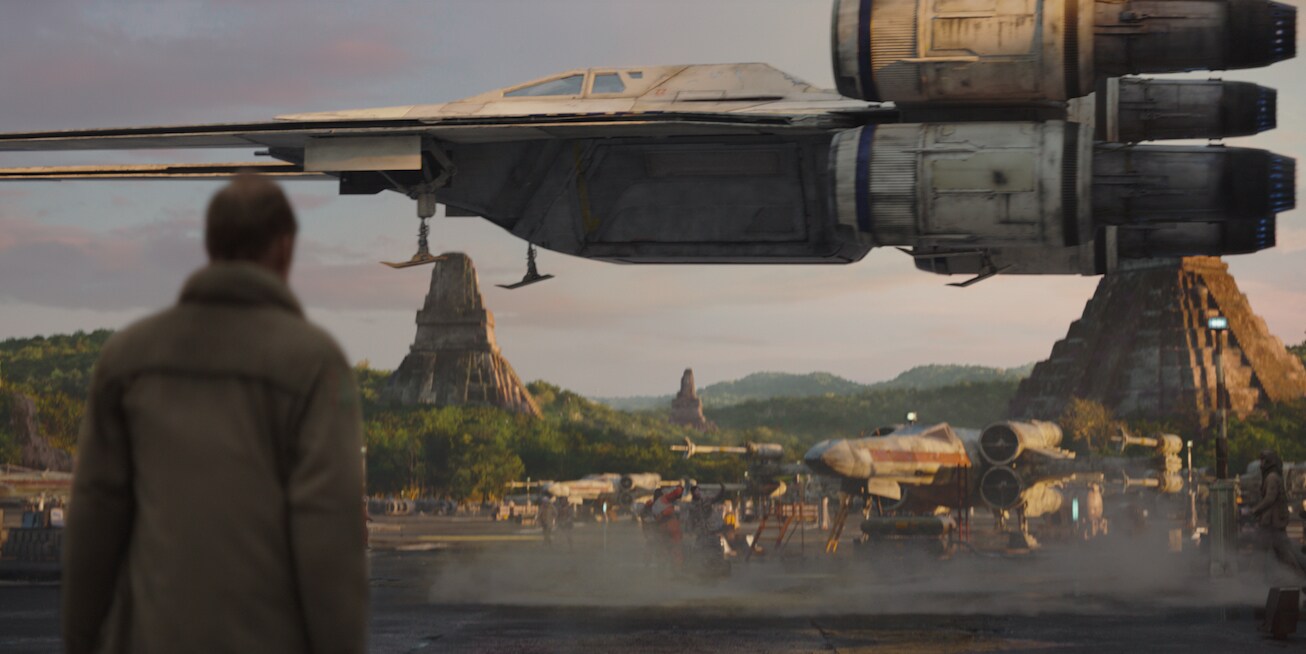 It has two forward-facing laser cannons that pack a punch but are fixed in position, so the pilot has to maneuver the U-Wing to get a shot. Four engines provide plenty of power and a hyperdrive gives maximum flexibility, but weighed down with troops this sturdy ship handles like a pig.

The U-Wing lacks the style of an X-Wing, the speed of an A-Wing, the specialization of a Y-Wing or the brute force of a B-Wing.

If Star Wars had a Vietnam, the U-Wing would have been there

But there’s one thing a U-Wing can do that none of the starfighters can: deliver soldiers to battle and then stick around to provide close air support. The U-Wing is like the Huey of Star Wars, the troop transport and gunship that’s tough enough to take a pounding. I bet many an Alliance soldier breathed a sigh of relief when he heard the distinctive whine of an approaching U-Wing – like the whump of choppers over the rice paddies.

Watching the air support scenes from Rogue One, I get the sense that the film makers knew this. With the pilots evading ground fire and watching troop movements below, they have little chance to use the U-Wing’s forward cannon. But those sliding cargo doors are perfect for mounting heavy guns, and we see a Rebel hammering away at the AT-ACT legs in close support of the running troops. He even screams in his alien language between bursts, the translation likely sounding something like: “Get some! Get some!”

(The scene would have been complete if another Rebel soldier had asked the gunner, “How can you shoot women and children stormtroopers?” To which the gunner replies, “Easy, you just don’t lead ’em so much!” It’s good to know my college classes in the Literature of War in Film can enrich my experience of Rogue One…) 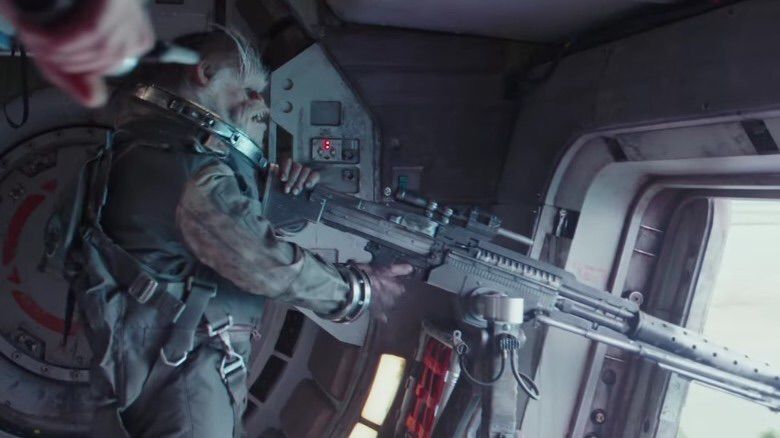 It’s officially called the “U-Wing starfighter” but I think the term “gunship” is far more appropriate. There’s no questioning the value the U-Wing brings to planetary ops like the Battle of Scarif. This sturdy vehicle features many capabilities to support ground troop advances, and it’s the successor to the LAAT/i Republic Gunship of Star Wars: The Clone Wars fame. The Rebel Alliance didn’t conduct planetary assaults like the Republic did, but the Rebels lacked a cohesive, united set of orbital bombardment and air support units. Oh, their X-Wings knocked many a TIE fighter out of the sky, but those ships were designed for space flight and not at their best in atmosphere.

Just Another Great Thing About Rogue One

The U-Wing in a sense represents all that’s great about Rogue One, which is the best Star Wars movie (yes it is, I will fight you). Nobody makes a big deal about this rugged ship – it just does its job brilliantly. Cassian Andor has no affection for the ship he’s using, and the U-Wing he and K-2SO fly doesn’t even survive the movie.

The U-Wing starfighter has a new role

The second U-Wing we see is the troop transport and close air support on Scarif and it gets no special mention. It just goes into harm’s way as the pilots clear the landing zone and get new soldiers to the beach, allowing our heroes to press forward with the mission. It’s a team effort, with disparate Alliance forces truly united for the first time. The U-Wing plays its part well, sacrificing with no special drama so that the main story can continue.

Sometimes, Star Wars Does Everything Right

The Rebel Alliance wasn’t able to build more than a squadron or two of U-Wings during the war, but from the few scenes we have (it was also included in Star Wars: Rebels) we can see how vital the U-Wing was in support of the war. This sturdy, heavy craft was often on the front lines and often under fire.

Star Wars sometimes gets a little too overdramatic, but U-Wing is a great example of where understatement carries the drama much better. For sure, a rocket launcher would be a great addition and maybe later versions of the U-Wing were more pimped out, but I’ll always be a fan of this simple, sturdy craft. If you see me in the LEGO store, hanging around the Star Wars products, one guess which box I’ll be picking up.