Does Captain Rex Need to be Live-Action to be a “Real” Character?

It’s a great time to be a Star Wars fan, as shows like The Mandalorian and The Book of Boba Fett explore the saga’s past even as they blaze new trails into the future. There was much rejoicing when Bo-Katan Kryze and Ahsoka Tano made the leap from animation to live-action, and it’s already been confirmed that at least Sabine Wren and Grand Admiral Thrawn will be doing the same.

But after Ahsoka, there’s only one character more important, and more beloved, from Star Wars: The Clone Wars, and we’ve yet to hear anything about his live-action debut: Clone Captain Rex.

Captain Rex is one of the best-loved characters in Star Wars, but if you’re one of those fans who only watches the movies you might be wondering who he is. 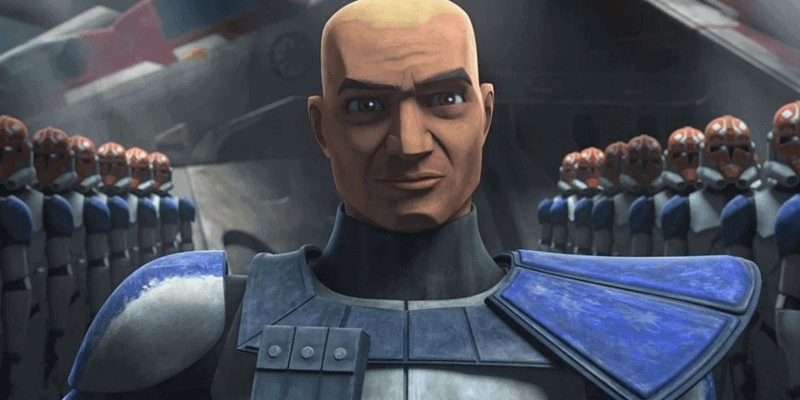 Who is Clone Captain Rex?

First introduced in the animated movie The Clone Wars, Rex was a clone captain working alongside Jedi generals Anakin Skywalker and Obi-Wan Kenobi. Rex customized his clone trooper armor with distinctive blue markings, and with his two blaster pistols and the obvious respect of his fellow clones, he immediately stood out from the crowd. He was the first clone character to really become distinct from the others – no mean feat when all the clone troopers looked exactly the same under the helmet.

Star Wars did an excellent job in giving each clone trooper a unique personality, but even so Rex stood out among his clone brothers. Rex served alongside Anakin Skywalker for most of the Clone Wars, although he took a special interest in training and supporting the young Padawan Ahsoka Tano.

Captain Rex participated in countless battles across the galaxy, and the distinctive blue markings on his armor showed a grisly tally of battle droids taken down. From the epic Battle of Quell to training insurgents on Dantooine to the Battle of Ringo Vinda, Captain Rex and his clone troopers in the 501st  brought ruin to droid forces on more worlds than we can count.

But life was rarely easy for clone troopers. Often seen as expendable, they never integrated into general Republic society and were sometimes even viewed as less than alive. In the Umbara campaign, General Skywalker was called back to Coruscant and Jedi General Pong Krell took over the 501st. Pong Krell ruled with a savage disregard for clone lives, forcing Rex to question his general’s ability to command. Rex served loyally at first, but when Krell’s treachery was fully revealed to Rex, the dedicated, veteran soldier found himself with no other choice than to arrest the Jedi for treason. In this most difficult of actions for a clone trooper born to obey, Rex revealed his true strength and his clear moral compass.

An even greater challenge came when Captain Rex learned that Arc Trooper CT-5555, an old friend known as Fives, had apparently tried to assassinate the chancellor. Skywalker ordered Rex to take Fives alive, but in the final showdown Commander Fox fatally shot Fives, who died in Rex’s arms.  The army and the Republic considered the matter closed at that point, but Captain Rex made a top secret recording of what Fives had told him about the mysterious inhibitor chip hiding inside every clone brain.

Captain Rex was the perfect soldier

Rex viewed military service as an obligation, and he always obeyed lawful orders from his superiors, but he had one of the strongest personalities in the Clone Army. He was able to think independently and state his opinion, even if it countered a member of the Jedi Council itself. He worked closely alongside Commander Cody, forming a friendship over the years as they each supported their Jedi generals, Anakin Skywalker and Obi-Wan Kenobi. But even though Commander Cody technically outranked Captain Rex, it was often Rex who naturally took the lead. 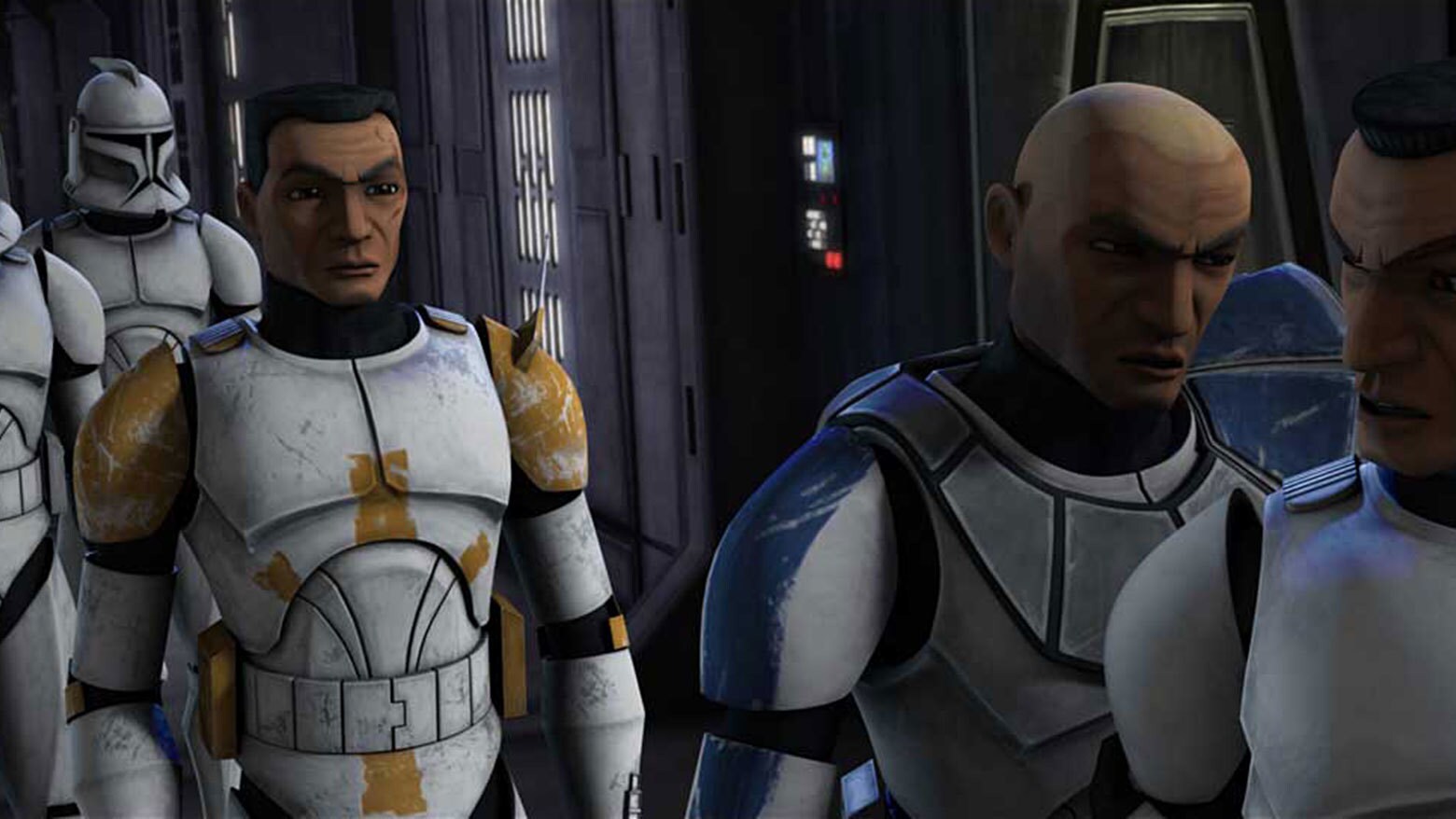 Loyal, smart, brave, free-thinking yet obedient: the Republic couldn’t have asked for a better soldier than Captain Rex. And Star Wars fans embraced this character as one of the greats.

Captain Rex after the Clone Wars

The Clone Wars came to an abrupt and horrifying end when Chancellor Palpatine (aka Darth Sidious) commanded the Clone army to execute Order 66. Every clone obeyed the order, including Commander Cody who turned on Obi-Wan Kenobi without a moment’s hesitation, but Rex managed to fight his own programming long enough to give Ahsoka Tano a chance. Clutching his two blaster pistols, Rex ordered his clone brothers to not shoot Ahsoka so that he could do it himself. With tears in his eyes this dedicated, veteran soldier found the strength to resist the immoral order.

The resulting chaos saw Ahsoka stun her old friend, remove his inhibitor chip and free Rex from his programming. They desperately fought their way free, but not before the entire battalion was killed when their ship crashed.

In the wake of Order 66, Rex and Ahsoka both disappeared into the galactic shadows as fugitives. But Rex did re-emerge briefly to contact the Bad Batch, a group of rogue clone troopers who’d never viewed military service in quite the same black and white terms as most soldiers. We’ve only seen Captain Rex briefly in this new show, but the potential for his return is high.

In one of the biggest crossovers between Star Wars series, Captain Rex returned as a recurring character in Star Wars: Rebels, when a tip from Ahsoka led the Ghost crew to Rex’s secret hideout, with Wolffe and Gregor, on the remote planet Seelos. Rex customized an old AT-TE to hunt joopa and the trio were living quite happily off any Imperial scope, but Rex ultimately decided to rejoin the fight. His reunion with Ahsoka is one of the most genuinely heartfelt moments in Star Wars, and his service to freedom continued in another epic animated series. 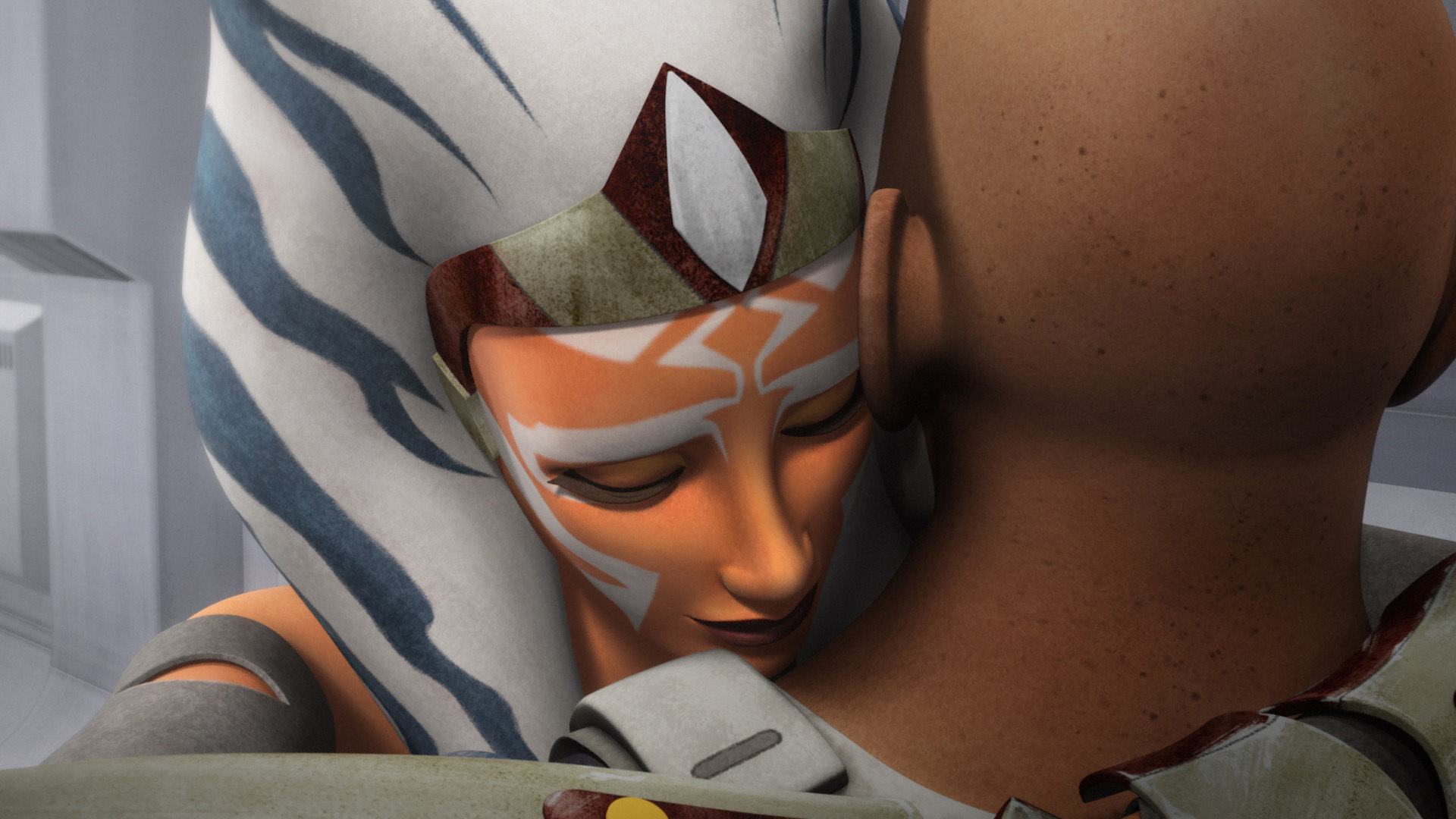 But is that enough to secure Rex as a major Star Wars character? There’s no question that Clone Wars is canon, but with so many fan having never watched it or Rebels, does Rex really rank up there with the likes of, say, Lando Calrissian?

From the perspective of a fan who loves the animated shows, this seems like an absurd question. Captain Rex appears in a feature length film and 100 episodes of Clone Wars, Rebels and The Bad Batch (to date), often as a major character. Lando, by contrast, has a total of 14 minutes across both The Empire Strikes Back and Return of the Jedi, plus his supporting roles in Solo: A Star Wars Story and The Rise of Skywalker, and a couple of guest appearances in Rebels. Looking at the wider franchise, Rex is a much bigger character than Lando.

And yet… Lando is much more famous.

So does Captain Rex need to make the leap to live-action in order to be properly recognized? Does actor Temuera Morrison need to don the clone armor with distinctive blue markings in order to free Rex from the “ghetto” of animated Star Wars?

Let me just air my frustration for a moment. It’s not like Clone Wars claimed to supersede the movies, but honestly that seven-season series is superior to the films in terms of character depth and development. Rex is a character of nuance, a complex man who followed his moral compass even as his own leaders brought ruin upon the galaxy. Star Wars is often criticized for being simplistic (even vapid), so it’s a shame that the animated series don’t get more credit in the wider fan base.

But I accept that live-action still seems to be the holiest of holies for Star Wars, so what opportunities are there for Captain Rex to re-appear?

Where could Captain Rex appear?

One possible avenue for Rex’s return would be in the upcoming TV series based around Obi-Wan Kenobi in the years between Revenge of the Sith and Rogue One. Captain Rex and Obi-Wan Kenobi were certainly friends, but with the Jedi in hiding it might be a bit of a stretch for the old clone to even know he’s still alive, let alone seek him out on Tatooine. Alternatively, it’s widely known that Hayden Christensen is reprising his role as Anakin / Darth Vader, and if this comes in the form of flashbacks to the war then Captain Rex could certainly appear.

Another possibility is Andor, which centers around the early days of the Rebellion before Rogue One. We know that Rex was active with the Rebels in this time period, but did he and Cassian Andor ever cross paths? Perhaps.

Yet another possibility, and one which would certainly get fans abuzz, would be Star Wars: Ahsoka. Ahsoka and Rex have a deep relationship forged in battle and loyalty, and including him in her story would make perfect sense. We don’t know if he’s alive in the post-Return of the Jedi time period that her show is set, but just as with Obi-Wan Kenobi, Ahsoka might give us flashbacks to the war when Rex was very much at the center of things.

These are all good possibilities and I hope that Lucasfilm takes the opportunity to bring one of the biggest characters from Star Wars animation into live-action. Captain Rex is a central figure in the saga and deserves to be properly recognized. Some would argue that he already is by his animated appearances alone. But let’s be sure and bring him to live-action – at least we already know what actor would play him.

But if Rex comes to live-action, let’s make it a meaningful, meaty role. Lando Calrissian’s appearance in The Rise of Skywalker was pure fan service (no offence to the talented Billy Dee Williams) and it would be a shame for Rex to be similarly wasted. Give us Rex the way we were given Lando in Solo – dynamic, edgy, colorful and completely fresh even while remaining true to the past.