Pong Krell: The Jedi Master Who Failed Everyone

Some leaders use their power to improve the lives of others. Others use it to create opportunities for their followers. Jedi General Pong Krell did neither. He was an odious character not just for his unpleasant demeanor – he was placed in a position of trust by people who deserved his protection, and he betrayed that trust.

Who is Jedi General Pong Krell?

A minor character in Star Wars: The Clone Wars, Master Krell only appears in a four-episode arc in Season 4 – but his time on screen is unforgettable. A four-armed Besalisk wielding two double-bladed lightsabers, he cuts an impressive figure as he towers over the clones. Sent to Umbara to take command of the 501st Legion when Anakin Skywalker is forced to visit Coruscant, General Krell quickly establishes himself as a very different sort of leader than what the clone troopers are used to. He’s blunt, disrespectful and aggressive, dismissing the sound advice of Rex, Fives and Jesse by making key tactical decisions that even the audience can see will result in unnecessary casualties. 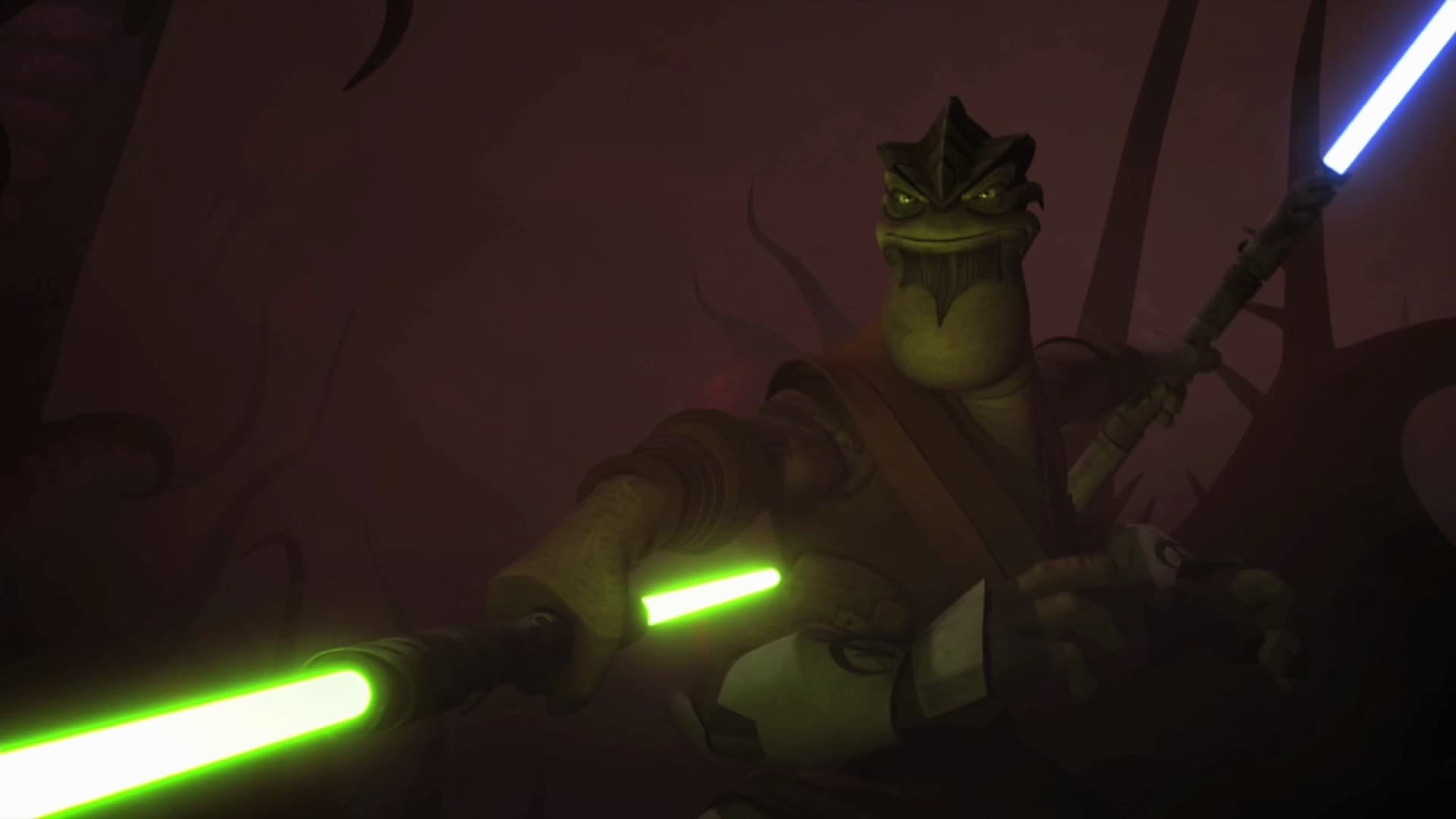 Knowing that Krell’s battle reputation is impressive and that he’s a proven wartime commander, at first the clone troopers accept his orders without argument. But each order he gives seems designed to put the 501st into maximum danger and casualties begin to rise. Although his battle plans ultimately succeed, the cost in lives is high.

Star Wars: The Clone Wars could get pretty dark

Pong Krell hates clones, and as the four-episode arc plays out we begin to get the measure of this man. Not content to simply deliver victory for the Republic, Krell takes personal delight in bullying his clones and putting them in danger. His ultimate crime, however, comes when he manipulates events to force the 501st into battle against their fellow clones in the 212 Attack Battalion.

When finally confronted for his crimes, General Pong Krell turns on his troopers without hesitation, striking them down with his Jedi weapons with a viciousness that borders on savage delight. Once in prison he gloats to Rex and Jesse about how he’s seen a vision of the Republic falling, and admits that he’s willing to sacrifice his own troops to gain the favor of Count Dooku and become his new apprentice.

The raw darkness in Krell is chilling, even more so because any Star Wars fan knows that his actions are a sign of things still to come, as the influence of the Sith descends across the entire galaxy.

Pong Krell was trusted because he was a Jedi

But what makes Krell such a despicable figure is his betrayal of the trust placed in him. As a Jedi and as a general, Pong Krell was expected to act selflessly and to the highest standard – instead, he served his own selfish interests. He represents so many terrible people in the real world – CEO’s, politicians, pastors – who’ve been given the trust of their followers and then abused it. He’s a fraud, but because of his privileged position those serving under him allow him to continue his abuse because they want to believe in him.

The loyalty of the clones was abused

One trooper in the 501st is called Dogma, so nicknamed by his brothers because of his strict adherence to every regulation. Dogma refuses to listen to Fives and the others when things start to go wrong, and he defends Pong Krell simply because Krell is their commander. He refuses to accept that a Jedi could commit treason until Krell finally reveals his plan to sell them all out to the Sith.

Utterly betrayed, it’s Dogma himself who pulls the trigger and ends Krell’s life.

Pong Krell is one of the best villains in Star Wars: The Clone Wars

Although his time on the show is short, Pong Krell stands out as an excellent dramatic character. His men follow him not because they like to but because they’re trained to, and he abuses that trust in the most terrible ways. Clone Wars is at its best when it can explore complex ideas and develop isolated but relevant storylines that give hints toward what comes later in Star Wars history.

The final episode of this four-part series is the aptly named Carnage of Krell and it’s one of the darkest  episodes in the series. Pong Krell gets what he deserves, but not before devastating his heroic clones. Less a victory for Rex and his brothers than a desperate act of survival, it’s still a sign of the nobility of the clones, and a sad link to the next time their loyalty is challenged: not even Rex is able to save his brothers when Order 66 comes, but at least in Carnage of Krell we see what the clone heart is truly made of.