Kanan Jarrus Lived up to the Jedi Ideal Better than Anyone

Star Wars: Rebels is one of the most under-appreciated aspects of the Star Wars saga. Not all fans have even watched the show (maybe because it’s a cartoon) and that’s a shame. Some of the best storytelling in the entire franchise comes from Rebels, in large part because of the excellent characters that peopled it. And of those characters, perhaps the most under-appreciated is Jedi Kanan Jarrus.

Kanan was unusual in that he never considered himself worthy of the title Jedi Knight, but ironically he’s one of the greatest examples of what a Jedi could be.

Kanan spent his early years in the Order, fighting in the Clone Wars beside his master Depa Billaba. His name was Caleb Dume, a talented but precocious apprentice who, like most Jedi Padawan, was far more interested in lightsaber combat than mastering the ways of the Force. But he was diligent and hard-working, earning his place among the many heroes of the war.

The epic opening scene of The Bad Batch brought to canon a moment we’d only heard about in Rebels: the great Jedi purge of Order 66. Caleb Dume and his master, Depa Billaba, are turned on by their loyal clone troopers but in a desperate escape, aided by Bad Batch trooper Hunter, Caleb manages to flee into hiding. 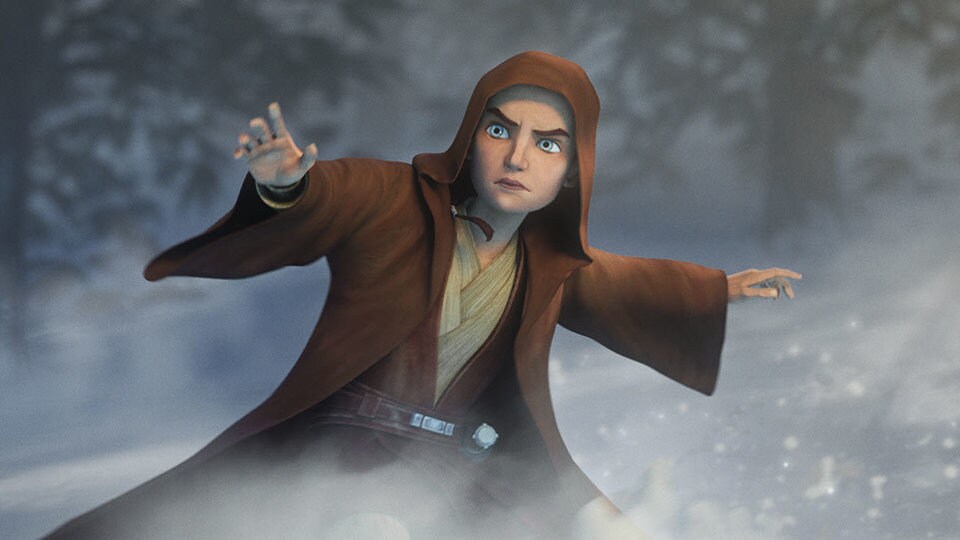 His formal Jedi training abandoned, Caleb struggles to survive in a hostile galaxy, taking odd jobs and staying on the move. He changes his name to Kanan Jarrus to avoid the never-ending pursuit of any living Jedi, but he never abandons his master’s teachings. While others might have given up or succumbed to the Dark Side of the Force, Kanan displayed the quiet strength to endure and continue teaching himself on his own.

This fact alone sets him apart as a great Jedi. Yoda and Obi-Wan Kenobi were perhaps the two greatest Jedi in the last days of the Republic, but after the horror of the Emperor’s purge they both fled into hiding. By contrast, Kanan Jarrus survived the attack and kept going, living amongst the people of the galaxy and always helping where he could.

By the time we meet Kanan in Star Wars: Rebels, he’s part of the Ghost crew and working quietly to resist the Empire in small but meaningful ways. As the animated series unfolds, we come to know Kanan through his relationships with each character.

Kanan and Hera have a romantic relationship that is subtle but undeniable. This is a major break from Jedi tradition, but Kanan is able to embrace his feelings for his beloved without letting it consume him, unlike Anakin Skywalker. He’s able to find balance, creating a strong emotional attachment but remaining in control.

Warrior Zeb joins the Ghost crew with his own demons, having failed as a royal guard and witnessed the destruction of his people. Kanan recognizes Zeb’s pain and empathizes, but instead of issuing lofty Jedi platitudes he invites Zeb into a friendship based on mutual respect and shared pain. Kanan accepts the troubled past with serenity, but realizes also that it needs to be faced and overcome.

Sabine is an ex-Imperial cadet and banished Mandalorian warrior, a pariah who could have easily descended into a life of darkness. But Kanan accepted her despite her past, and despite the fact that as a former Jedi he could have been perceived by Sabine as an enemy. Kanan displayed the finest side of a Jedi by offering Sabine forgiveness and a new home.

Ezra, a street urchin, might have been treated the same way, but Kanan sensed the boy’s growing Force abilities. Here Kanan again displayed his strength, offering to teach Ezra the ways of the Jedi even though the Order was destroyed. Whereas other Force users abandoned hope after the fall of the Republic, Kanan stayed true to his vows and worked to pass on what he’d learned.

Both Ezra and Sabine eventually became students of Kanan, and while he wasn’t always the best teacher he never stopped trying to improve, learning as much about himself as he taught his students. In this sense, Kanan was a more humble Jedi master than anyone from the last days of the Republic.

Much is made of Luke Skywalker bringing the Jedi back from the brink, but in fact it was Kanan Jarrus who first began the process. His decision to train Ezra was a risky one, as Kanan had never finished his own journey, and in the early days there were times when he regretted his path. He even went so far as to try and rescue Jedi Master Luminara Unduli so that she could take over Ezra’s training, but that mission only revealed the sad truth that Master Luminari had perished years earlier.

At this point Kanan realized that all the Jedi he’d known were dead, and that he and Ezra were the last hope for the Order. And so despite his self-doubt, despite his uncertainties, and despite all the obstacles weighed against them, Kanan Jarrus rose up to accomplish what had to be done. He faced off against Sith lords Darth Vader and Darth Maul to protect his Padawan. He uncovered the lost Jedi temple on Lothal, taught Ezra to build a lightsaber and still managed to love Hera Syndulla fully and become a leader in the Rebel Alliance.

Kanan met his end saving Hera and the others when Imperial Governor Pryce opened fire on the fuel tank where they were trapped. With serenity – and impressive Force power – he held back the explosion long enough for the others to escape, but in doing so lost his own life. 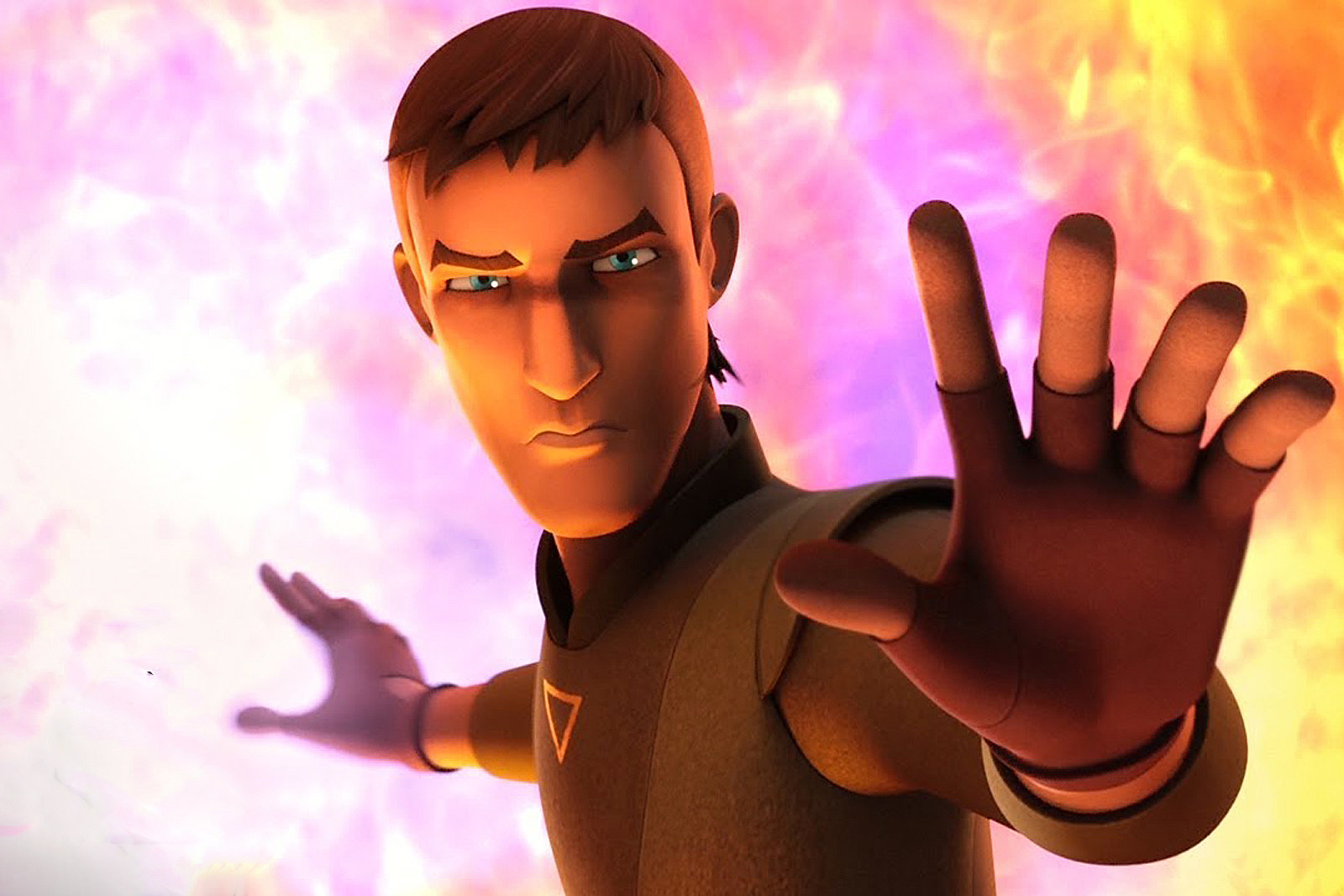 The Legacy of Kanan Jarrus

Kanan lived according to the best aspects of the Jedi code and discarded the rest. Becoming a part of the Cosmic Force he made a connection with the loth wolves to guide Ezra to victory against the Empire, and his love for Hera lived on through their son, Jacen Syndulla. His story seemed to end with Star Wars: Rebels but in Star Wars Episode IX, as Rey faced down Darth Sidious in her final stand against the Dark Side of the Force, Kanan’s voice was one of the Jedi who spoke to her.

People often debate who the greatest Jedi was. For sheer Force power Yoda probably wins, but for strength of character, for balance in the Force and for sheer grit, Kanan Jarrus is an under-appreciated master.