Jedi Master Sifo-Dyas remains one of the most enigmatic characters in the Star Wars universe. He played perhaps the central role in pushing the galaxy into war, with the fate of the Jedi Order and millions of lives decided by his rogue actions. But even twenty years after his name was first uttered in Star Wars: Attack of the Clones, we still know very little about him.

Much of the history of the Star Wars galaxy has been determined by powerful Sith like Darth Bane and Darth Sidious, and the Sith in turn have been countered by great Jedi like Yoda, Obi-Wan Kenobi and Luke Skywalker. But where does Sifo-Dyas fit into this hierarchy? Was he a mighty actor who set the course of a galaxy, or a feeble pawn swept along in the dance of the Cosmic Force?

What we know about Sifo-Dyas

Word is that George Lucas originally intended to give us more details about Sifo-Dyas in Revenge of the Sith, building on the few hints dropped in Episode II. Edits to the final Prequel removed these additions, though, leaving Star Wars fans with a mystery that persisted for nearly a decade.

In the original version of Attack of the Clones, the name of the mysterious person behind the creation of the clone army was “Sido Dyas” – a corruption of “Sidious” that implied the Sith lord’s direct involvement – but apparently a typo in the script rendered the name Sifo Dyas and George Lucas preferred it. And thus a new character was created.

Sifo-Dyas appeared in the comic book The Eyes of Revolution as part of the Star Wars: Visionaries series, and was later featured as a supporting character in the Disney-approved canon novels Darth Plagueis and Dooku: Jedi Lost. He finally appeared in film in The Clone Wars (albeit only as a recorded hologram), during The Lost One and Voices, and was also mentioned several times in the last two seasons of that series. In these various sources we get a sense of who Sifo-Dyas was, but the image is far from consistent and there remains a lot of room for further stories.

But in summary, here’s what we know. Sifo-Dyas was born on the Cassandran Worlds nearly 100 years before the events of A New Hope and was brought to the Jedi Temple as a toddler after his Force abilities were recognized. He grew up much like any Jedi youngling, training and learning in the safety of the Temple. He was good friends with another youngling named Dooku and the two of them got into trouble when they broke into a vault within the Temple to sneak a peek at a collection of Dark Side artifacts.

This misadventure brought them into contact with Jedi Master Lene Kostana, a bit of a rogue herself who was the adventurous acquirer of most of the artifacts and who was unafraid to dabble in ancient Cosmic Force techniques. She passed on some of her knowledge to Sifo-Dyas and Dooku, the latter of course going much further toward the Dark Side and ultimately becoming a Sith Lord. 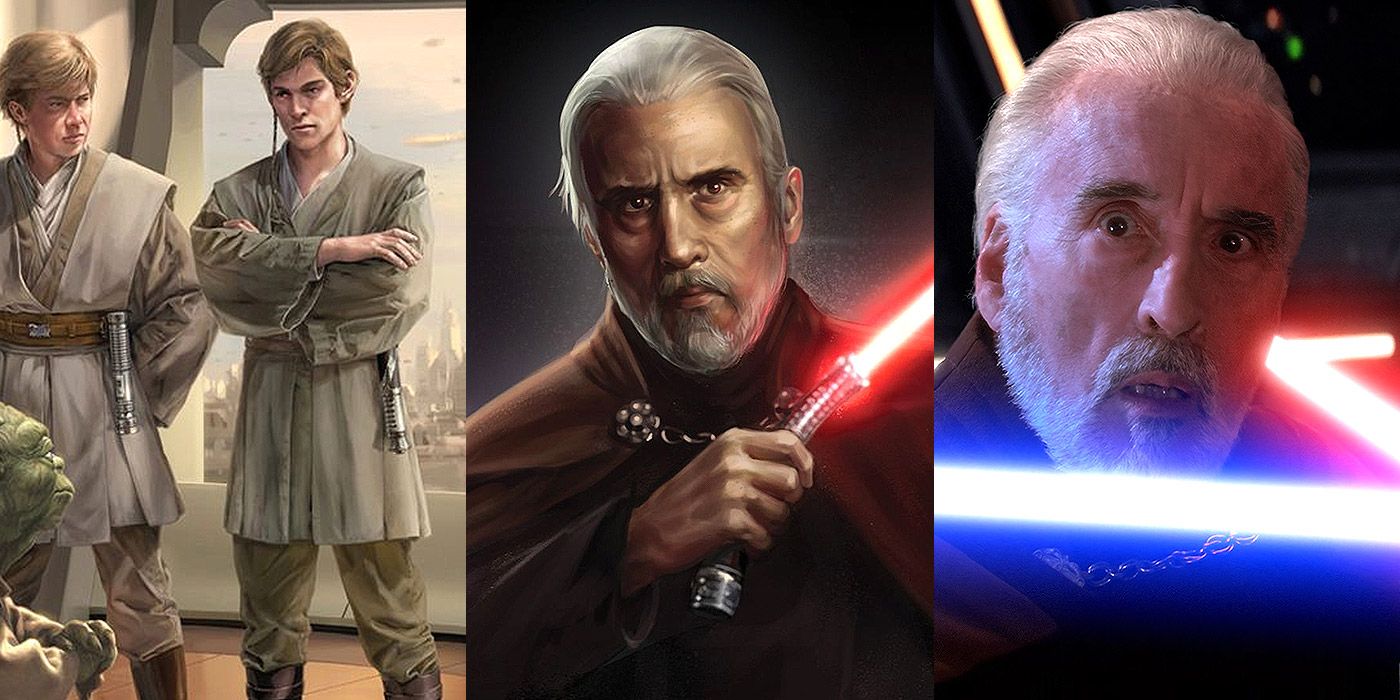 Lene Kostana took Sifo-Dyas as her Padawan, but during that time his most remarkable Force ability began to manifest: the power of foresight. Lene encouraged Sifo-Dyas to develop his gift, but she initially kept it secret from the Jedi High Council for fear of how they would react. Eventually, though, Sifo’s visions foretold a disaster so terrible that Lene felt compelled to present him to the Jedi masters. His vision of destruction came true soon after, but rather than embracing Sifo-Dyas and his gift, many of the other Jedi remained suspicious of him.

For many years Sifo-Dyas remained under the close care of Lene Kostana, even after he attained the rank of Jedi knight. His visions became more debilitating and he was often unable to interact normally with others. His old friend Dooku tried to keep him close, but as the years went by and Dooku trained a succession of Padawans – including Qui-Gon Jinn – the two former companions saw less and less of each other.

Many years later Dooku left the Jedi Order to claim his ancestral seat as the ruler of Serreno. Now Count Dooku, his devotion to the Jedi way dissolved as Darth Sidious and the Dark Side seeped into his soul. But he never forgot his old friend Sifo-Dyas.

Sifo-Dyas and the Jedi Council

Canon doesn’t tell us much about Sifo’s later life, but we do know that he was eventually elevated to the rank of master and that he sat on the Jedi Council. This seems odd, considering how troubled he was even as a knight, but perhaps the Council had a different attitude toward mysteries when Masters like Jocasta Nu filled the circle rather than Mace Windu.

Even so, Sifo-Dyas was removed from the Council at some point prior to the Naboo blockade in Star Wars: The Phantom Menace, possibly for his extreme views on building a military force to protect the Republic. Indeed, the appearance of Darth Maul and the revelation that the Sith existed might have been the final motivation for Sifo-Dyas to begin negotiating the creation of the clone army.

What we don’t know about Sifo-Dyas

But there’s so much we don’t know about Sifo-Dyas, his life, his connection to the Force, his relationship to the Jedi Order and his manipulation by the Sith lords. From the various canon sources we get the sense that he was a bit of an outcast, and he seems to have remained loyal to the Galactic Republic throughout his life. But was he a good Jedi?

From the novels we see a man struggling under the weight of his Force gifts. A youngling of modest ability, he was notable mostly for being Dooku’s friend. As a Padawan he came to the attention of the Council for his powers of foresight, but he was unable to control his powers and was often reduced to clutching his head as he knelt on the ground. His Master Lene Kostana kept him close for years, even after he achieved the rank of knight, suggesting that he really wasn’t capable of travelling the galaxy on his own.

It’s implied that Sifo-Dyas and Count Dooku remained close even after the Count returned to Serenno and, as Darth Tyranus, Dooku could have exerted great influence over his friend. As Dooku himself fell under the influence of Sheev Palpatine / Darth Sidious, the seductive call of the Dark Side could have nudged Sifo-Dyas toward destruction.

We also don’t know a lot about how and when Sifo-Dyas contacted the clone makers on the planet Kamino. It’s clear that the cloners were comfortable making discreet (even shady) deals and keeping secrets, so it’s believable that Lama Su would have taken Sifo’s word and started the project without looking for official confirmation from the Jedi Order or the Galactic Senate, but still… I’d like to know how Sifo-Dyas convinced the folks on Kamino that he spoke for the entire Republic.

Did Sifo-Dyas and Obi-Wan Kenobi know each other?

Qui-Gon Jinn knew Sifo-Dyas, so it’s probable that Obi-Wan Kenobi had at least met the old Jedi master. Star Wars lore is pretty thin on this subject, but from the novels it seems Qui-Gon was one of the few Jedi who took Sifo-Dyas seriously, and if nothing else Qui-Gon did teach his Padawan to respect other Jedi.

Obi-Wan clearly knew who Sifo-Dyas was when his name was mentioned on Kamino, but the attitudes we see on screen from members of the Jedi Council are difficult to interpret. Mace Windu was as stone-faced as ever, but even Yoda seemed reluctant to engage on the subject. The fact that Sifo-Dyas ordered the creation of a clone army with Council approval (or even knowledge) must have been a constant source of embarrassment to them.

The fate of Sifo-Dyas

Perhaps the part of Sifo’s life we know the most about is its end. He was sent on a mission by Chancellor Finis Valorum to Oba Diah, to negotiate with the Pyke Syndicate. But tragedy struck when Dooku paid the Pykes to kill Sifo-Dyas, and they shot down his ship. Sifo-Dyas was killed and his body quickly cremated by Dooku to destroy any evidence. Because the Jedi Council was unaware of Chancellor Valorum’s mission, the fate of Sifo-Dyas remained a mystery for years, until Jedi Master Plo Koon and his clone troopers discovered the wreckage and began to reveal the uncomfortable truth.

Was Sifo-Dyas a powerful force user?

Overall, the life of Sifo-Dyas seems to be a tragic one. But unlike the tragic lives of other heroes in the Star Wars galaxy – like Darth Vader or Kylo Ren – Sifo-Dyas was never offered a chance at redemption. Was this merely because of circumstance, or was it a reflection of his power in the Force? 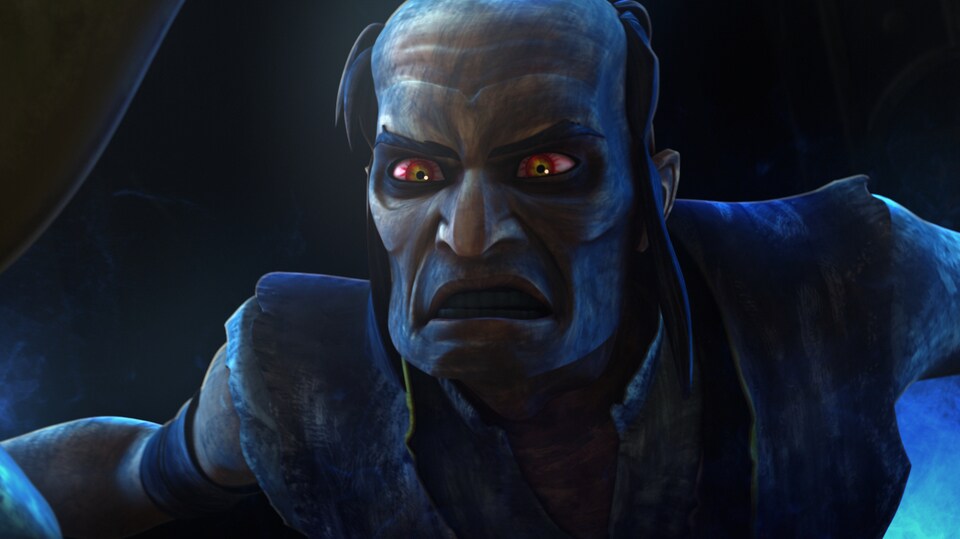 Sifo-Dyas had an amazing ability – the power to see the future – but never in any canon source have we seen him master this power. It debilitates him, even consumes him. He was driven by his visions of the Clone Wars to go rogue and order the clone army, which might have seemed like a heroic thing to do except it played into the hands of the Sith and led to the creation of the Galactic Empire.

In comparison, Anakin Skywalker also endured visions of a terrible future when he was on Mortis, but he was able to resist the lure of the Dark Side at the time. Anakin also suffered from foresight and eventually surrendered to the darkness in his obsession to save Padme, but even then he remained in control as he destroyed the Republic and ended the Clone Wars at the right hand of the Emperor. He may have been a terrible person, but he was nothing if not powerful.

Ben Solo, likewise, was tortured by the power of Snoke and his own twisted soul, and while he struggled at times to prove himself he consistently demonstrated his raw power in the Force.

Even Luke Skywalker, a Jedi who gave up on the Rebel Alliance, his family and whole galaxy, retained immense power and was able to use it when the need was greatest.

In comparison, Sifo-Dyas comes across as weak. He had great power, yes, but he was never able to control it or control his destiny. There’s no denying the fact that the Clone Wars started because of his secret quest to build a clone army, and that this clone army was a terrible instrument of destruction.

Perhaps we should give Sifo-Syas credit for always trying to do what he thought was best, and never giving in to the Dark Side, but even with this it’s hard to look upon him favorably. Like the clones he created, he was an unwitting pawn in a much larger game of galactic power. He lacked the strength to achieve his full potential and ended his days in a forgotten grave on a moon of Oba Diah.