Star Wars: Why Ryloth is Only Going to Get More Important

Star Wars takes place in a big galaxy, but some of its worlds are more developed than others. I’m not suggesting that Tatooine will ever be replaced as the center of the drama (no matter what young Luke whined) it’s clear that Ryloth, the home of the Twi’leks, is growing in importance.

Another example of why we love Star Wars: The Clone Wars

The animated TV series The Clone Wars is awesome for many reasons, but one of the greatest is that it takes concepts barely hinted at in the movies and brings them fully to life. Take the Twi’leks. This species was first introduced in Return of the Jedi, most memorably in the exotic dancer Oola who got fed to the rancor, but also in Jabba’s sinister major-domo, Bib Fortuna. (Although, to be honest, I don’t think Lucasfilm actually considered these two characters the same species originally.)

Oola was the big star, and as a result the Twi’leks became known as the “sexy species” as they made the odd appearance in the Prequel Trilogy as serving girls, dancers and slaves. Even the Jedi weren’t immune, with Aayla Secura the only Jedi Knight who fought the war in a leather bikini. 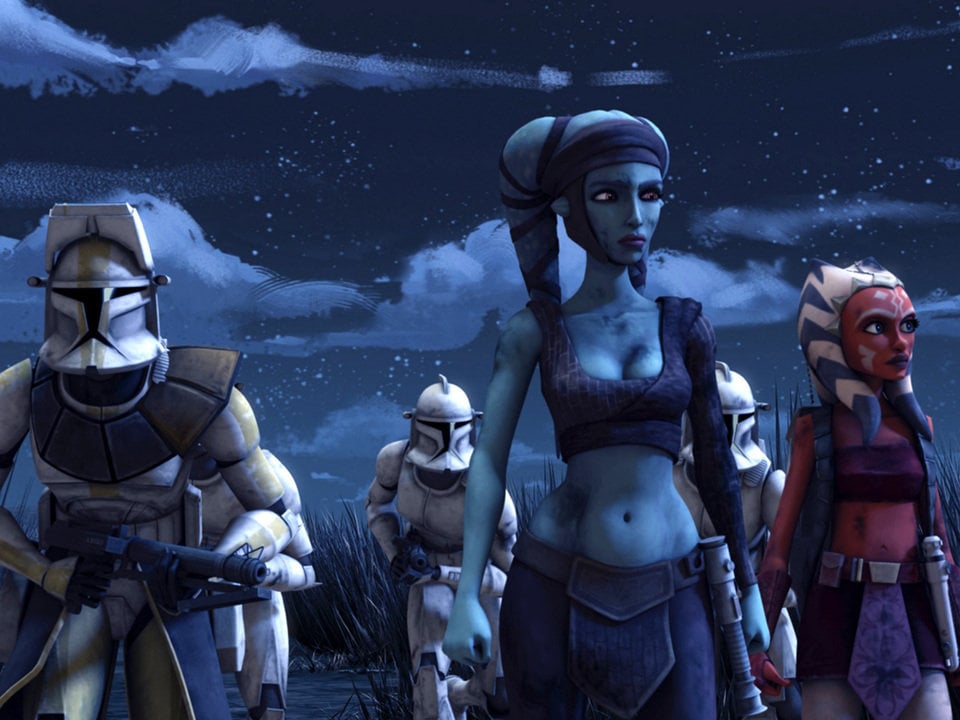 Even in Star Wars: The Clone Wars this stereotype persisted, although excuses were made about how Twi’lek women were highly prized as slaves across the galaxy and therefore often appeared in exotic roles. But near the end of the first season there came a three-episode story that took viewers to the planet Ryloth and revealed a new side to its people.

On Ryloth, the average Twi’lek is fully-clothed

For starters, Twi’leks don’t all wear bikinis and loin cloths. As a Separatist army devastates the villages and occupies the major city, we get to see the people of Ryloth in a variety of roles – freedom fighters, pompous diplomats, innocent civilians and plucky children. Their planet is harsh, but the Twi’leks are strong. All of a sudden, we see them as people, and not as sexual objects.

The Separatist occupation is harsh and the fighting is fierce, but the clones are assisted by local rebel fighters led by Cham Syndulla. And things get even more interesting because the rebels have no faith in their representative in the Senate, Orn Free Taa, believing that he’s more interested in acquiring money and power for himself than actually helping his people.

Ryloth is the first time we really get to see different sides of a planetary society, rather than just a simplistic snapshot. Unlike the primitive Ewoks, the silly Gungans, or the peace-loving Nubians, the Twi’leks are complex. Some want to take action while others want to hide. Some like to talk and others hang back. They still like to dance, but at least it’s both men and women dancing – making this an expression of culture rather than exploitation. A lot of these details are subtle, but right away they put the Twi’lek people in a fresh light.

Throughout The Clone Wars and into Star Wars: Rebels, Ryloth is a planet the story keeps returning to, and its Twi’lek characters continue to influence events.

The denizens of Ryloth have spread far and wide around the Republic and, later, the Empire, appearing almost every week in a Clone Wars episode. One of the major species in the galaxy, they seem to account for at least some of the population on every world. Let’s review some Ryloth notables. 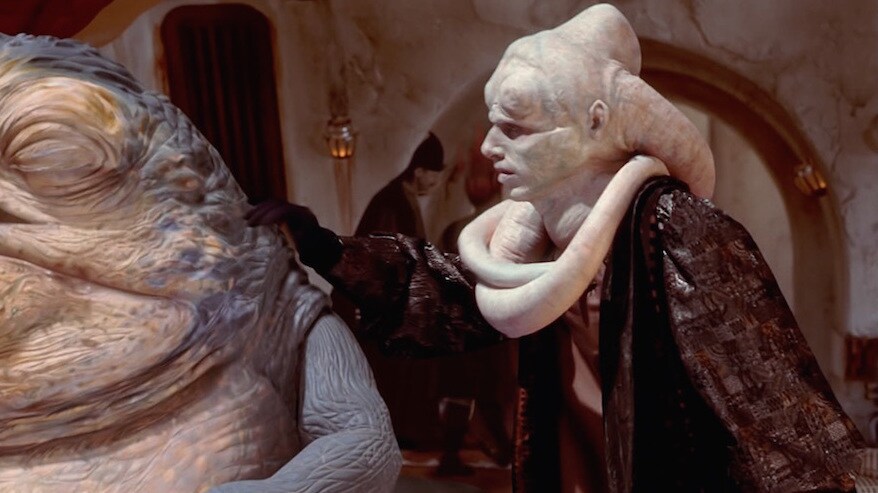 The top servant, and eventual successor, to Jabba the Hutt, Bib Fortuna isn’t the best representative of his species. Cunning and vicious, he serves Jabba loyally for decades and then opportunistically seizes control of the Hutt’s criminal empire. He meets a sudden end at the hands of bounty hunter Boba Fett, shot dead on his own throne. None of us mourn his passing.

We first see this Jedi in the Prequel films, but she doesn’t actually speak until the epic, two-episode series in Season 1 of Clone Wars. She’s the one who introduces the fact that Twi’leks have a French accent. Apparently George Lucas had always wanted to distinguish Twi’leks this way (and other Star Wars races have consistent vocal patterns based on Earth accents) but I have to say, a French accent is just about the only thing that would make Aayla Secura even more of a Bond girl. At least she’s a great character: tough and decisive when necessary, kind and thoughtful when she can be.

A strong, decisive rebel leader, Cham Syndulla grudgingly agrees to help the Republic forces fight the Separatist occupation of Ryloth, though he trusts no-one outside his own freedom fighter group. A believable character, he’s both sympathetic and unlikeable – while we rarely agree with his methods, we still root for him because we know his cause is just. He’s appeared in Clone Wars, Rebels and The Batch Batch, and I doubt we’ve seen the last of him. 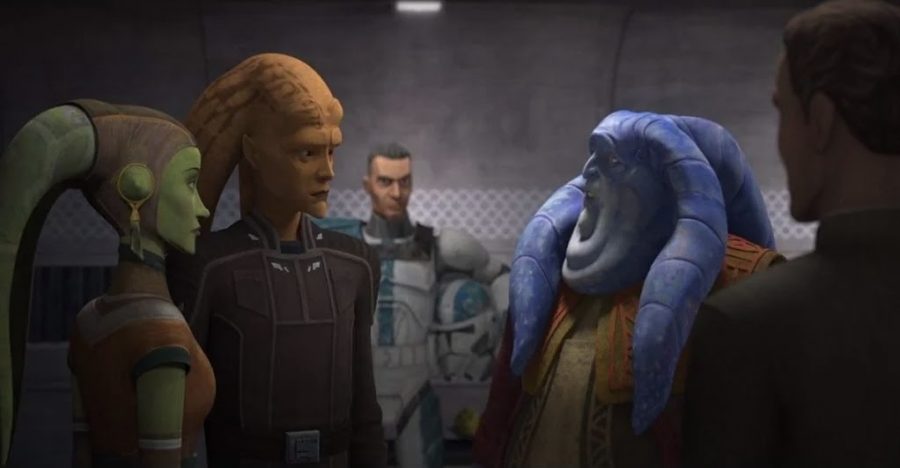 The Republic Senator for Ryloth, Orn Free Taa is a self-serving, over-indulging politician far more interested in his own hedonistic pleasures than actually serving his people. Most of the time he’s an amusing side character in this episode or that, but his conflict with Syndulla and unwillingness to help his people reveal that he’s far from harmless. Instead, this senator represents the clear problem of corruption in the Republic.

A main character in Star Wars: Rebels, Hera Syndulla is Cham’s estranged daughter who refused to follow her father’s ways and left Ryloth to search out a different path. With her cranky droid Chopper at her side, Hera fights the Empire and is a founding member of the Rebellion. It would have been cool if the creators of Rebels had let her keep her Ryloth (French) accent – at least in her two-episode appearance as a tween in Bad Batch we get to hear her call her droid “Choppaaiirr” in her native accent. 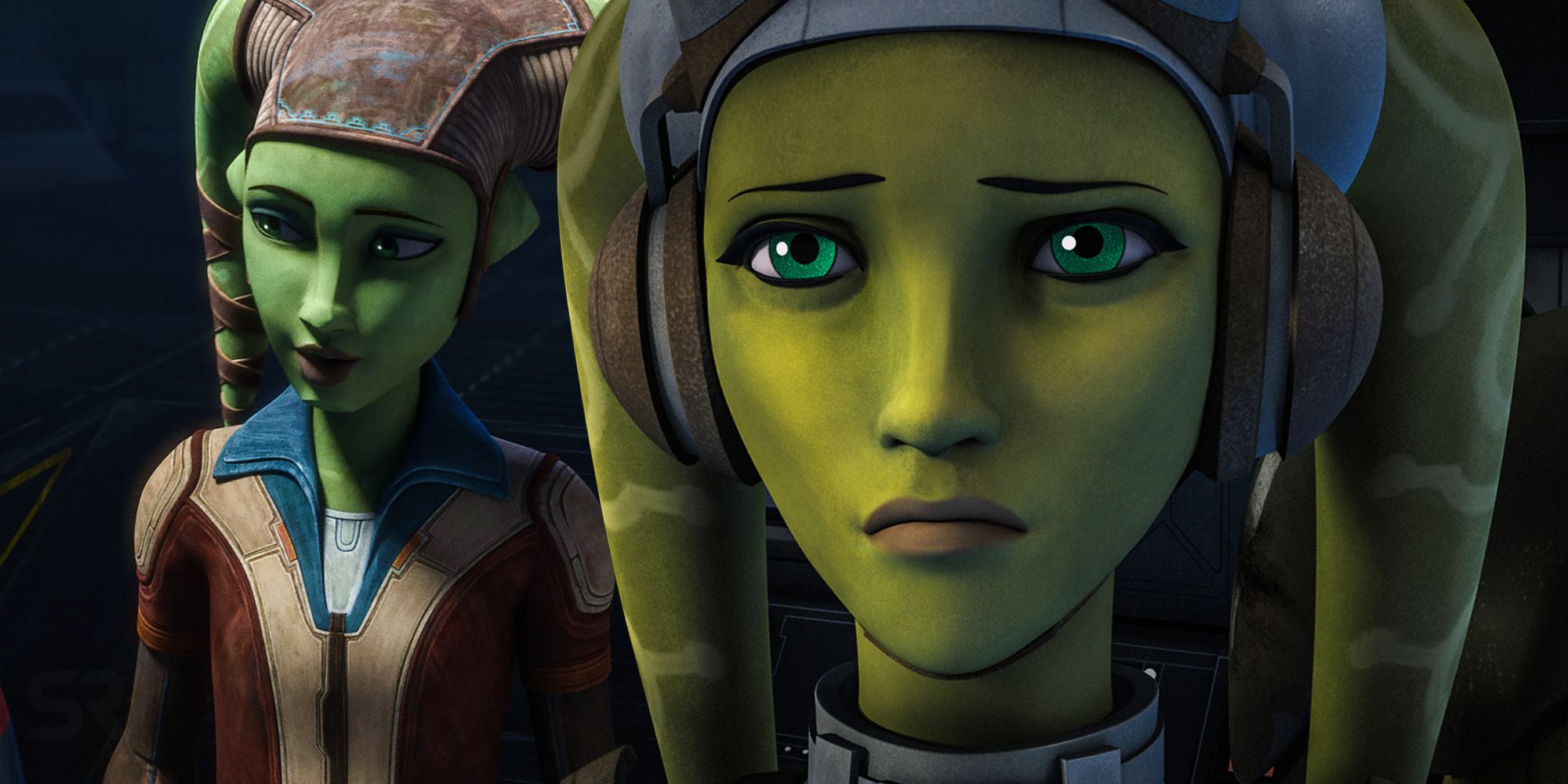 Ryloth will be back, and the site of more conflict

Hera Syndulla did wonders to help rid Star Wars of the stereotypical Twi’lek image as an exotic dancer, but she’s hardly the only character to showcase the complexity of her people. Ryloth gets a high rating as one of the more dramatically developed worlds in Star Wars, and it was a treat when Hunter and the clones of the Bad Batch took us back for a new look around at the site of Hera’s childhood during the post-Republic, post-Order 66 galaxy.

There’s a lot more to unpack on Ryloth and I doubt we’ve seen the last episode to take place here.