When you’re a young film-maker and you’re planning to produce a movie that nobody believes in, it’s always a smart choice to secure some famous talent. In the mid-1970’s George Lucas found himself in exactly this situation and he managed to secure not one famous English actor but two: Peter Cushing as Grand Moff Tarkin and Alec Guinness as Ben “Obi-Wan” Kenobi.

Peter Cushing was brilliant as the villain of the piece, but who was this Alec Guinness (Sir Alec Guinness, no less) playing the wise and mysterious Jedi?

When Star Wars was released, North American audiences were unfamiliar with Alec Guinness, but he was already a famous and feted actor in Britain.. While the original Star Wars trilogy may have gone on to become the greatest film franchise in history, many familiar with Alec Guinness felt he was taking a step down in the “fairy tale rubbish” of an American science fantasy.

Born in London in 1914, Alec Guinness de Cuffe was interested in acting at a young age but was hardly encouraged by family or friends. His first career was at an advertising agency, but he pressed forward with his acting dream and made his stage debut in 1934 at the King’s Theatre in Hammersmith, London. His first role was as an extra, but his career continued to grow and he landed roles in classic plays such as Richard II, The Merchant of Venice and Hamlet.

His first film role was in Great Expectations, followed by Oliver Twist and a series of comedies such as The Man in the White Suit. 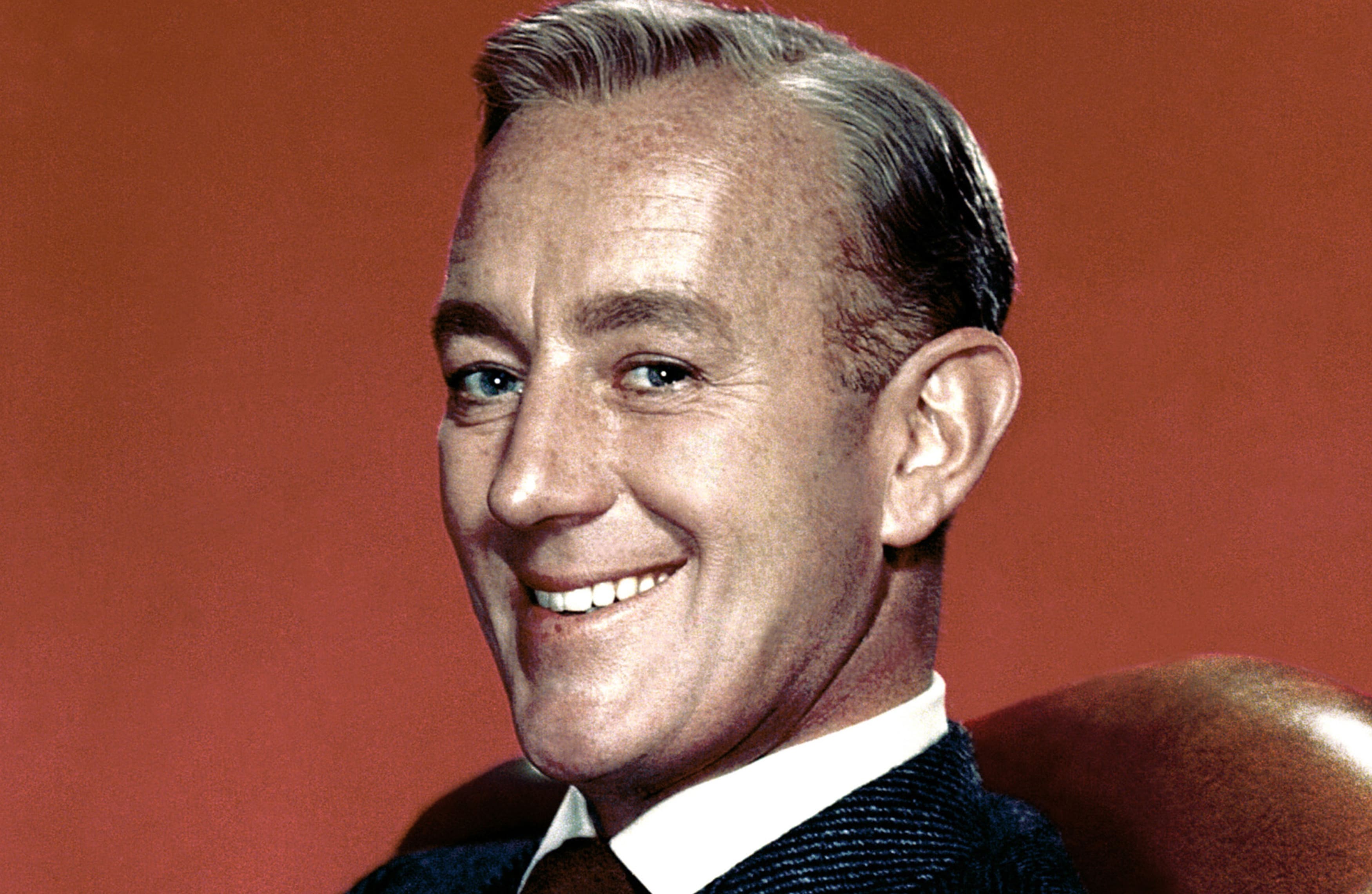 What to do in foreign port…

The Britannica biography of Alec Guinness states rather blandly that “while on leave from the Royal Navy during World War II, he made his New York stage debut in a 10-day Christmas run of Flare Path.”

Wait – hold on! He did what? I’ve served nearly twenty years in the Navy and I’ve had some memorable foreign port visits, but never have I strolled up to a foreign playhouse and talked them into putting me on stage. Alec Guinness did this in New York, during the Second World War. That’s pretty badass. Respect.

Alec Guinness disappeared into his roles

After Guinness served his country in the Navy, he threw himself full time into his acting career and he appeared in some of the best British films of the 50’s and 60’s. One of his breakout performances was in Kind Hearts and Coronets, where he played all eight members of the D’ascoyne family.

Not a film star in the traditional sense – where one creates a distinctive style and just repeats it in multiple roles – Guinness won praise for his ability to disappear into his characters so completely that audiences didn’t always realize who the actor behind the character was. Fellow actor Peter Ustinov called him the “outstanding poet of anonymity” for his understated, subtle yet technically brilliant performances. 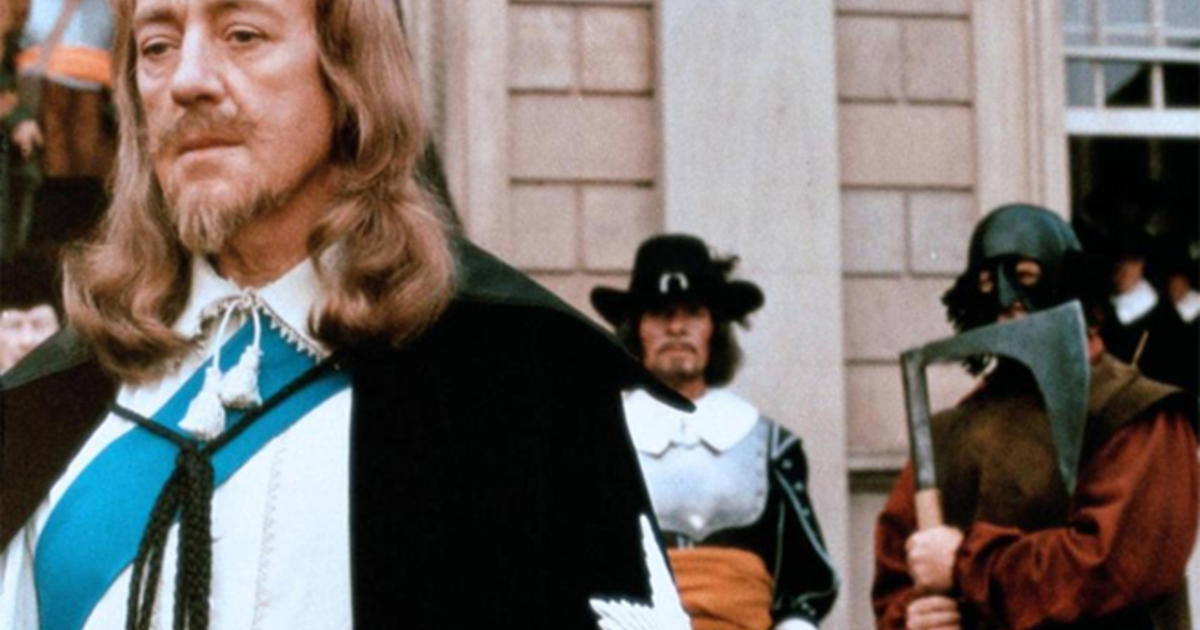 Alec Guinness gained international attention when he received the Academy Award nomination for Best Actor for his role as Colonel Nicholson in Bridge on the River Kwai. He won the award, and went on to play many notable and diverse parts, such as Holland in The Lavender Hill Mob, Captain Henry St. James in The Captain’s Paradise, Prince Albert in The Swan, William Horatio Ambrose in All at Sea, Gulley Jimson in The Horse’s Mouth, Major Jock Sinclair in Tunes of Glory, Prince Faisal in Lawrence of Arabia, Marcus Aurelius in The Fall of the Roman Empire, General Yevgraf Zhivago in Doctor Zhivago, King Charles I in Cromwell, Pope Innocent III in Brother Sun, Sister Moon, Adolf Hitler in Hitler: The Last Ten Days, and spymaster George Smiley in Tinker Tailor Soldier Spy.

Both the British Film Institute and his peers praised his skills and his diversity, bringing his prodigious talent to everything from grand battle scenes to tense courtrooms to filthy East London streets. Whether in a lead or support role, Alec Guinness brought everything he had to each part.

Alec Guinness was knighted in 1959 for his contributions to the arts – an impressive feat considering his relative youth.  Coming so soon after winning Best Actor for Bridge on the River Kwai, Sir Alec Guinness seemed unstoppable. But in real life he remained a humble man, keeping his private life and public duties as separate as he could. In those days an actor still had the ability to keep his personal life out of the media and Alec Guinness maintained his own private rules about dealing with the media.

And then a little film called Star Wars came along, and Ben “Obi-Wan” Kenobi made Alec Guinness into a household name around the world. Interestingly, George Lucas had originally conceived of Obi-Wan Kenobi as more of a trickster, but Guinness refused the role. Lucas rewrote the part into the wise mentor we all know, and eventually re-invented the Jedi trickster as Yoda in The Empire Strikes Back.

The Star Wars films of course went on to tremendous success both at the box office and with critics – and Sir Alec was even nominated for the Oscar for Best Supporting Actor for his turn as Ben “Obi-Wan” Kenobi – but he never truly warmed to what he considered a “pretty staggering film.” He’s on record that he wanted George Lucas to kill off the character, saying, “I just couldn’t go on speaking those bloody awful, banal lines. I’d had enough of the mumbo jumbo.”

Actor Harrison Ford has sometimes been criticized for his own derision of the Star Wars films, since it was Star Wars that made him famous and allowed his previously stalled acting career to flourish. But Sir Alec Guinness was already at the top of his game when Ben “Obi-Wan” Kenobi joined the ranks of roles he expertly delivered. He owed Star Wars nothing.

He did return to reprise the role of Obi-Wan Kenobi in two later films, however, and there are reports from other actor friends like Brian Blessed saying that Guinness really did enjoy his time with the Star Wars films. The truth is probably more nuanced than any Hollywood talk might suggest. 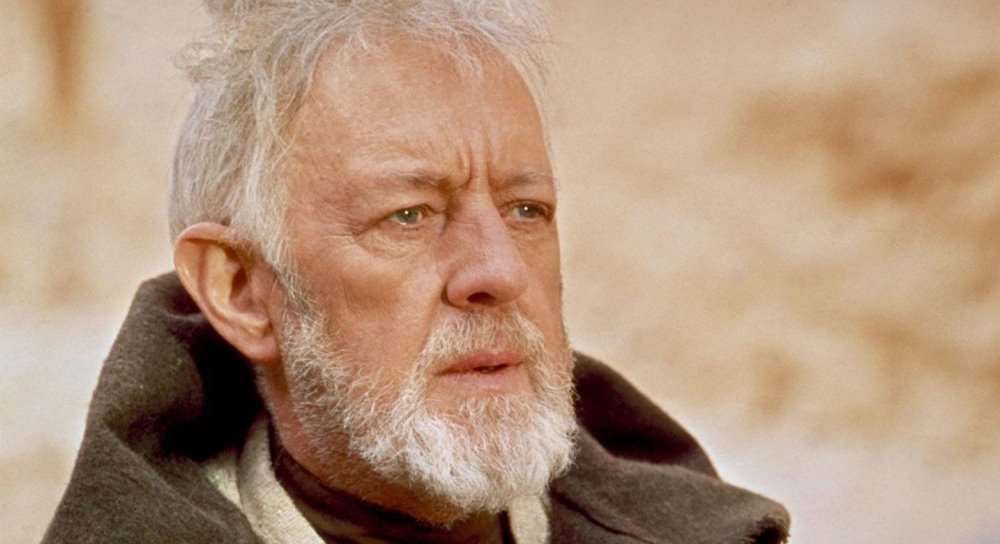 A long and successful career

From Herbert Pocket to George Smiley to Obi-Wan Kenobi, Sir Alec Guinness had a long, varied and distinguished career. In addition to multiple nominations and awards for both film and theater, he received a star on the Hollywood Walk of Fame in 1960, an Academy Honorary Award for his career in 1980 and a BAFTA Academy Fellowship Award for lifetime achievement in 1989. His knighthood was preceded by a Commander of the British Empire (CBE) and he received an honorary doctorate from Cambridge University in 1991.

Guinness wrote an autobiography in 1986 and released two sets of personal diary entries: My Name Escapes Me (1997) and A Positively Final Appearance (1999).

Once upon a time, the passing of an actor was a pretty solid guarantee that their film career was over. But in a galaxy far, far away, this seems to be changing. The first Star Wars film to break from the Skywalker Saga, Rogue One, brought back Grand Moff Tarkin as a key supporting villain, using CGI technology over a live-action actor to recreate the legendary (and late) Peter Cushing. Rogue One also featured a cameo by a CGI version of Carrie Fisher as Princess Leia, and more recently The Mandalorian has digitally de-aged Mark Hamill to bring a young Luke Skywalker back into the story. 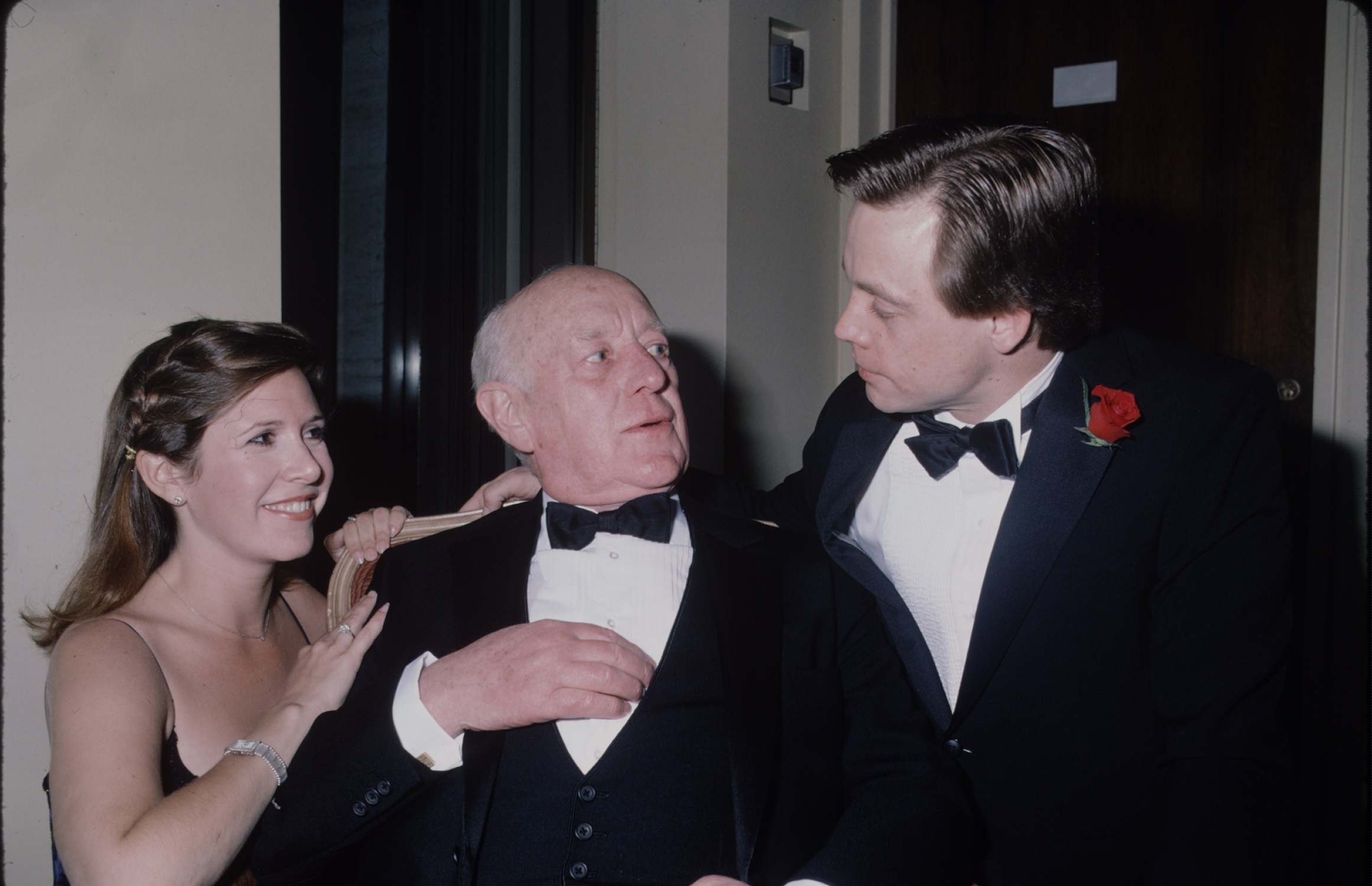 So, will we see Alec Guinness “reprise” his role as Obi-Wan Kenobi?

Probably not. The role of Obi-Wan Kenobi was successfully recast way back in 1999, when Ewan McGregor took on the character for the Prequel Trilogy. Mr. McGregor certainly paid tribute to Sir Alec’s iconic performance by imitating his accent and gestures, but the role of Obi-Wan Kenobi moved clearly into the hands of the new actor. With a new Obi-Wan TV show currently in the works starring Ewan McGregor – and based in a galactic time period not too far away from when Alec Guinness played the role – we can probably rest assured that the old Jedi will stay in the hands of the younger actor.

But… Alec Guinness did feature momentarily in two recent Star Wars films, Episodes VII and IX, when a snippet of his voice was edited to say Rey’s name as part of her connection to all the Jedi who had come before her. It wasn’t exactly a big part, and no CGI was required, but it showed that the fandom’s connection to Alec Guinness as Obi-Wan Kenobi is still strong.

So never say never. If nothing else, it’s not too far a reach to think that the new Obi-Wan Kenobi show might feature a few “flash forward” snippets to the Jedi’s final days on Tatooine. There may very well exist enough original footage of Alec Guinness  on the 1976 Tunisian sets to cobble together some images that the younger Obi-Wan might see in a Force vision.

So will Alec Guinness return to Star Wars? Obi-Wan Kenobi certainly will, and if the producers of the show play things just right, we might see him again. Obi-Wan Kenobi does have a habit of not dying, so it would be fitting to offer Sir Alec a small taste of immortality.