How Does Carl Weathers Bring Such Gravitas to The Mandalorian?

The Mandalorian is the most exciting thing in Star Wars these days, especially as beloved animated characters like Ahsoka make their live-action debut and old favorites like Boba Fett finally get center stage. But one of the strengths of the show is its original characters, and there’s no better example than Mando’s guild boss, Greev Karga, played by veteran actor Carl Weathers.

Weathers brings a gravitas to the role in every scene, but this quality didn’t come from nowhere. It comes from an impressive career spanning six decades.

Some fans will recognize Weathers, but depending on how old they are they might remember him from very different roles. So who is he?

A son of New Orleans, Louisiana

Carl Weathers was born on January 14, 1948 in New Orleans, Louisiana. Growing up in poverty he worked hard to get ahead, using his determination and natural athleticism to stand out. There’s no doubt his early years instilled a strength of character that casting directors could clearly see.

But before pursuing his dream of making films, Weathers earned entrance to San Diego State where he excelled as a college football star. After graduation he donned the silver and black of the Oakland Raiders as a linebacker and played in 1970-1971. He continued his career as a professional football player in Vancouver, playing for the British Columbia Lions until 1973. 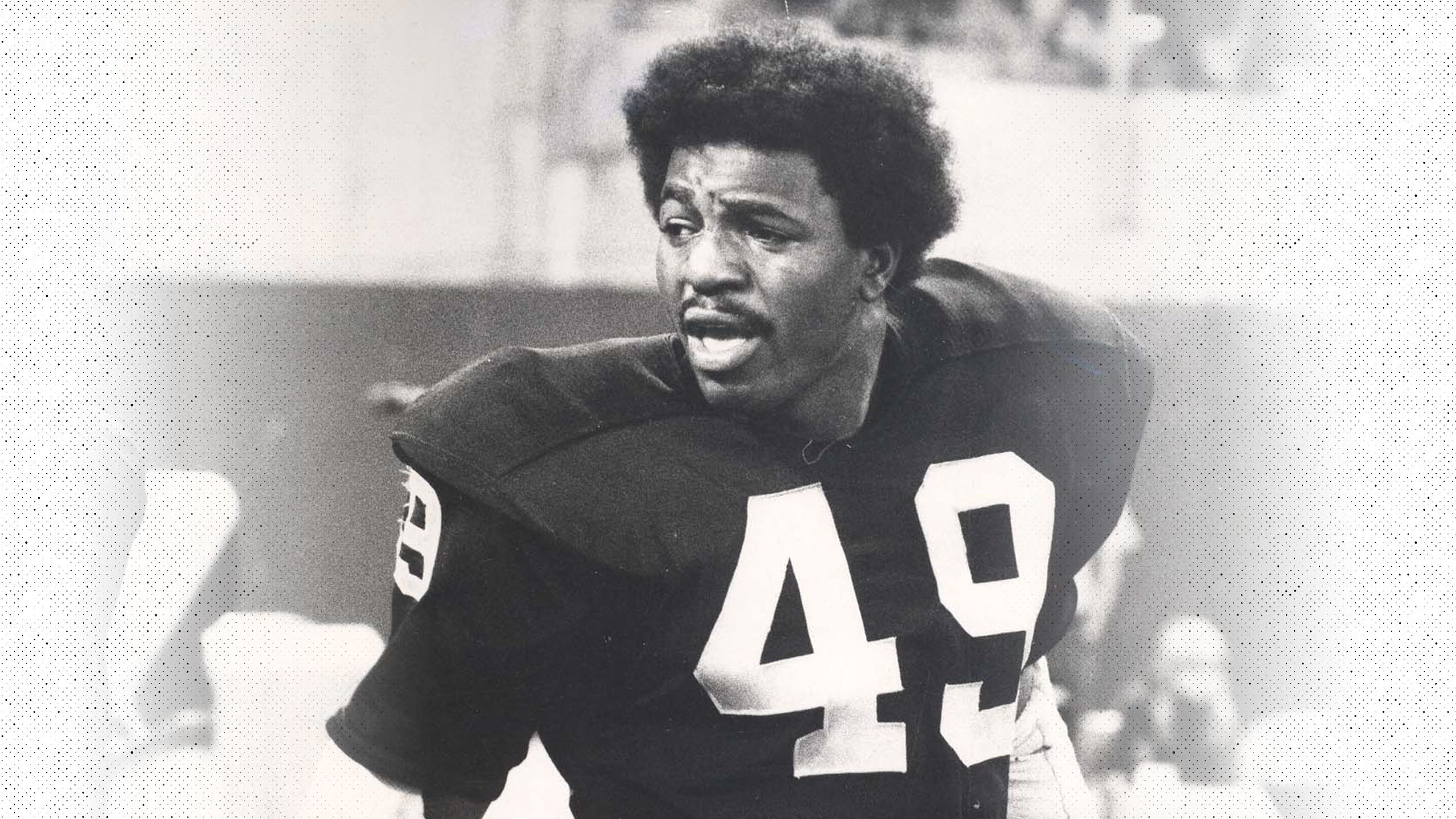 But these years as a professional athlete took their toll and in 1974 Weathers left sports behind to start his career in film. He started in 1975 with modest roles in television and movies, but his big break came when he landed the role of boxing champion Apollo Creed in a 1976 sleeper movie called Rocky. As a retired football player he’d never actually boxed, but his athleticism gave him the right look to win the part. But notes from the process reveal it was more than appearance that got Carl the part.

Sylvester Stallone recounts the tale of Carl’s audition, where he came in with supreme confidence, reading for the part and then stripping off his shirt to actually box with Sly during the audition. Weathers had plenty of personal experience with confident athletes who were equally good (if not better) at being showmen as they were playing the game, and he channeled that knowledge into his character. And the most ironic thing is that, at the audition, Weathers had no idea who Stallone was, or that this young actor was actually starring in the title role of the film.

None of them knew what a box office smash Rocky was going to be, but Weathers trained for months to get into shape as a boxer, bringing as much realism to the role as he could. The rest is history, as Rocky went on to be a huge hit and spawned a series of sequels in which Weathers appeared three more times. The character of Apollo went from adversary, to coach, to friend, and as his role in the films drew to a close Weathers was proud to say how his personal friendship with Stallone had grown just as Apollo and Rocky’s had – life imitating art.

Now considered one of the go-to actors in Hollywood, Carl Weathers enjoyed an ongoing series of roles in action movies like Predator, Hurricane Smith and, in his first starring role, Action Jackson. He also remained busy in television, in series like Tour of Duty, In the Heat of the Night and Assault on Devil’s Island. He often joined TV series for a season in an important supporting role and his face became well-known across a wide menu of works. 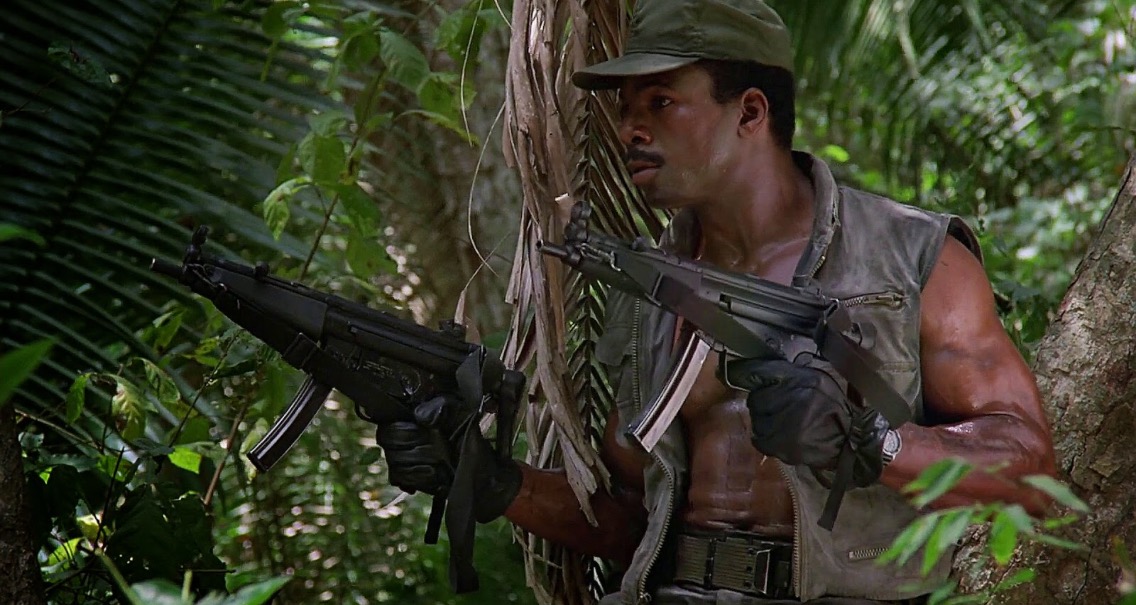 Not content to be typecast, though, Weathers expanded his work into all areas of filmography. He worked as a director, a producer, a screen writer and even a voice actor. The diversity of his work brought him praise in the film community, from comedic roles like Chubbs Peterson in Happy Gilmore to voice acting in the animated Toy Story series. He even played a fictionalized version of himself in Arrested Development. He lent his voice to the famous video game Mortal Kombat X as Dillon Skin, as well as games like Mercenaries: Playground of Destruction and The Artful Escape.

So no matter your age, you’ve probably seen Carl Weathers in something memorable prior to his arrival in The Mandalorian. At my age, I saw him and went, “Oh look – Apollo Creed!” But a younger audience might say, “It’s Chubbs from Happy Gilmore!” or “that dude from Arrested Development!”

But no matter where we recognize him from, Carl Weathers made an instant impression as Greev Karga in The Mandalorian. His screen charisma was obvious from his first scene, but as Season 1 continued to play out Weathers revealed a depth to his acting that crafted a complex and unpredictable character. Teaming up with Mando and former Rebel shock trooper Cara Dune, he appeared in five episodes and Weathers served as director for the finale.

Season 2 showed Greev Karga as a leader of the community as the locals of Navarro tried to build a post-Imperial life. His pride in the school that had risen from the ashes of the site of their showdown with Moff Gideon was obvious, but Karga’s hard edges and taste for adventure were still apparent. The links he’d made with Mando and Cara went deep, and viewers get the sense that Navarro will be safe from Imps, pirate raiders or any other external threats the galaxy might cough up. 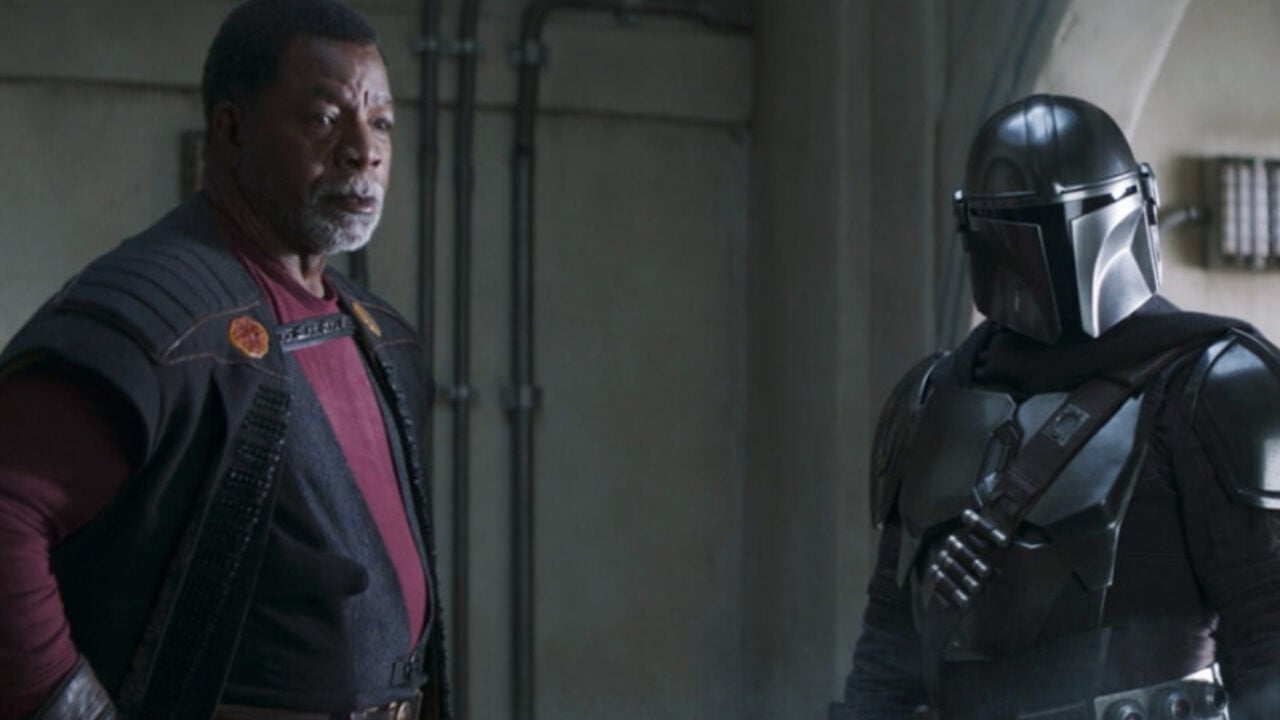 As The Mandalorian series readies itself for Season 3, news of what we can expect has been scarce, but on October 12th Carl Weathers posted on his Twitter page that he was returning to his role. With so much more of the galaxy open to explore we can only guess where the series will go next, but clearly Greev Karga has more of a role to play. Maybe he can coach Mando through the politics of the New Republic, or link up with him as the bounty hunter evades the inevitable trouble coming for him as the new holder of the Dark Saber. Whatever happens in Season 3, we can all be glad that Carl Weathers will be a part of it.