Star Wars has had some excellent actors fill its ranks over the years, and sometimes those actors come with a pedigree far greater than expected. Much was made of the original film when George Lucas secured Alec Guinness and Peter Cushing – two veterans of British theater – but in 1983 another British actor joined the cast: Ian McDiarmid.

Who is Ian McDiarmid?

Although an unknown name to Hollywood audiences in 1983, Ian McDiarmid (born in Scotland in 1944) was already an established theatrical actor when he agreed to play the role of the Emperor in Return of the Jedi. This was hardly his first performance.

Ian McDiarmid’s life was originally pointed on a different path, as he earned a Master’s of Clinical Psychology at the University of St. Andrews. He eventually discovered his true calling in theatre, however, winning a gold medal at the Royal Academy in Glasgow and gracing the stage in many character performances. He’s won the Tony Award for his work on Broadway in Faith Healer and the Olivier Award for his work in British theatre. As both an actor and director, he’s been a major part of the London theatrical scene for decades. 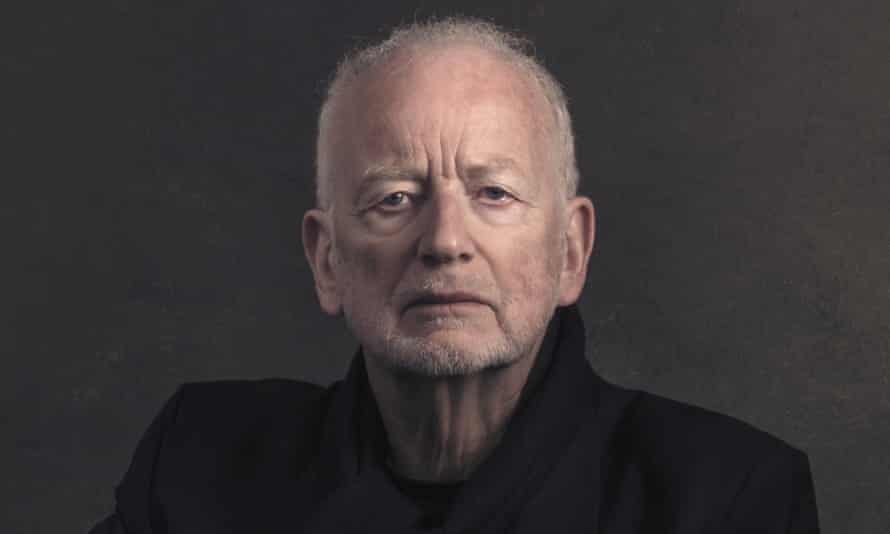 But every actor needs to eat, and by 1981 he’d done a bit of film work. It was never his intention to abandon the theatre, but how could he say no when Lucasfilm offered him the role of Darth Vader’s boss? What’s most surprising is that McDiarmid was only 37 years old when he accepted the role, but with the right make-up and costume he convincingly portrayed the ancient Emperor.

His career might have shifted to movies at this point, but McDiarmid viewed his turn in Star Wars as an amusing one-off and he returned to the London theatre scene. By 1990 Star Wars was considered a dead franchise, but less than a decade later Star Wars beckoned again with something called “prequels” and McDiarmid was convinced to reprise his iconic character.

Emperor Palpatine, or Darth Sidious, is the true villain of the Skywalker Saga and Ian McDiarmid has (thanks to the Empire Strikes Back special edition and some fancy editing in Force Awakens) appeared in seven of the nine films. McDiarmid is consistently evil through every stage of his character, from the younger Senator Palpatine to the cloned Sith Lord.

Return of the Jedi

We first saw him in the finale of the Original Trilogy. Jedi came on the heels of Empire – which had established Darth Vader as the most badass villain in movie history – and there were huge expectations  about who was pulling Vader’s strings. The Emperor (we didn’t even know his name was Palpatine then) met our every expectation as a sinister, scheming, all-powerful mastermind. His attempts to get Luke to join the Dark Side were convincing and frightening. Darth Vader’s ultimate betrayal of his master was believable, and we all cheered as we watched the Emperor plummet to his death.

It might have seemed impossible to bring this character back, but in 1999 a new Star Wars trilogy launched, going back in time to when the Republic still stood. An older Ian McDiarmid came back to play a younger Chancellor Palpatine, giving us a kindly face beneath which we knew evil lurked. It’s from his character that the film gets its title.

Attack of the Clones

This movie is terrible, frankly, but that’s not due to any fault of Ian McDiarmid. His playing Chancellor Palpatine is one of the few consistent parts of this Star Wars episode, and while the dialog in general is wooden to the extreme, his almost-campy delivery received some of the best critical praise.

Revenge of the Sith

Despite having already appeared in three other Star Wars films (four, if we’re including the Empire re-release), Episode III was the first time Ian McDiarmid had to hold a lightsaber. He took fencing lessons and performed all of his own combat scenes (except the crazy acrobatics). His performance would again be one of the best parts of the movie. The highly anticipated fall of Anakin Skywalker to Darth Vader didn’t always hit the mark, but Ian McDiarmid provided a solid presence as the Prequel Trilogy drew to a close.

Not even Ian McDiarmid could save The Rise of Skywalker

But then, in December 2019, everything fell apart. The media was going crazy about the idea of Palpatine returning to Star Wars and the fans were hugely excited, but none of us knew just how much was about to be lost. We might have known, I suppose, after the inconsistent effort of the two Sequel Films that Rise of Skywalker had to follow, but even so…

Palpatine died back in Return of the Jedi! We all knew it. It completed the saga. Revenge of the Sith had shown Chancellor Palpatine revealing himself as Darth Sidious, but we knew that this villain would get his comeuppance at the hands of Vader and his son. Why mess with that?

Again, no criticism of the actor. I’m sure Ian McDiarmid was happy to re-join the Star Wars team for a year or so, and his portrayal of Darth Sidious was pitch-perfect. But after the media fallout over Episode IX, I’m sure this actor/director was more than happy to head home to Scotland and bury himself in some solid theatre work for a while.