If there’s one thing Star Wars Episode III: Revenge of the Sith did well, it was proving that Darth Sidious (aka Emperor Palpatine) is seriously evil and seriously badass. But for all his badassery, is Sidious the greatest Dark Lord of the Sith ever? Allow me to offer a counterpoint in the legendary Sith Lord Darth Bane.

And when I say legendary, I almost mean that literally. Darth Bane was first mentioned in the novelization of Star Wars Episode I: The Phantom Menace, but he was fully fleshed out in the novel trilogy written by author Drew Karpyshyn. He also featured in the comic series Jedi vs Sith. For years Darth Bane was part of the Expanded Universe canon, but when Disney bought Lucasfilm everything except the six movies and Star Wars: The Clone Wars was declared non-canon. The Expanded Universe was renamed Star Wars Legends and Darth Bane – along with Grand Admiral Thrawn, Abeloth and hundreds of other characters, places and ideas – were relegated to secondary status.

But… There’s one scene in Star Wars: The Clone Wars Season 6, Episode 13 where Yoda, on a hunt for the truth, encounters the ghost of Darth Bane. So the dark lord is canon once again!

There are rumors that Lucasfilm is considering options that would see Darth Bane join the ranks of other Legends and animated characters in a live-action series, but to date there’s nothing that I would call a sure sign. Star Wars fans love rumors, and no doubt somebody out there has created a social media account to campaign for Darth Bane’s return. But until we see a definite announcement on the Disney site, the Lucasfilm site or some related, authoritative source, we’ll have to wait and see.

But who is Darth Bane, and what’s the big deal? If you’re one of the new-canon types, here’s a brief introduction to Darth Bane’s backstory. Keeping in mind that everything we know about Darth Bane is officially non-canon, there’s every possibility that what I describe here will one day be overtaken by events if Disney decides to bring this legendary Sith Lord back for an ancient adventure. But as it stands, here’s the legend.

The “bane of my existence”

Born on the planet Apatros a thousand years before the events of Phantom Menace, a young miner named Dessel lives a troubled life. His father is a cruel, bitter alcoholic who mistreated Dessel constantly, often cursing him as the “bane of my existence”. Although part of the Republic, Apatros is anything but a nice place and no-one protects Dessel from his father’s abuses. Intuitively linked to the Dark Side of the Force, he eventually murders his father. He also kills a Republic officer and is forced to flee, joining the Sith organization known as the Brotherhood of Darkness. His instinctive use of the Force draws attention to him and he’s sent for training at the Brotherhood’s Academy.

Taking on a Sith identity, he names himself Bane, after his father’s curse, and begins to grow in power. The Sith Academy is nothing like the Jedi Academy, and Bane gains favor when he kills a fellow student in cold blood. Bane is a natural, but even so he resists the Sith teachings and begins a quest to find new, forbidden knowledge in ancient books and holocrons. Thus begins a long, often subtle war within the Sith that seems destined to end only in destruction and death.

Darth Bane and the Rule of Two

To combat this self-destruction, Darth Bane creates the Rule of Two – the galaxy shall have only two Sith at any one time: a master and an apprentice (one to embody power and one to crave it).

Of course, to enforce the Rule of Two he needs to kill every other Sith Lord, as well as any acolytes or soldiers under Sith influence. By now Bane has recruited a promising young apprentice, Darth Zannah, and together they create chaos and mayhem across the galaxy as they kill rivals, defeat enemies and grow in power.

In an epic battle/betrayal, Bane manipulates the fighting between the Jedi Army of Light and the Sith army, unleashing a devastating “thought bomb” that can kill any Force-sensitive beings in range. Both sides are decimated, but whereas the Jedi have the entire Republic supporting them, the Sith are effectively destroyed.

The deadly calculus of the Rule of Two

Bane lives to old age, undertaking a search for eternal life and discovering a method of transitioning his consciousness to another body. When Darth Zannah ultimately makes her play for power and turns on her master, their epic duel involves lightsaber combat, sorcery and ancient, forbidden powers. Darth Zannah is the last Sith standing, but Darth Bane’s consciousness may have taken control of her body. Bane’s ultimate fate remains unclear, but his legacy carries on for a thousand years.

Not to suggest that the Rule of Two was always a perfect system, nor that there were always only a master and an apprentice. Even in the Star Wars stories we know well, we see Sith betrayal of Bane’s idea. As we see throughout Star Wars: The Clone Wars, Darth Maul took an apprentice, Savage Opress, even while his master still lived. Darth Tyrannus (Count Dooku) was training Asajj Ventress as part of his plans to usurp Sidious. Even Darth Vader invited Luke to join him as his apprentice – it might have been part of the Emperor’s plan to bring Luke in, but don’t think for a second that Vader wouldn’t have later turned his son into an ally against his master. 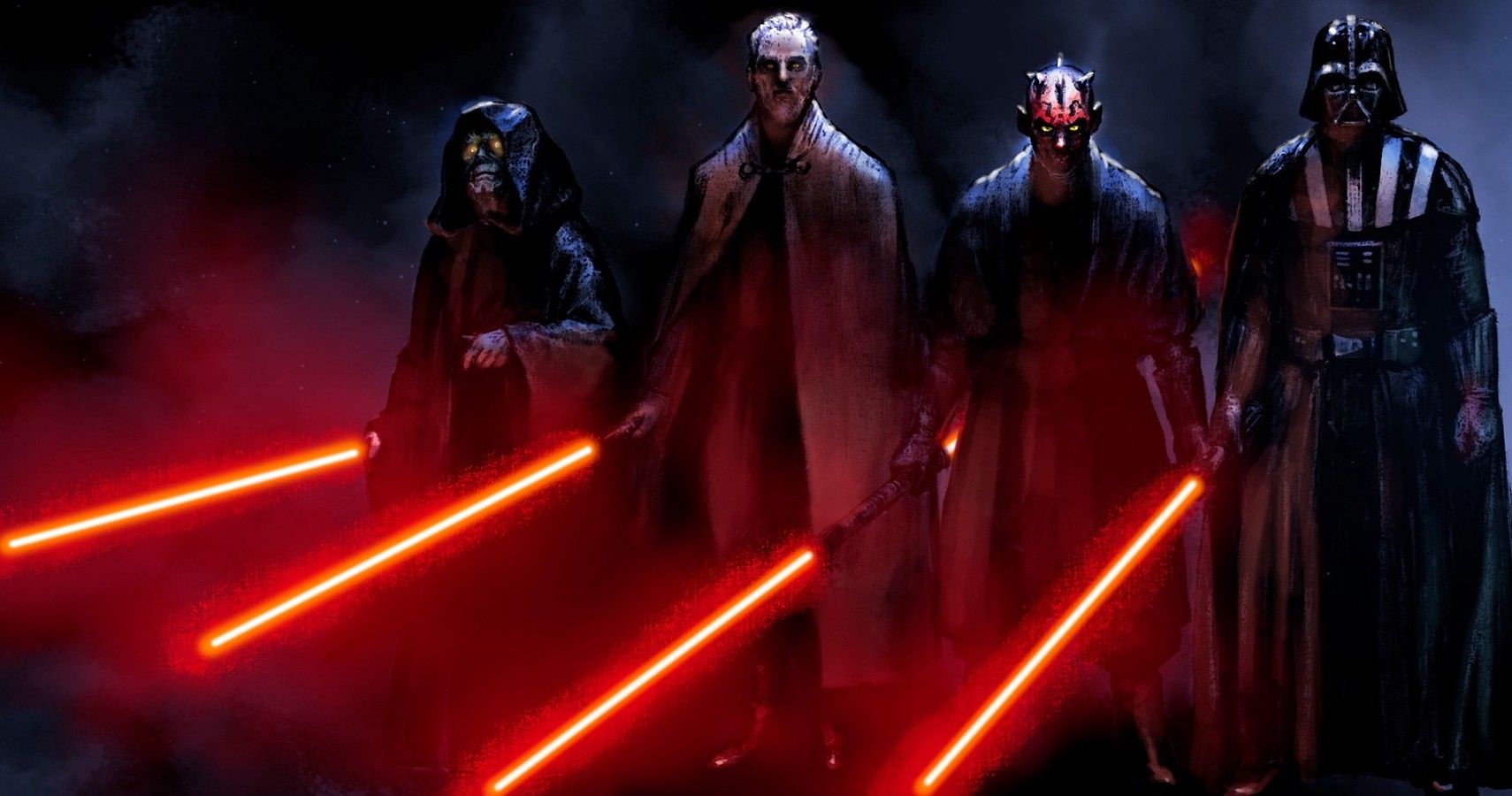 The Rule of Two is remarkable in that it stood for a thousand years, but each generation brought back the old lust for power that had nearly destroyed the Sith in Bane’s time.

Bane deserves credit for his visionary qualities. He could see that the old ways of the Sith would never succeed, on account of the inherent chaos of the ancient traditions. Despite no formal training as a child, he was able to search beyond the accepted Sith wisdom of the day, reading whatever book or holocron he could find. He saw the Sith’s infighting as a sign of weakness and he overthrew the old order with brutal force.

Remember that: Darth Bane is personally responsible for the destruction of both the Sith as it was, and the assembled Jedi forces. If we’re talking sheer badassery, that rates pretty high.

Bane also created the Rule of Two as a way to free the Sith from their own weakness, by limiting their numbers and ensuring their purity as only a single apprentice could succeed any given Dark Lord. This took some serious force of will to impose, and some serious foresight to create a plan to control the galaxy that would take a thousand years to succeed.

And finally, he may have been the first Sith to successfully transfer his power beyond death. A goal sought by every Sith after him, it remained an elusive goal for every generation.

Looking back, there are good reasons why Darth Bane is remembered.

Darth Sidious: the last champion of the Dark Side

Darth Bane was the Sith who set the plan of a thousand years in motion, but Darth Sidious was the one who saw it through to completion. Hiding in plain sight, blinding the Jedi Order and setting the Clone Wars in motion to bring untold destruction to the galaxy, Darth Sidious accomplished the Sith dream of old.

Sidious rarely even drew his lightsaber or travelled from the planet Coruscant, but his plans unfolded through unwitting minions for many years until the end of the Republic was inevitable. Part of his sinister genius was his swaying of public opinion, so that when he finally took supreme power he did so, as Senator Amidala lamented, “to thunderous applause” in the Senate.

True, Sidious was only completing the plans set in motion by Bane ten centuries earlier, but it’s not like Darth Bane left a series of detailed instructions for his successors to follow. He created a system, but it was later Sith lords who would carve their own paths. Previous Sith would no doubt have tried to create an empire, but it was Sidious who finally succeeded. In the end, that’s gotta count for a lot.

And let’s not forget that Sidious achieved what Bane couldn’t: the extinction of the Jedi Order. As a sign of badassery, that’s pretty epic.

Of course, Sidious was defeated years later by the last remaining Jedi, so his victory wasn’t quite as complete as Bane’s was over the Sith. And as much as he might search, Sidious never found a true path to immortality, forced to rely on unproven technology related to techniques developed in the Clone Wars.

His plans continued, however (since we’re forced to accept Rise of Skywalker as canon) and thirty years later he would unleash one final effort at galactic domination. He even reversed the Rule of Two, raising a horde of Sith warriors that would have challenged the Brotherhood of Darkness itself, but in the end his plans failed. Darth Sidious was destroyed, with no successor, and the Jedi lived on. 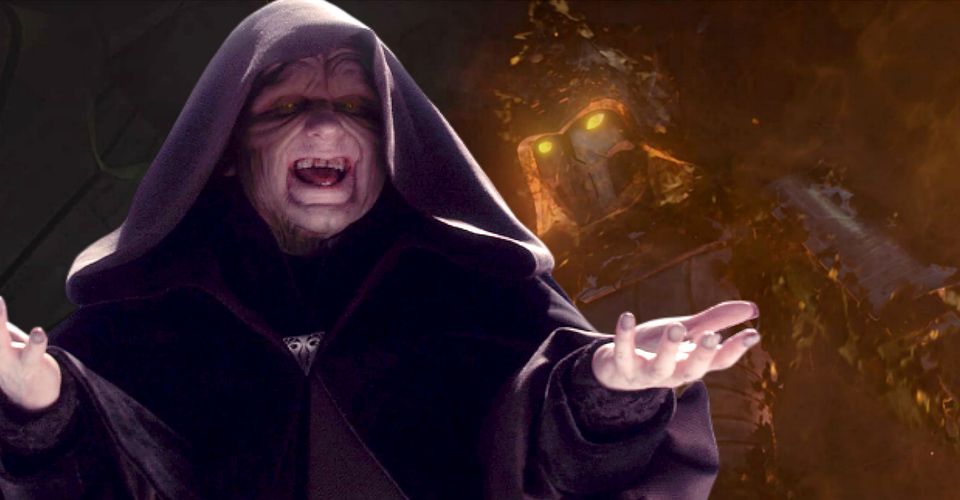 It’s hard to compare Bane and Sidious in a like-for-like way, because they lived in different times and had different challenges to face. And while the two shared many related goals – galactic domination, destroying the Jedi, becoming immortal – a quick search of their achievements reveals that one Sith Lord is the greatest.

Darth Sidious was powerful and ruthless, unleashing the Clone Wars, wiping out the Jedi and cheating death. But ultimately, his plans failed. The galaxy was unbroken after decades of war, the Jedi survived and Sidious met his final end.

Darth Bane succeeded in everything. His goal was never to destroy the Jedi – simply to weaken them. His goal was to destroy the Sith as it was and recreate in a way that would embody what he saw as its purest form. He did, and he did so in a way that would stand for a millennium. Bane also wanted to cheat death, and as best as we currently understand from the books in Star Wars Legends, he did so. His canon, on-screen encounter with Yoda tells us that he is now truly dead, but Bane perhaps went further than any other Sith in achieving immortality. Not only in his ghostly presence that lingers, but in the fact that his name, Darth Bane, is still known by both his successors and his enemies, a thousand years later.

It would be a treat if Darth Bane returned in force to Star Wars. And I’m not just talking a minute or two in a flashback or a dream – I’m talking a series. I’d be happy if it was animated – Star Wars: The Clone Wars and Star Wars: Rebels represent the finest character development and story-telling in the franchise – but these days all the focus is on live-action shows.

His story, if it ever comes to the screen, probably won’t be like the tales in Legends. But we have to accept this, and take in account the realities of prose versus film. Any author has to be ready for a film adaptation to mess with their creation, but as we’ve seen with Grand Admiral Thrawn in Star Wars: Rebels, a re-imagined character can be just as good. Sometimes, we like them better.

I take it as a positive sign that Star Wars fans are still talking about Darth Bane years after he was relegated to Legends, with just a nod in Clone Wars. After the silliness of Rise of Skywalker the fans crave a villain who can truly embody the evil we know lurks in the heart of a Sith.