When Disney bought Lucasfilm, the Mouse House purged the existing franchise and declared everything non-canon except the movies and Star Wars: The Clone Wars. In a stroke this eliminated twenty-five years of lore that had been developed in novels and comics, and what had been known as the Expanded Universe was renamed Legends. Fans of the Expanded Universe were understandably not thrilled by this decision, but since then it’s been fun to see Disney draw the odd element out of the rich lore of Legends and make it canon once again.

One character who deserves to return is the fascinating figure of Darth Krayt.

The Tusken Raiders (or Sand People) of Tatooine have been part of Star Wars since the very beginning, but little was known about them until The Mandalorian gave us a tantalizing glimpse into their culture. Legends told us much more (although it’s now non-canon) when a Tusken member of the Jedi Order was introduced.

A what? Right away I’m interested to see the man who would become Darth Krayt return to canon, just to see the glow of a lightsaber illuminating those strips of desert cloth. But Darth Krayt is even more fascinating, one of the most fully developed Sith Lord characters who interacts significantly not only with established Star Wars characters but with major canon events in their lives. 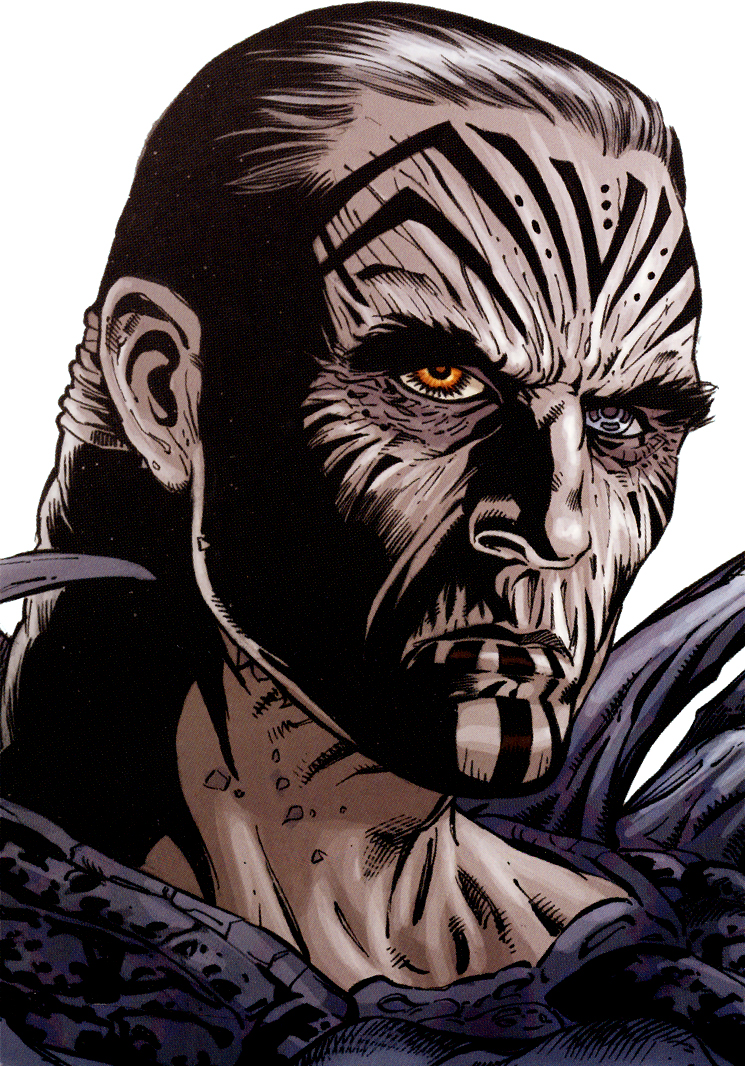 According to Legends, Darth Krayt’s father was a human Jedi named Sharad Hett who left the Order before the Clone Wars and settled on Tatooine with the Tusken Raiders, adopting their ways and eventually becoming a tribal leader. He married a human woman and they had a son, A’Sharad Hett.

Life on Tatooine might have been peaceful for the Hett family, until bounty hunter Aurra Sing, who specialized in killing Jedi, took a bounty on Sharad Hett and killed him. Before he died, Hett evoked a promise from Jedi Master Ki Adi Mundi to train his son, and the Force journey of A’Sharad Hett began.

So a cool start for the character, his fate steeped in tragedy, but what makes A’Sharad Hett / Darth Krayt so interesting for a potential return to the Disney version of Star Wars is how many times he interacted with major characters in ways that harken back to events we already know.

A’Sharad Hett was apprenticed to Ki Adi Mundi, which right away should tell us that A’Sharad was destined to fall to the Dark Side, just because Jedi Master Mundi is such a douche. One of the leaders of the Jedi Council during the Clone Wars, Mundi made numerous bad decisions and hastened the fall of the Republic with his own arrogance. If this was the sort of influence Hett was getting inside the Jedi Order, I can see why he became embittered.

The bounty hunter who killed his father, Aurra Sing is well-known to any fans of Star Wars: The Clone Wars as a nasty piece of work who trained Boba Fett, nearly assassinated Senator Amidala and generally caused havoc for the Jedi Order. The movie Solo establishes an approximate date for her death, so there’s nothing stopping her from appearing in The Bad Batch, possibly being pursued by a freelance A’Sharad Hett.

According to Legends, A’Sharad and Anakin Skywalker worked together during the Clone Wars, and while they were a solid team Anakin’s hatred of Tusken Raiders becomes clear. Young Skywalker eventually admits to Hett that he murdered an entire Tusken Raider tribe to avenge the death of his mother, a secret which A’Sharad decides not to report to the Jedi Council. This decision haunts him later when he realizes that Anakin is the one who executed Order 66 and imposed Imperial control over the galaxy as the Sith Lord Darth Vader.

A’Sharad Hett survives Order 66 and returns to his Tusken Raider roots on Tatooine, becoming a battle leader and even slaying a krayt dragon. Trying to stay out of the galactic conflict between Empire and Rebel Alliance, he instead focuses on the needs of his adopted people, pushing back against the off-world settlers and their moisture farms on Tatooine.

His campaign eventually brings him to the Lars Farm, where Obi-Wan Kenobi is also in hiding, sworn to protect young Luke Skywalker. Hett and Kenobi engage in a fierce battle, which Kenobi wins convincingly. Humiliated in front of his Tusken Raider army, A’Sharad is forced into exile, leaving Tatooine forever and seeking a new path in the galaxy.

The new TV series Star Wars: Kenobi would be an excellent place to bring A’Sharad Hett back into canon, both as a direct adversary to Obi Wan Kenobi during his exile, but also as flashbacks to his years with Anakin Skywalker. It’s already confirmed that Hayden Christensen is reprising his role as Anakin / Darth Vader, and his murder of the Tusken Raider village is a pivotal moment in his turn toward the Dark Side. This moment isn’t really given its due in Attack of the Clones – here’s a chance to explore it more deeply while building a connection between Jedi adventures during the war and Kenobi’s present day. The Rise of a new Sith empire

In Legends, the story of Darth Krayt is just beginning after his defeat by Obi-Wan. He goes off into the galaxy, exploring the powers of the Dark Side with the intention of overthrowing the Emperor and Darth Vader. He enters a stasis but when he awakens the Empire is gone and both Darth Vader and his master are dead. Wandering without purpose for a while, the former Jedi Hett continues to learn about the Dark Side, eventually settling on the Sith homeworld of Korriban and forming a new Sith Order while taking the name Darth Krayt.

Several books and comic series follow the rise and fall and rise again of Darth Krayt as he abandons the Sith Rule of Two, creates a new Sith Empire called One Sith and conquers the galaxy. He’s usurped by another Sith named Roan Fel and ultimately has to battle Cade Skywalker, descendant of Anakin. His death brings an end to the Sith Empire and the One Sith, as the various Sith Lords go to war with each other in the inevitable collapse that any Dark Side organization is susceptible to.

Pretty much all of the Darth Krayt story once he becomes a Sith Lord won’t fit into the Disney version of Star Wars, but that doesn’t mean his character couldn’t return. 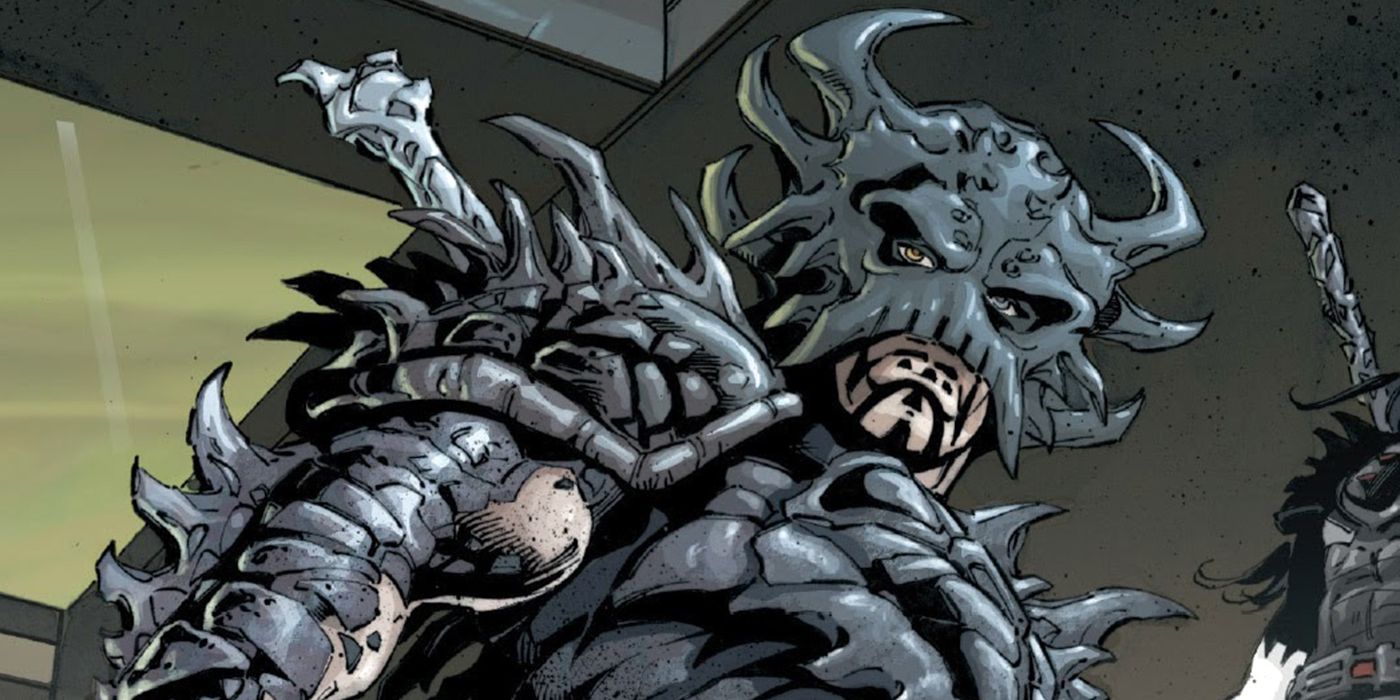 For starters, most of the Darth Krayt story takes place a hundred years after Return of the Jedi, far enough into the galactic future that the life and times of Rey Skywalker, the old Emperor and that whole galactic power struggle can fade into the past. If Disney was interested in leaping forward in time to set up a whole new conflict, Darth Krayt would be a masterful villain of the drama.

Alternatively, Darth Krayt is hardly a powerful force when he first starts down the dark path. In the days of The Mandalorian and Star Wars: Ahsoka, his life is still uncertain, his power secret. He has no more love for Imperial power than Ahsoka does, and who’s to say two former Jedi couldn’t find a common cause? The Sith homeworld of Korriban could easily be renamed Exegol or Malachor if Disney wants it to fit the established timeline, and wouldn’t it be something if Ahsoka was alongside Krayt as he unknowingly took his first steps toward becoming a Sith Lord…

Either point in the timeline still has plenty of room for Darth Krayt, Roan Fel and their Sith Order. The One Sith even sounds a lot like what Emperor Palpatine had mustered on Exegol in Rise of Skywalker – a host of Sith Lords united under a shared vision. If Darth Krayt rises to power in the years of The Mandalorian, perhaps he unwittingly lays the groundwork for the more powerful Darth Sidious to take over the One Sith and rename it the Sith Eternal.

Or, if Darth Krayt stays in the same timeline as Legends places him, he could still take power seventy years after Rise of Skywalker, with room for Cade Skywalker (possibly Rey’s descendant) to step up as a New Republic general in another last stand against the dark forces of the Sith.

A Tusken Jedi turned bounty hunter who trained under Jedi Master Mundi, captured Aurra Sing, kept the dark secret of Anakin Skywalker, went into battle against Obi-Wan Kenobi, fell to the Dark Side, named himself after a krayt dragon and overturned a thousand years of tradition to create the One Sith before becoming a new emperor… There’s a reason Darth Krayt is one of the most popular characters in Star Wars Legends. It wouldn’t take much to fit most of his life as we know it back into the galaxy.

If ever there’s the need for a new Sith Lord to war against a new Skywalker, Disney would do well to consider Darth Krayt.