Considering he’s the minor character with the most lines in the Star Wars movies, Ki Adi Mundi is probably the least impressive of the Jedi Council members we get to know.  He seems to be one of the most senior members of the Council, but that just makes me think the Jedi Order had the wrong set of priorities when choosing its leaders.

We first meet the Cerean Jedi way back in Phantom Menace, when Qui Gon Jinn presents young Anakin Skywalker to the Jedi High Council. This is an interesting moment in Star Wars as it’s our first look at Yoda in the prequel series, and of course everyone was excited about Samuel L. Jackson playing Mace Windu (“does Jabba look like a bitch?”). As expected, Yoda and Mace MF Windu do most of the talking.

But who’s this third guy, with the big head, who keeps chiming in? Why, that’s Jedi Master Ki Adi Mundi. We should probably respect him because he’s a Jedi master, but I know I was never really feeling it. Am I anti-alien? No way – Star Wars is built on its awesome aliens, and Aayla Secura is da bomb. So why did I (and many others) never warm to Ki Adi Mundi? Let’s examine what contributions he made, even just in the Star Wars movies.

Living in his own dream world

In Phantom Menace, after Obi Wan Kenobi reported his encounter with Darth Maul on Naboo, Ki Adi Mundi says there is no way the Sith could have returned. (Umm, would you care to rethink that, sir?)

In Attack of the Clones, after an assassination attempt has been made against Padme Amidala, Ki Adi Mundi declares that Count Dooku couldn’t possibly be behind it because, as a former Jedi, Dooku is incapable of such things. (Clearly, Master Mundi, you’re less than an excellent judge of character.)

In Revenge of the Sith, as the Jedi Council grapples with the clear and present danger of a Sith lord in their midst, Ki Adi Mundi insists that they support the wookies on Kashyyyk, thus sending Yoda away from Coruscant at the critical moment for the future of the Republic. (Didn’t quite stick the landing on that one, did you, ace?) 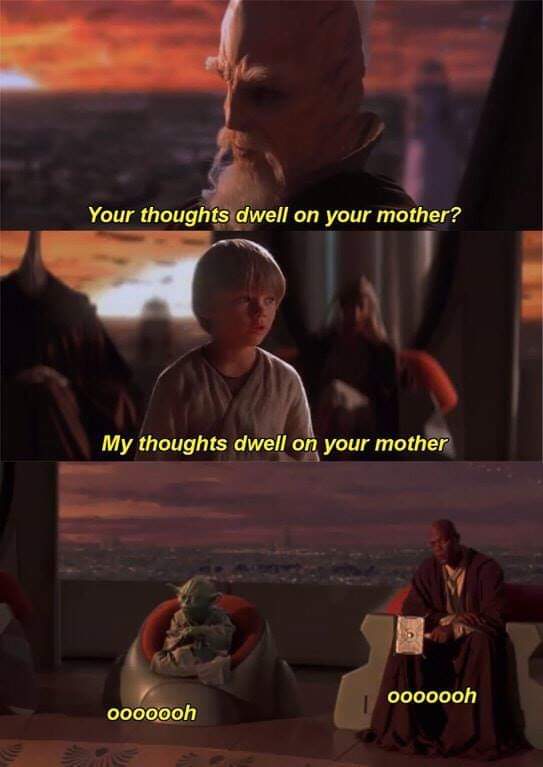 Yeah, not so much. Star Wars: The Clone Wars does a fantastic job of building up many of the secondary characters glimpsed in the movies, such as Plo Koon, Kit Fisto, Shaak Ti and Luminara Unduli. Of all the secondary Jedi, Ki Adi Mundi was the one we already knew the best (I mean, at least he’d said stuff on-screen) but we don’t get to know him much better through seven seasons of Clone Wars.

His biggest contribution to the Clone Wars story is during the Second Battle of Geonosis, where he leads his elite troops, the 21st Nova Corps, through a deadly battle. The initial landing goes very badly and, to be fair, Ki Adi Mundi does demonstrate both courage and resolve in getting his clone troopers moving toward the objective. Lightsaber in hand, he leads his troops through tunnels and keeps the tactical objective in sight. Despite being injured he manages to link up with Obi Wan Kenobi and Anakin Skywalker, and their combined forces carry the day.

At the end of the battle we see a rare flash of humor from Ki Adi Mundi, as he compares droid kill counts with Kenobi and Skywalker, but even so Mundi somehow comes off as a little patronizing to both Jedi. Having been injured in the battle, the Cerean evacuates Geonosis to recover.

Who really led the Jedi Council in those years?

As the war progressed, Ki Adi Mundi would still get to the front lines on several occasions, but he spent more and more time in the Jedi Temple dealing with the strategic Separatist threat and Chancellor Palpatine. The Chancellor was clearly putting a lot of pressure on the Council, and I’m sure it took a lot of patience in every member to resist the politics and stay focused on the Force.

Even so, Ki Adi Mundi seemed to lose his free will and ability to make good decisions. When word came that Duchess Satine of the neutral system Mandalore was asking for help against an attack by Death Watch, it was Ki Adi Mundi who declared that the Republic could not get involved, for fear of political consequences. His reason was not incorrect, but it was pretty lame.

When Obi Wan Kenobi was thought by everyone to be dead (even though it was a trick to let Kenobi infiltrate a prison), Anakin Skywalker was understandably devastated. Wise council member Ki Adi Mundi offered this advice: Kenobi’s gone – time to get over it.

And then, a bomb goes off in the Jedi Temple, killing civilians, clones and even Jedi. Through a series of mishaps the evidence begins to build against Ahsoka Tano, and guess who threw her to the wolves when political pressure from the Republic mounted? Jedi Master Ki Adi Mundi.

Ahsoka Tano was eventually found innocent of all charges, and several members of the Council took the unusually humble position of admitting their error to Ahsoka, even apologizing for the mistake and welcoming her back into the Jedi Order. But was one of those humble Jedi Council members Ki Adi Mundi? Good heavens, no.

Star Wars has always emphasized how the Jedi Order requires discipline and sacrifice from its members, and The Clone Wars gave us many colorful examples over the years of how Jedi kept their humanity while still adhering to the Jedi code.

Except Ki Adi Mundi. He never displayed any humanity and, as Mace Windu might say, Mundi adhered to the Jedi code like a MF. In his rigidity, arrogance and close-mindedness, Master Mundi personified all that was worst in the Jedi Order of the later Republic years. Perhaps it was no surprise that he rose to lead the Order, so free of any emotional attachments that he lost all sense of compassion. If Qui-Gon Jinn had sat in that Council seat during Phantom Menace instead of Mundi, maybe years of trouble would have been avoided.

Ki Adi Mundi was a Cerean, so maybe we should examine what it was like to spend years growing up in Cerean culture. Star Wars has a lot of alien races, and this one is interesting.

First of all, let’s look at why his head is so big. Turns out he has a binary brain, which probably helped him as a Jedi because one brain could focus on immediate concerns like swinging his lightsaber, giving an order or landing a big jump, while the other brain remained free to ruminate on big topics like the wider attack, or deploying his forces, or what holoshow to watch later… Years of practice would no doubt have led him to thinking that he was pretty darn smart.

How many wives did Ki Adi Mundi have?

And if Ki Adi Mundi comes across as arrogant, it’s probably because Cerean society has a serious deficiency of males. Females outnumber them twenty to one, and Cerean men are allowed to have multiple wives to help keep the species procreating. That’s got to have an effect on a man’s sense of self-worth and self-importance. Ki Adi Mundi is actually an exception to the usual Jedi rule of no romantic attachments, having at least four wives.

Of course, there’s a difference between being married and being romantic, and I bet Ki Adi Mundi treated his wives with the same cold indifference that he did everyone else.

A Rather Poetic End

Ki Adi Mundi became a Jedi and years later, before the Naboo blockade, was elevated to Jedi Master. As the Clone Wars raged he often took charge of his favorite unit of galactic marines, the 21st Nova Corps, where he led landing after landing on hostile worlds.

And then Order 66 came, the culmination of the diabolical Sith plan to destroy the Jedi. Revenge of the Sith really should have been called Attack of the Clones, because Order 66 saw the clone troopers turn on their Jedi generals and slaughter them.

Jedi Master Mundi was landing with his clone force, the loyal 21st, on Mygeeto when the order came in. He was gunned down in cold blood by his own troopers. Yep… Cold blood. Gunned down, cold.

Pretty damn appropriate way for Ki Adi Mundi to go, if you ask me.

(I just hope one of the clones muttered, “That’s for kicking Ahsoka out of the Jedi Order, MF.”)