By Bennett ColesPublished On: May 25, 2022Categories: Star Wars Jedi0 Comments

Obi-Wan Kenobi described in A New Hope how the Jedi had, for a thousand generations, brought peace and justice to the galaxy. But as Star Wars has expanded, the image of the Jedi has become decidedly more complex.

How did the Jedi Order go wrong?

I appreciate the recent arrival of the High Republic novels, which give us a view into the Jedi Order at its height, when the Jedi Code was sincerely followed but still carried flexibility. It’s easy to contrast this with the Jedi Order we know best – from the last days of the Republic and the horror of the Clone Wars – where the Code often seems more like dogma.

The Clone Wars brought the end of an era

In particular, the complete rejection of the Dark Side of the Force by the last generation of Jedi left them vulnerable to a new rise of the Sith. Gone was the original Jedi Code that sought balance in the Force, replaced with a singular focus on the Light Side. And while Yoda, Mace Windu and their fellow Jedi masters might have seen this focus as wisdom, all it did was leave them vulnerable. 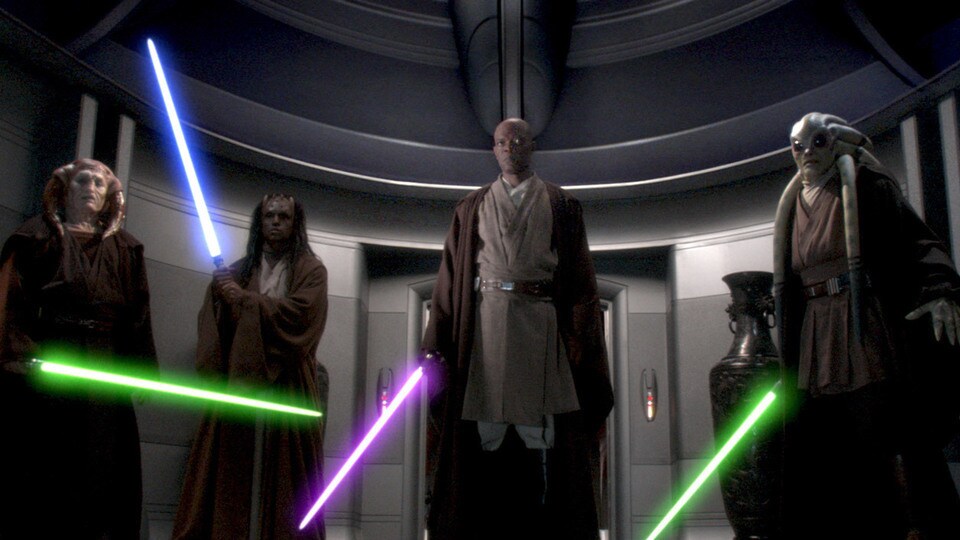 Darth Sidious used the Dark Side to cloud the Jedi’s ability to see clearly, but the Order had already weakened itself by turning away from the original Jedi Code. Sidious remained a phantom menace until he unleashed Order 66 and the Great Jedi Purge.

Who was true to the Jedi Code?

Not every Jedi Knight was a slave to the dogma, but that doesn’t mean they remained true to the original Code, either. Anakin Skywalker was a maverick who broke with the Code primarily in his desire to form attachments. This resistance to attachments is perhaps the biggest example of where the later Order broke from the former Jedi tradition of balance – we see in the High Republic novels how Jedi Padawan, at least, were allowed to form attachments, and the Jedi as a whole seemed kinder and more connected to those they served – but Anakin took things too far and succumbed to the Dark Side. While we always love a roguish hero, Anakin is not the example to whom we should look.

Is there such a thing as a Gray Jedi Knight?

But there are Jedi who veered away from the strictest dogma of formal Jedi training without losing their way. These characters represent the best of what a Jedi master could be, no matter what their actual title. A term that’s currently no longer canon in Star Wars is the “Gray Jedi” – Force users who don’t adhere to the Jedi Code but who clearly follow the Light Side of the Force more than the Dark Side.

Here are three potential Gray Jedi who, despite their tempestuous relationships with the Order, were perhaps the greatest Jedi of their time.

Qui-Gon Jinn is the only one of our Gray Jedi who actually held the title of Jedi Master, but he was well-known as a Jedi willing to bend the rules. He spent years meditating upon the Cosmic Force and the Living Force, learning to see the galaxy in a different way. It didn’t always make him friends on the Jedi Council, but it did give him unique insights that had a profound impact on the future: the secret of immortality in the Force. 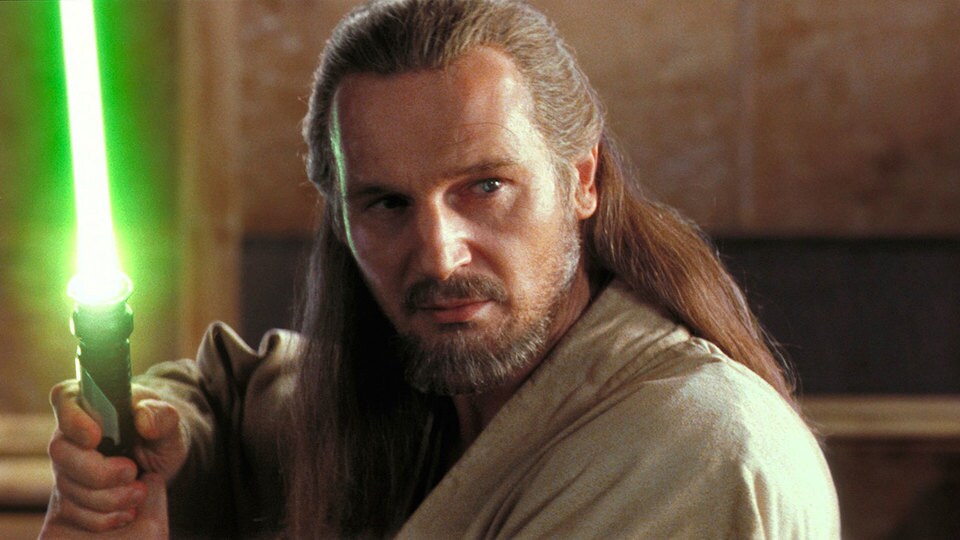 Master Jinn was struck down by Darth Maul in the Sith’s opening move against the galactic order, but not even death was the end for Qui-Gon. He lived on as a Force spirit, able to observe and communicate. We have no insight into whether he could act in the mortal world, but his wayfinding created a path for other Jedi to follow – and as we saw in the Sequel Trilogy both Yoda and Luke Skywalker were able to directly impact their environments as Force ghosts.

Perhaps the greatest character to come out of the Star Wars Prequel era, Ahsoka Tano was a Padawan to Anakin Skywalker. She was intelligent, brave and diligent in her Jedi duties, in many ways a model Padawan. But then she was framed for a crime and thrown out of the Order by an indifferent Council to stand trial before a Republic court. She was ultimately exonerated and the Council invited her back into the Order, but Ahsoka had seen and experienced too much by this point to willingly constrain herself once again with the dogmatic Jedi Code. 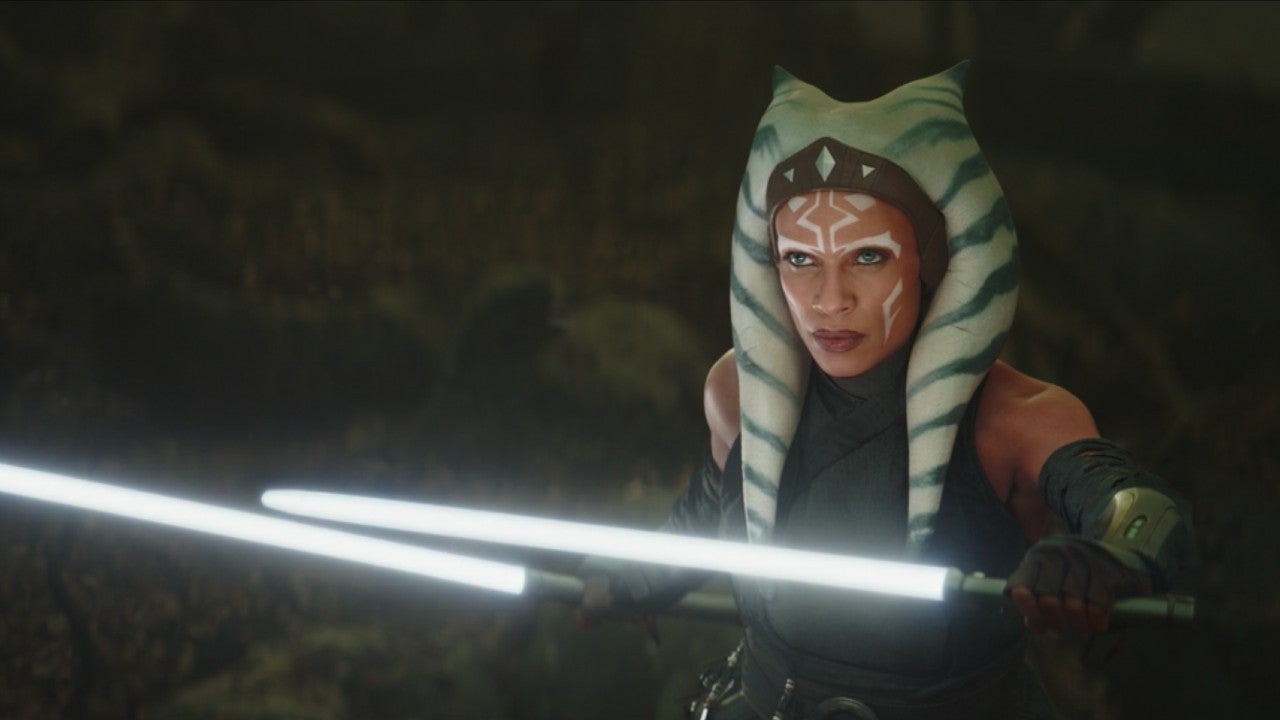 Instead, she headed out on her own as an independent Force user. She became something different from Jedi or Sith, retaining the moral code she’d learned at the Temple but seeking greater balance. There’s nothing in canon to suggest that Ahsoka developed any romantic attachments like her master, but the love and care she displays for her friends and allies is obvious. And while Anakin’s attachments pushed him to the Dark Side, Ahsoka was able to stand before the Sith lord Darth Vader, resist fear and still express love toward her old friend.

And then, when he proved himself beyond saving, she stated simply, “I am no Jedi.”

Known better as Kanan Jarrus, Caleb Dume was a Padawan who survived Order 66 and escaped into the reaches of the galaxy. There he continued his Jedi training on his own, staying true to the moral compass of the Order even as he shed many of the rules. After Anakin he is the most attached person we’ve yet seen among Force users, so in love with Hera Syndulla that even their enemies knew of his attachment.

Kanan served the people of the galaxy as best he could, even when hunted by Dark Side users called inquisitors. He even took on an apprentice – unlike Ahsoka – and passed on what he had learned. He was knighted by the Force spirit of the Grand Inquisitor (himself a former Jedi Temple guard) but Kanan’s destiny was very much what we’d consider that of a Gray Jedi: pure of heart and noble in spirit, but free to walk his own path.

As Luke said, “It’s time for the Jedi to end”

The Jedi have come a long way since the original vision George Lucas gave us in 1977, and as Star Wars continues to evolve the idea of Gray Jedi will likely re-appear. Ahsoka guided Luke as he set up his new Jedi Temple, and he guided Rey in his last days. Rey was able to call upon all the Jedi to defeat the Sith at Exegol, but it was their spirit she drew from, not their dogma. The path she chooses now is wide open, and the opportunity for a new Jedi Code, built upon the wisdom of Qui-Gon, Ahsoka and Kanan, could usher in a new age.