Here’s a collection of Star Wars trivia questions ranging from the painfully easy to the impossibly hard for you to quiz and test your friends and enemies as you see fit. 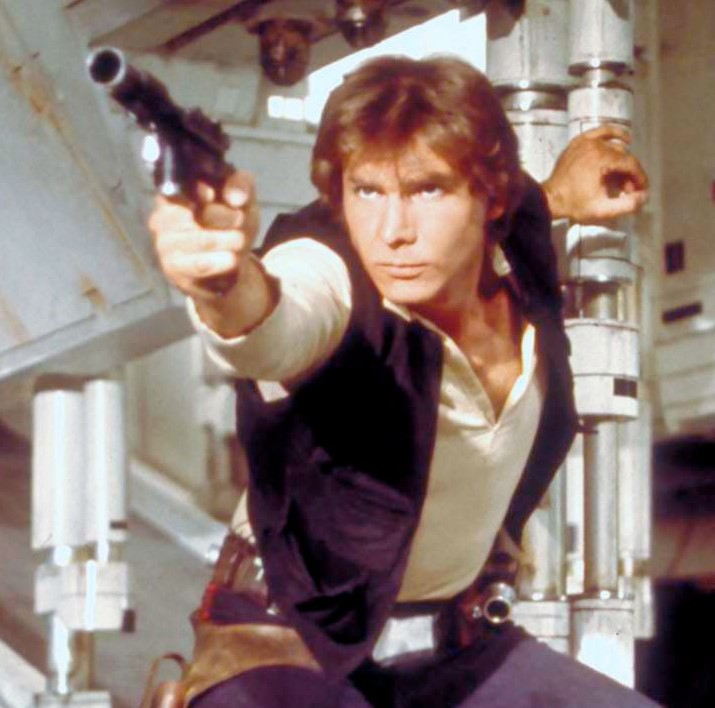 It’s always best to start things off easy – let the experts get warmed up and the nubes lulled into a false sense of security.

Who flies as co-pilot to Han Solo? (Chewbacca)

In Star Wars, what do they call the invisible power that binds the galaxy together?  (The Force)

Who is Luke and Leia’s father? (Darth Vader)

What species is Jabba? (Hutt)

What episode number is A New Hope? (IV)

Which character said, “Help me, Obi-Wan Kenobi. You’re my only hope”? (Princess Leia)

What is the name of Han Solo’s ship? (the Millennium Falcon)

How many suns does Luke’s home planet of Tatooine have? (Two)

Finish this quote from The Mandalorian: “This is the ___” (Way)

Which film was the final installment of the Skywalker Saga? (The Rise of Skywalker)

Who composed the soundtrack for Star Wars? (John Williams)

What is the name of Star Wars Episode I? (The Phantom Menace) 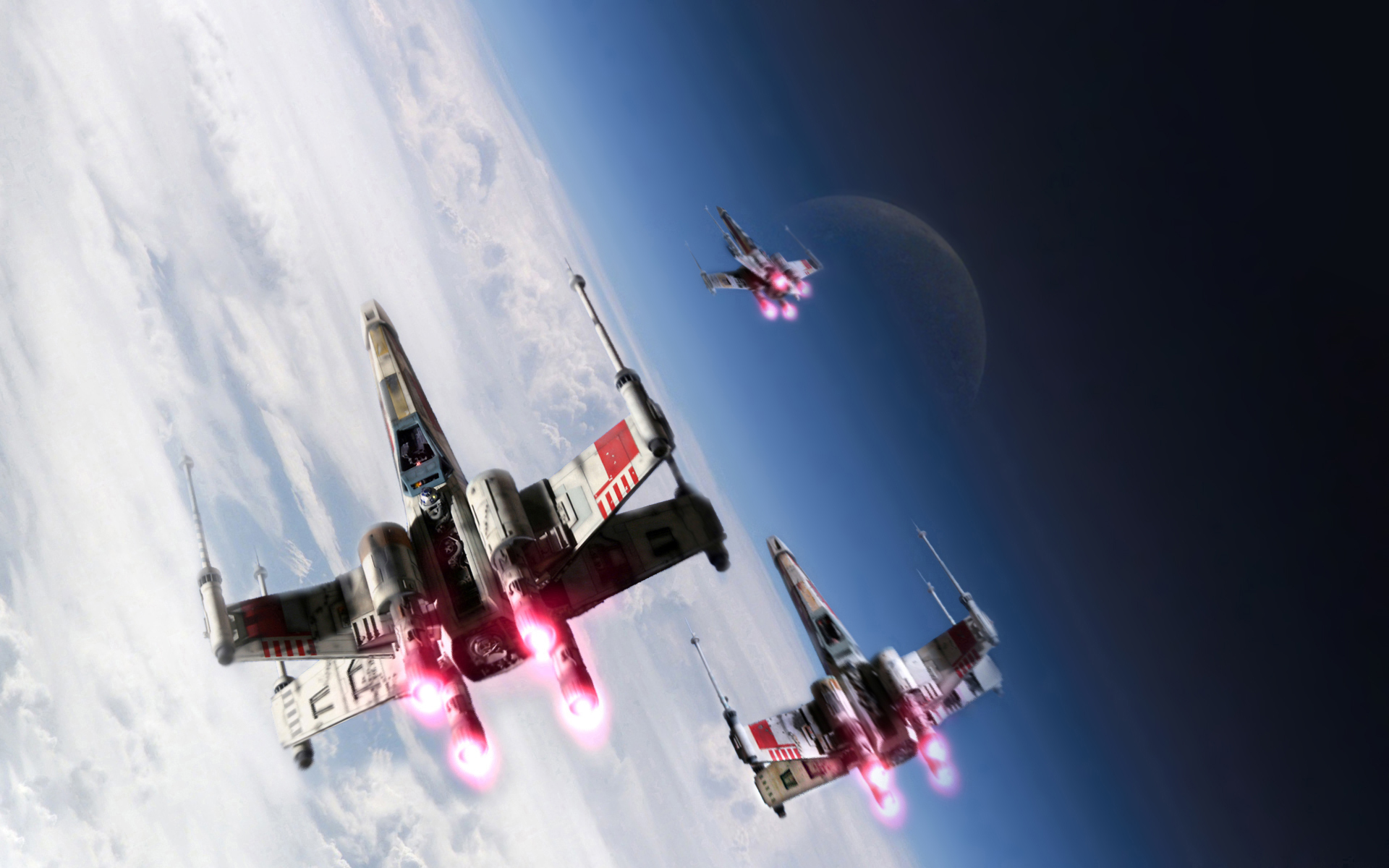 Anyone who’s familiar with the entire Star Wars saga should still do pretty well here.

In what year was the first Star Wars movie originally released? (1977)

In what year was Return of the Jedi originally released? (1983)

Who is the young Jedi Knight who becomes Darth Vader? (Anakin Skywalker)

Who is Luke and Leia’s mother? (Padme Amidala)

Who is the bounty hunter who catches Han Solo? (Boba Fett)

What animal did Han and Luke ride while on Hoth? (Tauntaun)

Who is Palpatine’s granddaughter? (Rey)

What’s the name of the casino city that Rose and Finn visited in The Last Jedi? (Canto Bight)

What planet did Luke Skywalker grow up on? (Tatooine)

Who is fighting against the First Order in The Force Awakens? (the Resistance)

What planet does Yoda live on during The Empire Strikes Back? (Dagobah) 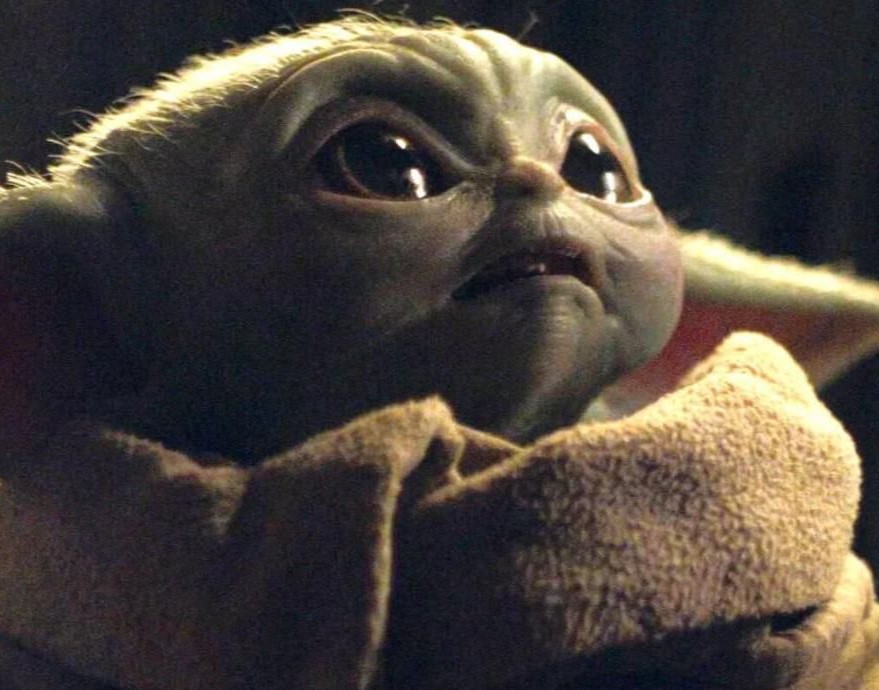 The questions below will start to separate the nerfs from the herders.

C-3PO is fluent in how many languages and forms of communication? (over six million)

Han Solo was frozen in what? (Carbonite)

What title does Kylo Ren take after Snoke is killed? (supreme leader)

In what battle do we first see the clone army? (the first Battle of Geonosis)

What moon is the second Death Star orbiting in Return of the Jedi? (Endor)

Padmé was Queen of what? (Naboo)

Who adopted Leia as his daughter? (Bail Organa)

What was Galen Erso’s nickname for his daughter? (Stardust)

What was Finn’s stormtrooper number in The Force Awakens? (FN-2187)

In The Mandalorian, what is Mando’s real name? (Din Djarin)

Where did Luke Skywalker want to pick up some power converters? (Tosche Station)

Who is the first of Han Solo’s friends to infiltrate Jabba’s palace? (Lando Calrissian)

Bo-Katan wanted what from Moff Gideon in The Mandalorian? (the Darksaber)

What was Poe Dameron’s old job before becoming a pilot? (a spice runner)

What was the name of the planet that the clones were made on? (Kamino)

Who was the last one to jump down the Death Star’s garbage chute? (Han Solo)

What is the name of the organization that builds a blockade around Naboo? (the Trade Federation)

Who is the Sith leader of the Separatist movement? (Count Dooku)

What are Luke Skywalker’s aunt and uncle called? (Owen and Beru Lars)

How big is the exhaust port that the Rebel Alliance targets in A New Hope? (Two meters)

What side of the Clone Wars did the Sith command? (both)

What monster lurked in the basement of Jabba’s palace? (the rancor) 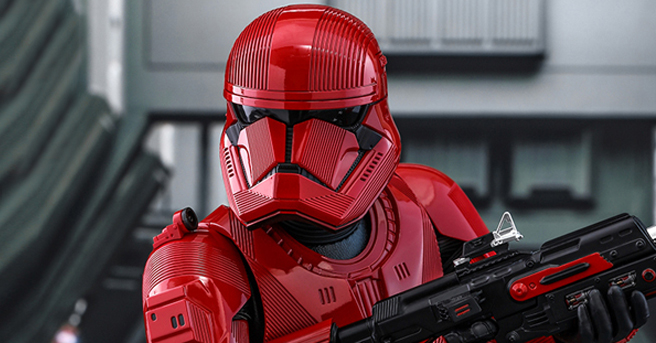 Who commanded the first Death Star when it was destroyed? (Grand Moff Tarkin)

What is the name of the Imperial admiral at the beginning of The Empire Strikes Back? (Ozzel)

What does AT-AT stand for? (All Terrain Armored Transport)

How many people do we see Darth Vader personally kill in The Empire Strikes Back? (Two)

What kind of trooper is introduced at the beginning of Rogue One? (death trooper)

What famous musical theme was introduced in Episode V? (the Imperial March) 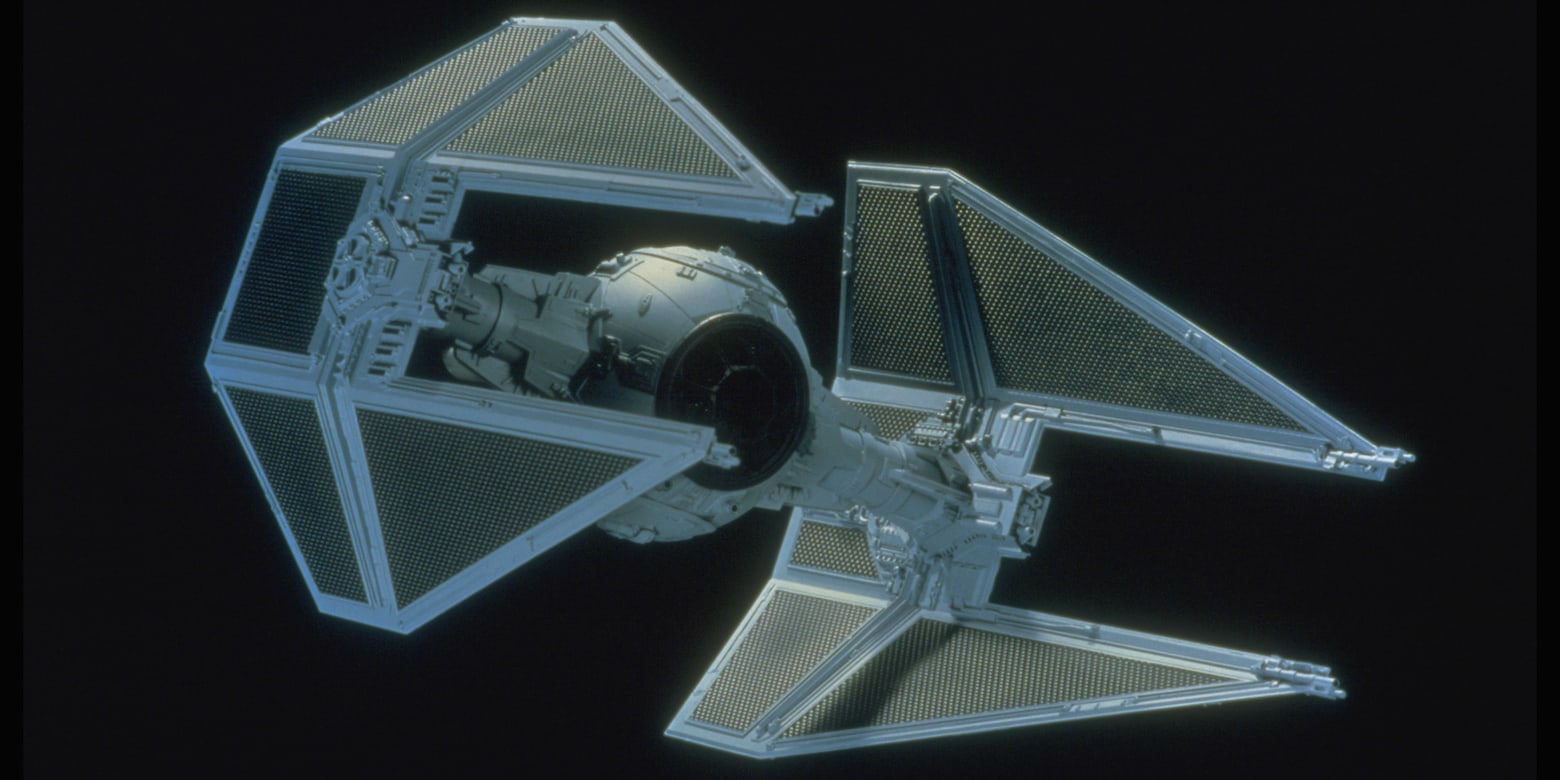 On Tatooine, what name did Obi-Wan Kenobi go by? (Ben)

Who does Obi-Wan say was the “Chosen One”? (Anakin)

What is the name of the planet where Obi-Wan Kenobi defeats Anakin Skywalker and leaves him mangled and burned? (Mustafar)

How many members does the Jedi Council have? (12)

What did Obi-Wan give Luke in his desert home? (his father’s lightsaber)

Who was the Jedi master that ordered the creation of the clones? (Sifo Dyas)

What is the name of Boba Fett’s ship? (Slave 1)

How many engines does the X-Wing fighter have? (Four)

What does “TIE” stand for in TIE Fighter? (Twin Ion Engines)

What callsign did Luke Skywalker have as an X-Wing pilot? (Red Five)

What callsign did Luke Skywalker have as a snow speeder pilot? (Rogue Leader)

What is the Toydarian’s name who owned Anakin Skywalker? (Watto)

What species is Chewbacca? (Wookiee)

What is the name of the Wookiee home world? (Kashyyyk)

What are the short junk-collecting aliens on Tatooine called? (Jawas)

What is the name of Jabba’s Twi’lek major-domo? (Bib Fortuna)

What species is Yoda? (unknown) 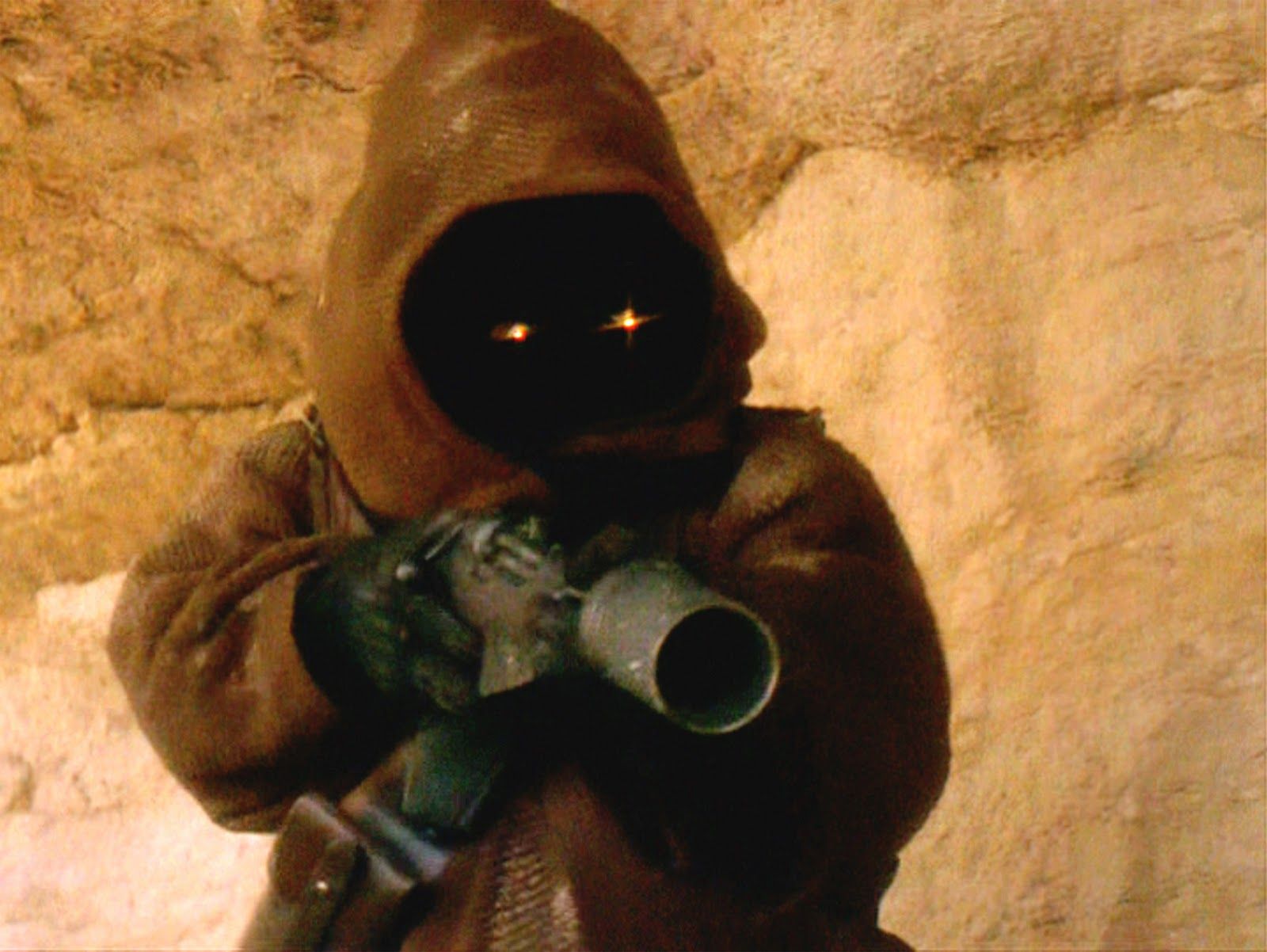 Star Wars trivia questions for folks who know the names of all of Yavin’s moons, in order

Okay, I don’t think the moons of Yavin have ever been named, but you know the people I’m talking about…

Have Count Dooku and C-3PO ever met on screen? (no)

What is the name of Anakin’s step brother? (Owen Lars)

What odds does C-3P0 give Han for successfully navigating the asteroid field? (3,720 to 1)

Jyn Erso said rebellions are built on what? (Hope)

What is the name of General Grievous’ flagship, which was not mentioned in the movie? (The Invisible Hand)

What was Mando’s weapon against Moff Gideon’s Darksaber? (a beskar spear)

What did George Lucas originally name the hero of his space fantasy movie? (Deak Starkiller)

Which two sectors does The Empire Strikes Back take place in? (the Sluis Sector and the Anoat Sector)

In the first Death Star, which detention block was Princess Leia held in? (AA-23)

What is the creature that lives in the garbage compactor of the original Death Star called? (Dianoga)

According to Zorii, what can give free passage through any blockade and landing privileges to any vessel? (a First Order Captain’s medallion)

Who is known for saying the line: “I have spoken”? (Kuiil)

How many Dewbacks were in the original 1977 theatrical cut of the first Star Wars movies? (Two)

What is the meaning of the Ancient Hebrew lettering written on Darth Vader’s chest piece? (His deeds will not be forgiven until he merits) 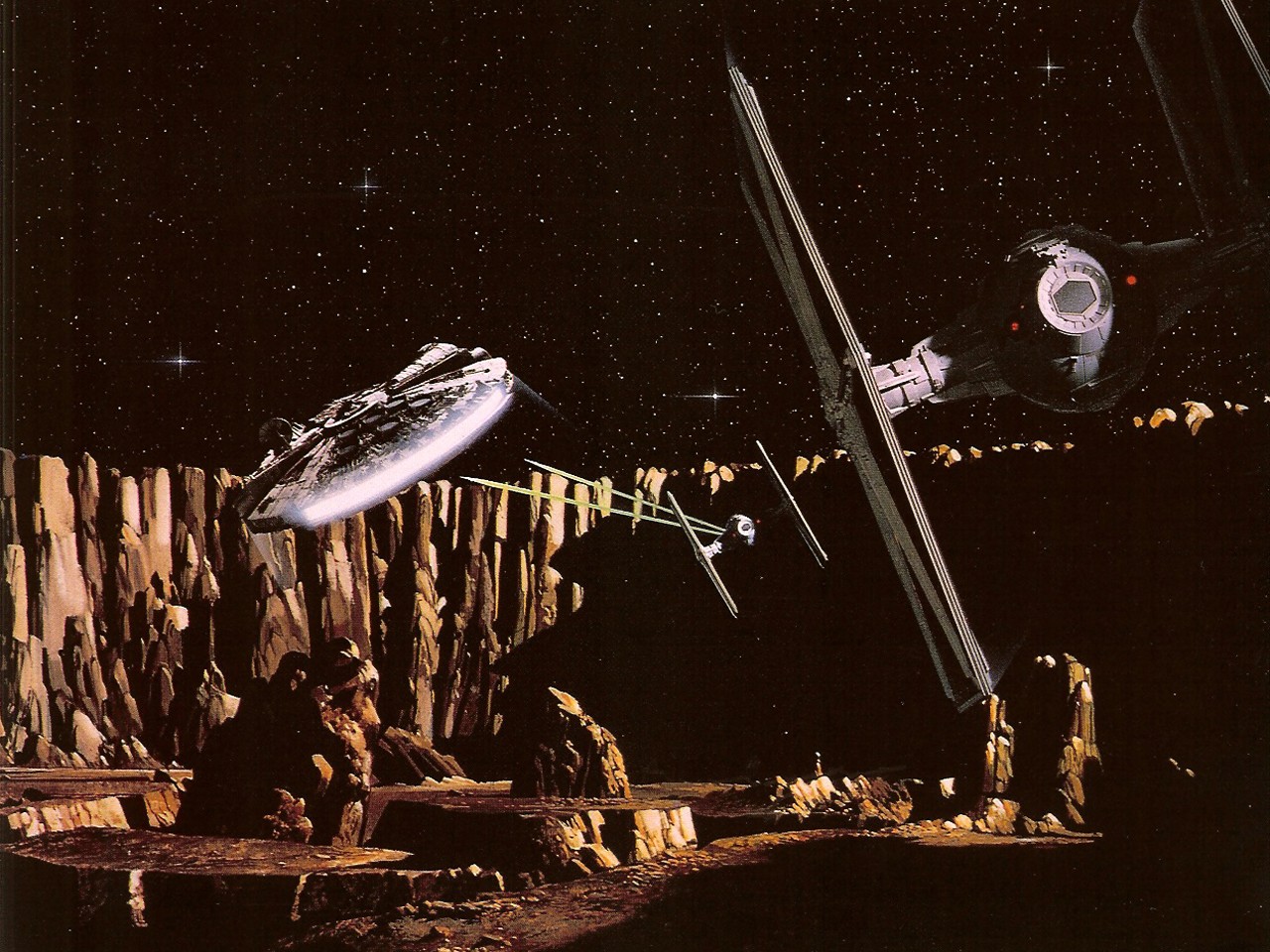 Here are a few softballs to ensure you’re not sleeping on the couch tonight.

Who stars as Han Solo in the original Star Wars films? (Harrison Ford)

Who is the creator of Star Wars? (George Lucas)

What is the opposite of the Light Side of the Force? (the Dark Side)

What do we call the shiny laser sword? (a lightsaber) 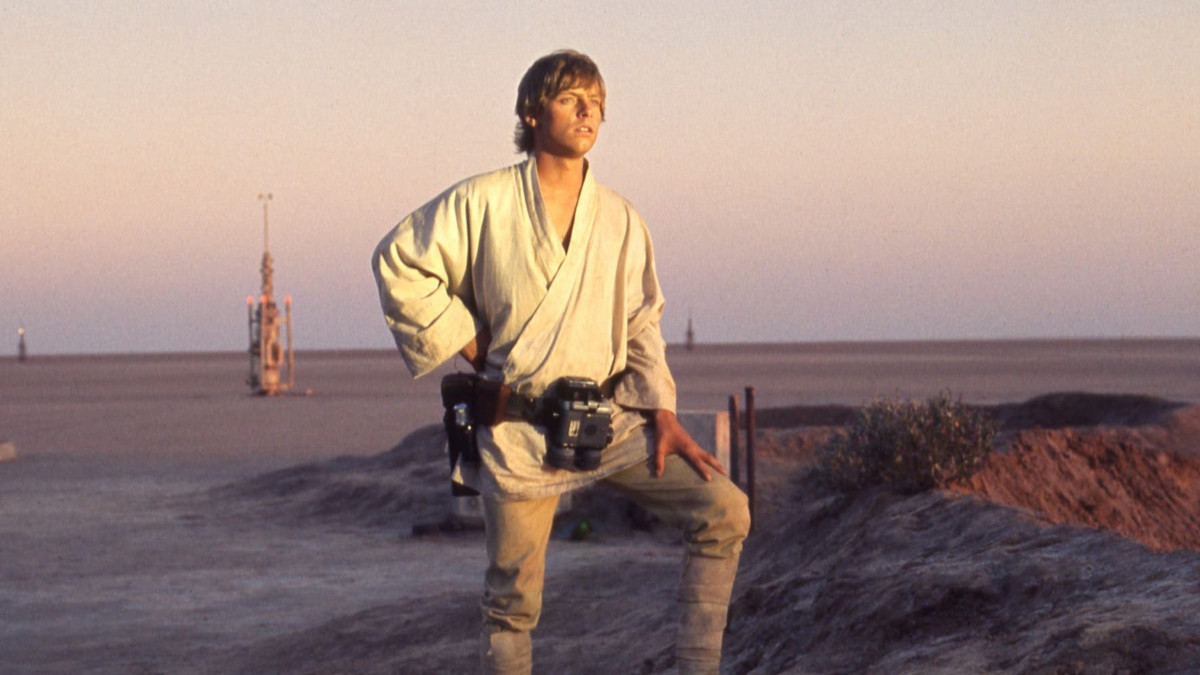