Into the Dark Heart of a Star Wars Inquisitor

In the past fifteen years, a lot of Star Wars history has emerged between the events of Revenge of the Sith and A New Hope. One of the most interesting aspects of that history is the rise of an elite, Force-wielding group sworn to serve the Emperor: the inquisitors. First introduced to canon in the TV series Star Wars: Rebels, these badasses have started cropping up across different Star Wars media – from Rebels to novels to comics to even Jedi: Fallen Order – to terrorize our heroes and good folk everywhere.

But who are the inquisitors? Let’s take a look at what we know.

At the end of the Clone Wars, Darth Sidious achieved the thousand-year goal of the Sith and seized power over the galaxy. At his side was his new apprentice, Darth Vader, and together they set in motion a plan to crush all opposition. The first target was the Jedi Order, in a ruthless purge known as Order 66. Darth Vader himself led the attack on the Jedi Temple, killing countless padawan and younglings as the clone troopers succumbed to their programming and executed their Jedi generals.

But despite these efforts, a few surviving Jedi managed to escape into the vastness of the galaxy, leaving the grim task unfinished. And the Sith are always only two – no more, no less. Obsessed with wiping out the remaining Jedi knights, Darth Sidious created a small group of fanatical, Force-sensitive servants. Known collectively as the Inquisitorius, these servants of the Dark Side set out on their mission.

The exact number of inquisitors has yet to be established in canon, but based on their names there are at least eleven. Their names suggest that they’re related to each other by blood, but the use of “brother” and “sister” is merely a corruption of the monastic qualities of the Jedi Order.

The first inquisitor we meet is the most badass of all – the Grand Inquisitor himself. Serving as the primary villain in Season 1 of Rebels, the Grand Inquisitor is a powerful Force user who commands every situation he finds himself in. Imperial officers obey his commands and even Agent Kallus treads softly around him. The Grand Inquisitor learns of former padawan Kanan Jarrus and relentlessly hunts both Kanan and Ezra Bridger. 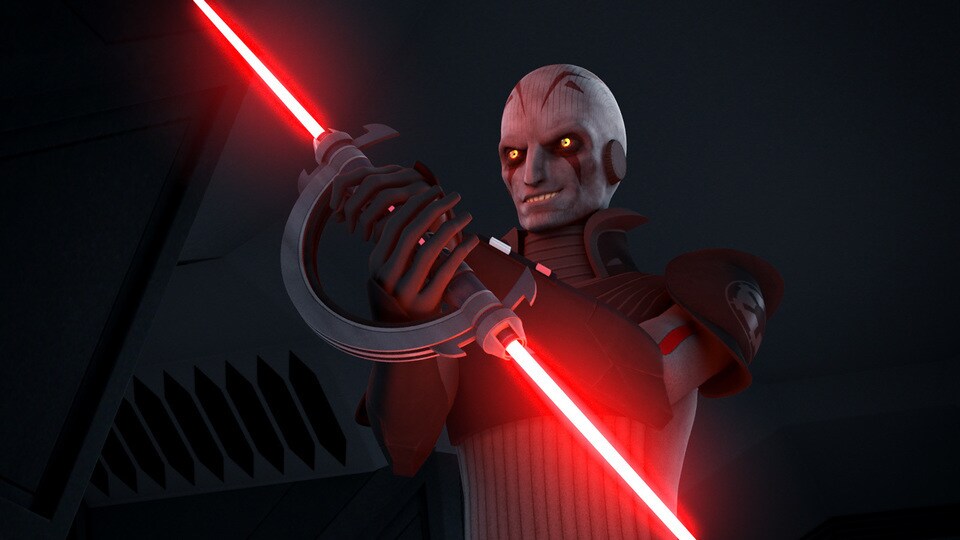 In Season 2 of Rebels we see the Grand Inquisitor again, but this time as a Force vision Kanan has inside a secret Jedi temple. In that vision we learn that the Grand Inquisitor is actually a former Jedi, having served as a Temple Guard prior to Order 66. Star Wars lore has since retconned this fact to say that he was one of the guards who arrested Barriss Offee, so his actual first appearance in canon (uncredited) would be Clone Wars Season 5.

The death of the Grand Inquisitor may have been a victory for Kanan Jarrus and Ezra Bridger, but their troubles were far from over. Other Imperial inquisitors stepped into the void, most notably Fifth Brother and Seventh Sister.

Broad, powerful and brutish, Fifth Brother prefers fighting over finesse. He embodies the Dark Side of the Force with his anger and aggression. His methods are crude, often cruel, and while he’s a dangerous opponent he’s also predictable. Often paired with the more cunning Seventh Sister, Fifth Brother brings the brawn to counter her brains. He meets his end at the hands of former Sith Maul on the steps of a Sith Temple on Malachor. 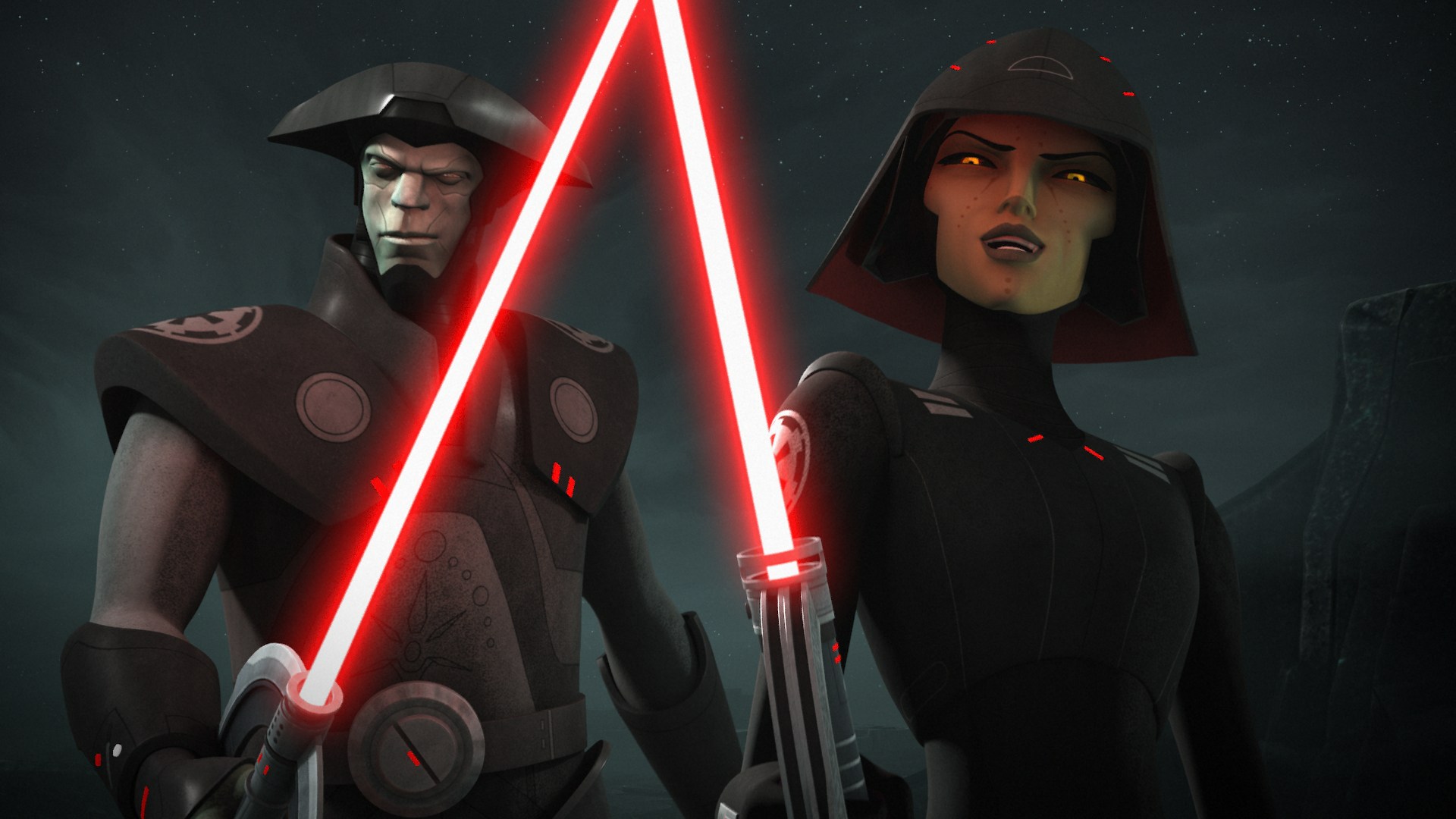 Evil in a very different way, Seventh Sister brings cruel calculation to her work. While not shy to ignite her lightsaber, she prefers psychological manipulation and mental pain, even flirting with a captive Ezra. She makes effective use of spy droids to gather information and keep tabs on her enemies, often staying one step ahead of her foes.

Some fans have hypothesized that Seventh Sister may in fact be former padawan Barriss Offee, as both women are Mirialan Force-users and Barriss Offee’s fate is unknown. While a fall to the Dark Side would certainly be a believable outcome of Offee’s treason, the similarities between the two characters are actually rather slim. Plus, Seventh Sister dies at the hands of Maul at Malachor, and for dramatic satisfaction Star Wars really needs to have the fate of Barriss decided by her betrayed friend Ahsoka Tano.

A third inquisitor joining the battle at Malachor, Eighth Brother had tremendous acrobatic skills but proves unable to best his Jedi foes. Taken prisoner briefly before joining fellow inquisitors Fifth Brother and Seventh Sister, he fights viciously but then tries to flee when his “siblings” are killed. His hoverdisk fails due to damage done by Kanan, though, and he falls to his death.

While it was Star Wars: Rebels that introduced fans to inquisitors, it isn’t the only franchise property to showcase them.

In the novel Ahsoka, our favorite togruta padawan is trying to hide in the Outer Rim from agents of the Dark Lord Sidious and she learns that a fearsome Jedi hunter is threatening her friends. Sixth Brother is a brute much like Fifth Brother, relying on intimidation more than skill.

With no weapons and unable to use her powers openly for fear of alerting more Force-sensitive Dark Side users, Ahsoka manages to draw this inquisitor into hunting her. Using the Force for a single, lightning strike, she grabs Sixth Brother’s double-bladed, inquisitor lightsaber and overloads the kyber crystals within, exploding the weapon and killing him. She then takes the crystals and builds the two new, white lightsabers we see in Rebels.

Ninth Sister appears briefly in the video game Jedi: Fallen Order, but her story is revealed in the comic series Darth Vader: Dark Lord of the Sith. Once a Jedi with remarkable empathic abilities, she was captured and tortured until she turned to the Dark Side. Her empathy was twisted into a horrific callousness that allows her to brush off the pain of losing an eye (from Darth Vader’s lightsaber in training) and a leg (after being betrayed by another inquisitor). Canon states her death at the hands of Cal Kestis, but even this may not be the end of the story.

Originally known as Prosset Dibs, a Jedi Knight in the comic series Star Wars: Jedi of the Republic – Mace Windu, he lost his faith in the order for turning the Jedi into soldiers during the Clone Wars. His attempt to murder Jedi Master Mace Windu ensured his fall and he re-emerged in the new Empire as Tenth Brother. Appearing in several encounters in the series Darth Vader: Dark Lord of the Sith, Tenth Brother joins the hunt for the scattered remnants of the Jedi Order under the direction of his Sith Lord. He meets his end when a Jedi turns his own troopers against him, mirroring the betrayal of Order 66.

Two other inquisitors are seen in Darth Vader: Dark Lord of the Sith – a male, twi’lek inquisitor and a female inquisitor of uncertain race. They’re unique in that they show a clear romantic attraction to each other, likely feeling freed from the Jedi prohibition on attachments and eager to explore their Sith hedonism. Vader is having none of this, however, and he kills them both.

Based on the inquisitor names we know from elsewhere, these two may have been Third Sister and Fourth Brother.

Inquisitors at the games

Star Wars video games have existed for decades and often featured characters from the movies or TV shows, but Jedi: Fallen Order is the first to make inquisitors a major part of the action. 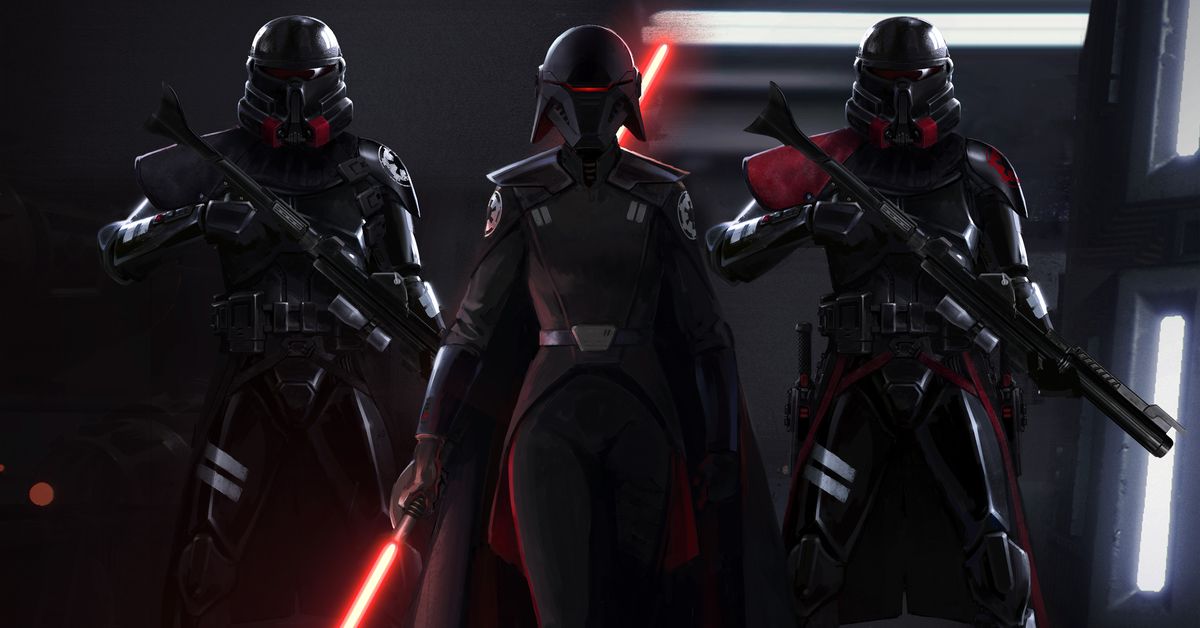 Second Sister is a truly formidable opponent, combining the sultry sadism of Seventh Sister and Fifth Brother’s raw power. Originally a Jedi who escaped Order 66, she was captured by the Empire and tortured to the breaking point. She then joins the Imperial hunt for any last Jedi and related Force-wielders with ruthless efficiency, before finally seeing the light and seeking forgiveness from her former master.

To date, no inquisitor has appeared in a live-action Star Wars production, but with so many new projects coming it’s only a matter of time. Rumors are flying that Ezra Bridger might be appearing in live action, just as Ahsoka and Bo-Katan Kryze have recently done. And if one main character from Star Wars: Rebels can make the jump, why not one main villain?

There’s a new series in the works that would be a perfect fit, too. The inquisitors are active between Revenge of the Sith and Rogue One, which is when Star Wars: Kenobi is set. Hiding from the Empire on Tatooine, Obi-Wan could certainly have adventures either avoiding or fighting the Imperial agents hunting him. I bet this old Jedi Master could even turn the hunt on its head.

Somehow, somewhere, a live-action appearance of one or more inquisitors would make for some epic story-telling. Here’s hoping.